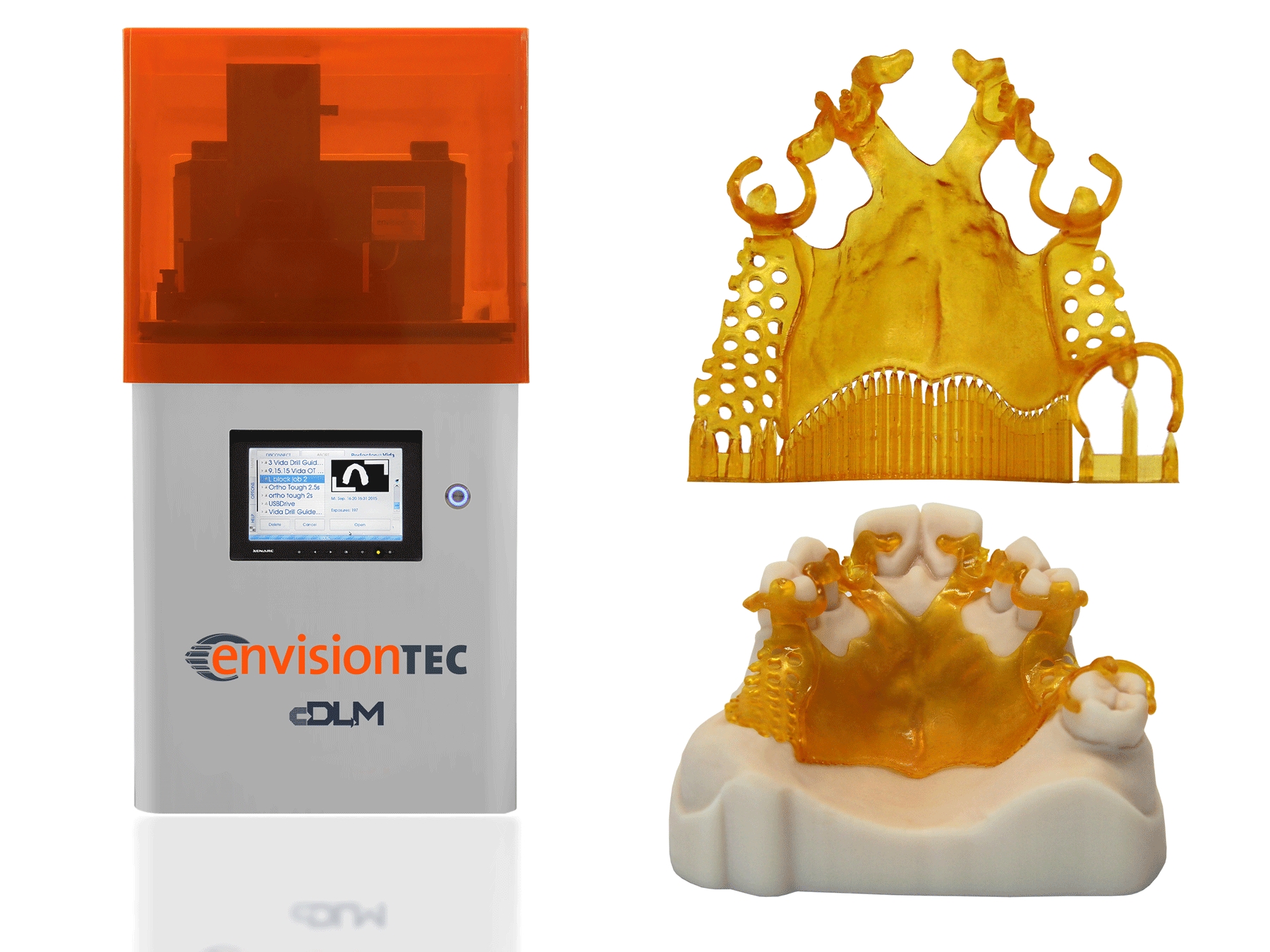 The unveiling will come at the LMT Lab Day in Chicago Feb. 24-25. Now in its 33rd year, LMT Lab Day is the largest dental lab event in the United States. Sponsored by LMT Communications Inc., publishers of LMT, or Lab Management Today, it showcases printers, scanners and other machinery to the dental lab industry.

The company said the Vida cDLM will have limited availability in the second quarter, with a full production launch to follow.

“EnvisionTec is proud to partner with leading dental professionals around the world on the development of new 3D printers and materials that are transforming the way custom dental parts are made,” said CEO Al Siblani. “Our expanding dental 3D printer line is now unrivaled for productivity, accuracy and flexibility of materials.”

The new Vida cDLM offers the same build envelope as the original Vida, at 3.78 x 2.13 x 3.94 inches, but puts print speeds into overdrive with continuous motion of the build platform in the Z axis. At the same time, the machine remains highly accurate, with an XY resolution of 50 microns and a Z resolution range of 25 to 150 microns, depending on material. The new technology also reduces the need for supports, allowing for easier cleanup and 3D printing of castable partial frameworks with delicate clasps.

During LMT Lab Day, EnvisionTec will also showcase a new 3D printing material, E-Model, a highly accurate and durable resin that has been in development for more than a year. It is suitable for creating models for thermoformed aligners, crown and bridge models and more. The material can also be printed on EnvisionTec’s large production 3D printers such as the Vector 3SP, which does not require consumable parts.

* E-Dent 400, which is more affordable than E-Dent 100, for the direct printing of temporary crowns, bridges and roundhouses.
* E-Gum, which was previewed at LMT Lab Day in 2016, creates flexible gingiva masks for integration into 3D printed dental models.
* E-Guard, also previewed at last year’s show, is an FDA-approved biocompatible crystal clear material for direct production of accurate night guards, bite splints and retainers.

Founded in 2002 with its pioneering commercial DLP printing technology, EnvisionTec now sells more than 40 printers based on six distinct technologies that build objects from digital design files. More at www.envisiontech.com.