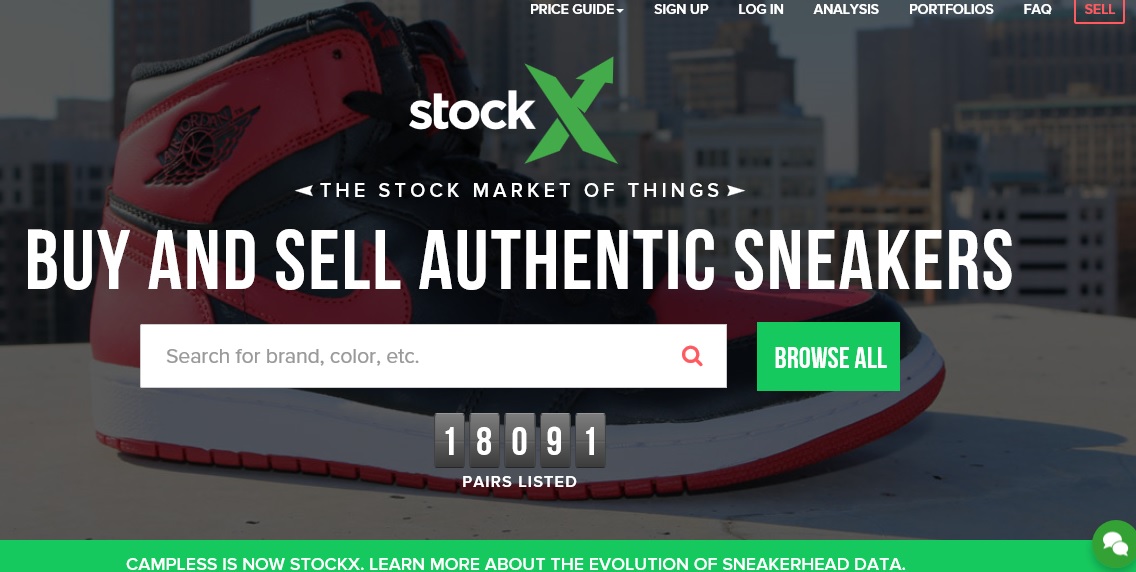 “With StockX, we’ve set out to create a unique form of commerce that genuinely doesn’t exist outside the stock market,” said StockX co-founder and CEO Josh Luber. “We are fortunate to have a unique group of investors – people who have changed the world in their respective fields and who are already helping us do the same.”

StockX, which was founded by Luber and Gilbert, is a consumer goods marketplace that connects buyers and sellers using a live “bid/ask” market – the same method used by the world’s stock markets. Company officials said it had “experienced explosive growth” over the past year.

Last month Nike released LeBron James’ retro sneaker line on StockX as part of the “Cavs Court SPO,” a StockX Product Offering (SPO), which included limited sneakers in a shoe box made from wood from the Cleveland Cavaliers championship court and a Cavs championship ring. This capped StockX’s first year, which also included the launch of native mobile apps, global expansion, an SPO with Roc-a-Fella records, a charity auction for hip-hop artist Ne-Yo, appearances on The Daily Show, SportsCenter, CNBC and NPR, feature articles in the New York Times, Bloomberg and Fortune, and producing a video with Wale and Hasan Minhaj that was nominated for a TechCrunch “Crunchie” for best launch video by a startup.

“Working at the dawn of the internet we could only dream of the transformative changes that would come, but they did –  the browser, search, e-commerce, social networking,” said Leonsis, former president and vice chairman of AOL, and current majority owner of the Washington Capitals, Washington Wizards, and Washington Mystics. “This is the power we knew the internet could deliver. This is why I’m investing in StockX.  A stock market of things has the power to transform both commerce and finance, and we will help however we can.”

StockX launched in February 2016 with an initial focus on the $6 billion global sneaker resale market, but the broader goal is to provide a transparent, anonymous and authentic marketplace for all consumer goods. This funding will help accelerate the expansion to other verticals, including watches and handbags, the launch of more and more innovative SPOs, and continued penetration into the sneaker market.