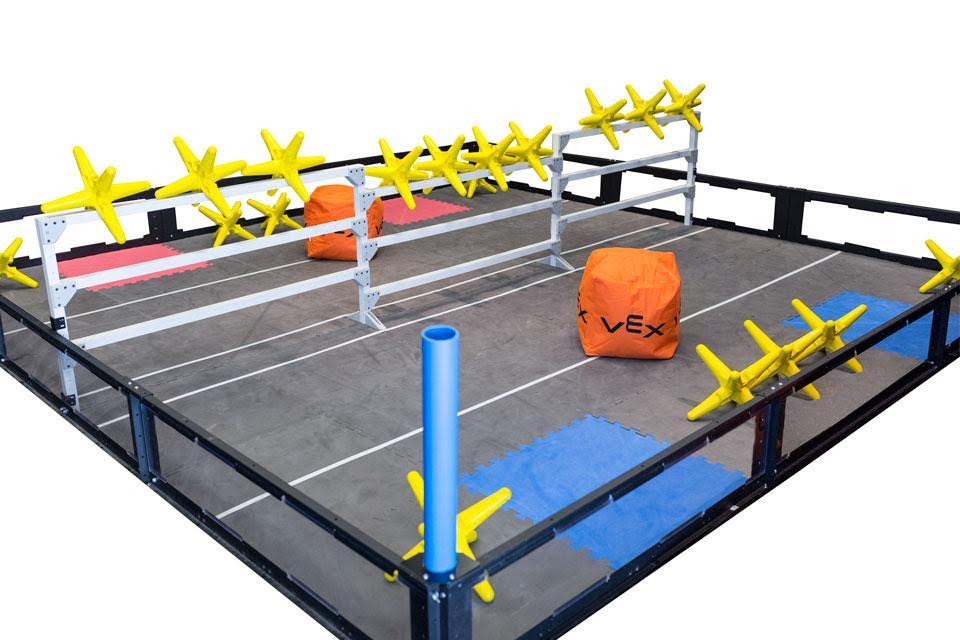 Competitors from 48 high school and 28 middle school teams will gather in Jenison Field House during the tournament that runs from 9 a.m. to 5 p.m. Opening ceremonies begin at 9:15 a.m.

“VEX is the fastest growing robotics competition in the country, and MSU is proud to nurture these young engineers and designers,” said Drew Kim, assistant to the dean for recruitment, scholarship and K-12 outreach in the MSU College of Engineering. “This is one of Michigan’s biggest STEM events each year, and one of the best ways to showcase MSU for students interested in technical fields.”

This year’s theme is “VEX Starstruck.” Using the VEX Robotics Design System, students build innovative robots and then compete on a 12-foot by 12-foot playing field. Points are scored by moving 24 stars and four cubes, and by expertly hanging their hand-built robot on a corner pole before time expires.

Two alliances, made up of two teams each, compete in qualifying matches. After qualifications, teams create three-team alliances.  Just like March Madness in college basketball, the elimination rounds will determine the best teams in the state.

“VEX Robotics helps middle and high school students learn the basics of technical communication, working together, trouble shooting, and having fun in a team setting,” said Bob Watson, K-12 outreach and robotics coordinator for MSU Engineering. “Our country needs a new supply of technical workers who are building a network of friends during these friendly competitions.”

The state winners will be headed to the 2017 VEX Robotics World Championship in Louisville, Ky., April 19-25. About 1,400 teams are expected to compete at the world games.

The state tournament is supported by MSU student volunteers, who help VEX participants learn the principles of engineering as they design and build their robots for competition, Watson said.

Watson said there are 369 VEX teams in Michigan, 242 in high schools and 127 in middle schools. MSU is the largest university sponsor of VEX Robotics in Michigan, supporting 24 teams around the state. Many of the teams are from schools with underrepresented student populations.

For more on the Michigan State University College of Engineering, visit www.egr.msu.edu.