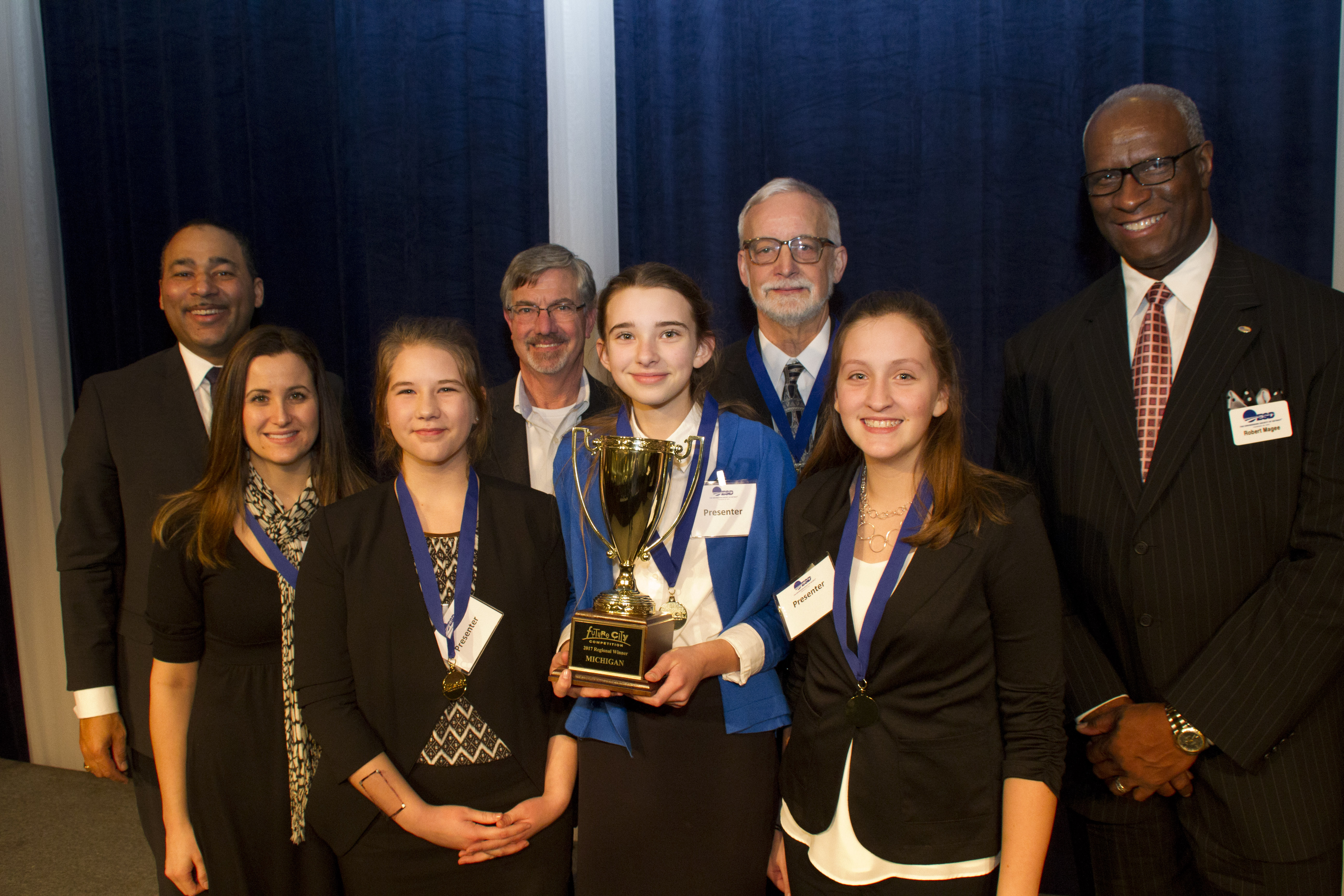 The daylong event was held at the Suburban Collection Showplace in Novi.

St. Valentine was one of more than 30 competing teams to participate in the event. Hundreds of students gathered at the Suburban Collection for the competition.

St. Valentine now advances to the Future City national finals, featuring regional winners from around the country. They will be held Feb. 18-21 in Washington, D.C.

Celebrating its 25th anniversary in 2016-17, Future City is a project-based learning program that challenges middle school students to imagine, research, design and build the cities of the future. This year’s theme is The Power of Public Space. Over 40,000 students, representing 1,350 schools in 37 U.S. regions and four international regions, take part in the Future City Competition.
The program proudly supports a great number of underserved communities. Students repeatedly report that the program increases their motivation and excitement about STEM (Science, Technology, Engineering, and Math). In addition, students and teachers report a marked improvement in students’ 21st Century skills.

St. Valentine’s city was named Briviba, which means “freedom” in Latvian. It was envisioned as a beautiful European city in Latvia reestablished in the year 2168.  Briviba is located on the Gulf of Riga, adjacent to several small lakes and wetlands for citizens to use. Residents enjoy a varied climate with warm summers, cold winters, rainy springs, and cool, beautiful autumns.

Students also proposed solutions to better use the Gulf of Riga.  This led to the development of public spaces underwater. Marine engineers worked closely with architectural engineers to design a groundbreaking public space called “Aquatic Commerce,” an underwater portion of the city that consists of a series of commercial buildings and public spaces that run on hydroelectric power produced by an underwater turbine. This public space is the first large scale functioning city in the world that is underwater. “Aquatic Commerce” is also a secure space for citizens to evacuate in case of any natural disaster. “Connect” pods transport citizens through a network of tunnels to get to this destination. It includes indoor parks, malls, and even a virtual reality museum called “The 5 Sensation Experience.”

In addition to the first through fifth place awards, students also competed for special awards for specific areas or characteristics of their cities, many of which were sponsored by institutions and businesses. Special award winners in the Michigan Region were as follows: