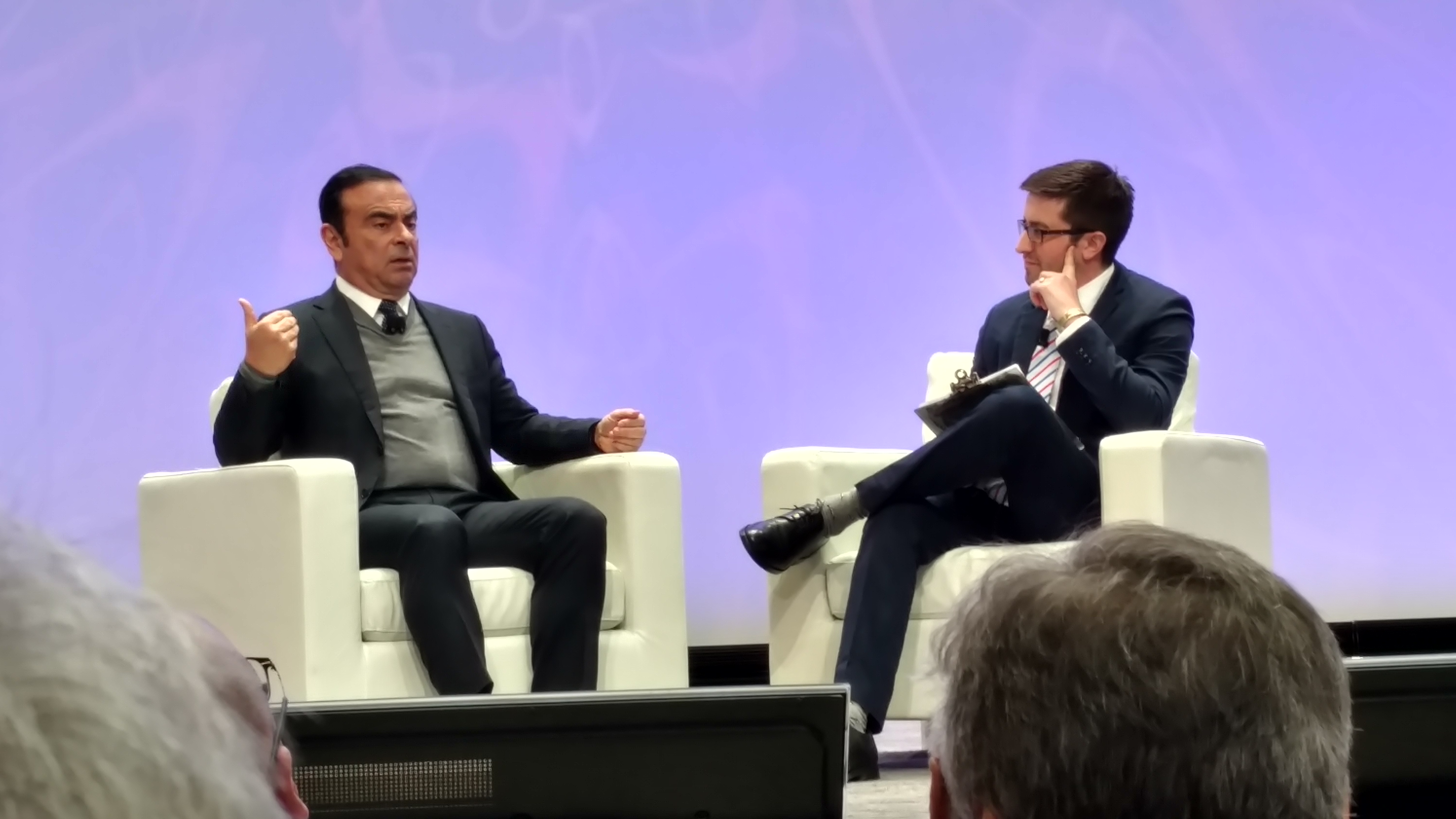 And in a speech at the North American International Auto Show here Monday, Ghosn observed the similarities between the Detroit auto show and the last trade show he attended, last week’s CES tech show in Las Vegas.

“Technology is now as important as the vehicles themselves,” Ghosn said, pointing out the high-tech touches in Nissan’s two Monday introductions, the Rogue Sport small SUV and the VMotion 2.0 luxury concept car.

In the brief speech and in a 45-minute press conference that followed, Ghosn said automakers now depend on open source technologies for software and sensors that produce the in-vehicle experiences customers expect — as well as put automakers on the road to autonomous vehicles.

And Ghosn was quick to point out the difference between what he called autonomous vehicles — “automobiles with a driver who can decide whether he drives or not” — and driverless vehicles, “which is a separate technology.”

Ghosn also pointed out that autonomous vehicles “must still be attractive, reliable, and comfortable, and manufactured by an industry that is so regulated that it makes carmaking extremely complicated and difficult.”

Ghosn also said his car companies are preparing for a future in which cars may be shared by more than one owner, testing co-ownership in Europe and Japan. “We know it is not a rational decision for everyone to own a car … this is the era for experimentation by every automaker.”

And Ghosn said he wasn’t worried about changes in vehicle mileage regulations or trade deals under a Trump administration. He said the auto market is a global one, and the global push will be for greater fuel economy and lower emissions no matter what happens in the United States. As for trade deals, he said, “What you’re hearing from Trump is American jobs first. What you’re hearing from us is no foreign exchange risk. Those things are compatible. It means building in the U.S. what you sell in the U.S., building in Mexico what you sell in Mexico, building in Japan what you sell in Japan. Up to now the only rules in North America was NAFTA. We play by the rules. If the rules change, we will adapt. We all want to avoid foreign exchange risk wherever possible.”

Ghosn also said he doesn’t want to push too hard from the top to standardize and commonize his vehicle brands, because if he’s too heavy-handed, engineers might not feel personally responsible for their work.