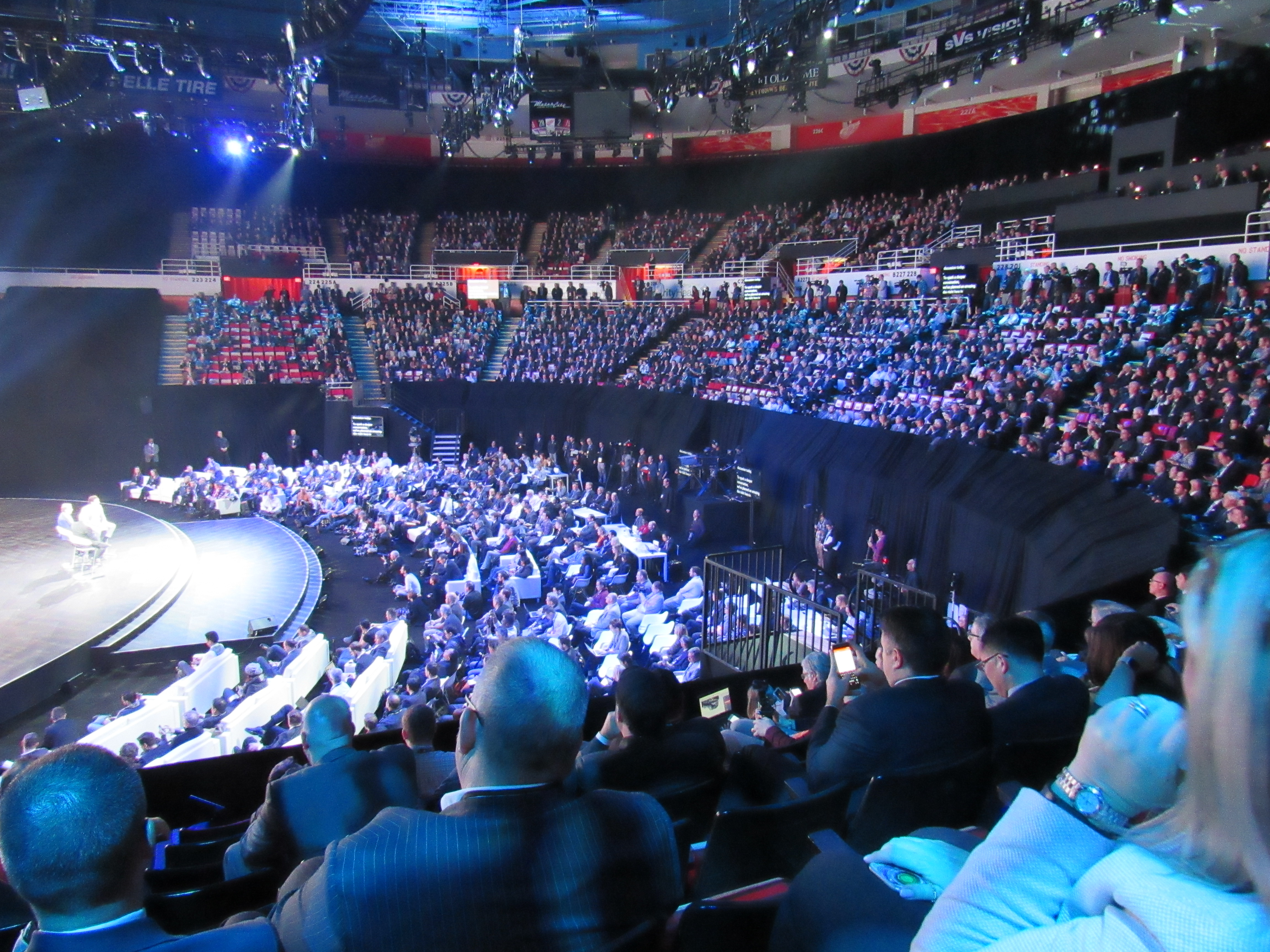 But it was a whole lot more.

Executive chairman Bill Ford, CEO Mark Fields, and veteran journalist and public policy analyst Walter Isaacson gave a peek at the City of Tomorrow, which also happens to be the title of a daylong seminar Ford is co-hosting Monday in Detroit.

The event is an outgrowth of the Ford Smart Mobility initiative, which has Ford moving from merely an automotive producer to a provider of mobility products and services of all kinds, from car sharing to mass transportation.

Bill Ford said the automaker is interested in the broader topic of mobility becuase of the challenges of pollution, climate change and urban gridlock, which will hamper economic growth — and therefore auto sales, but also the quality of human life. “We need the world’s best entrepreneurs” tackling these topics, he said, not just automakers. “There is no silver bullet, one size does not fit all.”

Ford’s press conference was held in a practically unrecognizable Joe Louis Arena, half of which was curtained off. The ice surface was covered in carpet, with big overstuffed leather chairs for Ford executives and VIPs and desks and chairs for the assembled crowd. A curtain blocked off half the arena, to which was attached a giant screen bearing perhaps the biggest Ford blue oval ever projected — at least 100 feet wide. The general public sat in the hockey arena’s upper deck. Perhaps 5,000 people attended.

During the car and truck part of the event, Ford executives rolled out a slightly redesigned Ford F150 pickup, America’s best-selling vehicle. They also announced the return of a midsized truck, bringing back the Ford Ranger nameplate in 2019. (The modernized Ranger is already the best-selling midsized truck in Europe, Australia and New Zealand, but for reasons unknown, Ford hasn’t sold it in the United States until now.) Ford also announced it’s bringing back a midsized four-wheel-drive vehicle with serious off-road capability under the Ford Bronco nameplate in 2020. Both the Ranger and Bronco will be assembled at Ford’s Michigan Assembly Plant in Wayne, good news for Ford’s Michigan work force and the state’s economy.

Ford also announced it would roll out 13 new electrified vehicles in the next five years, including a hybrid F150 and Mustang, two new hybrid police cars, a Transit Custom plug-in hybrid van, an all-electric small sport utility vehicle with a 300-mile range, and, by 2021, a fully autonomous electric vehicle.

The company is also piloting wireless charging of EVs.

Ford officials noted that 90 percent of all traffic crashes in the U.S. are caused by driver error, and that vehicle autonomy will go a long way to reducing that figure. Ford also said that autonomous vehicles will bring mobility to the elderly and people with disabilities.

On the environmental front, Bill Ford said it was the company’s goal to produce cars with net zero carbon emissions, zero waste to landfills, zero net water use, and zero use of conflict minerals.