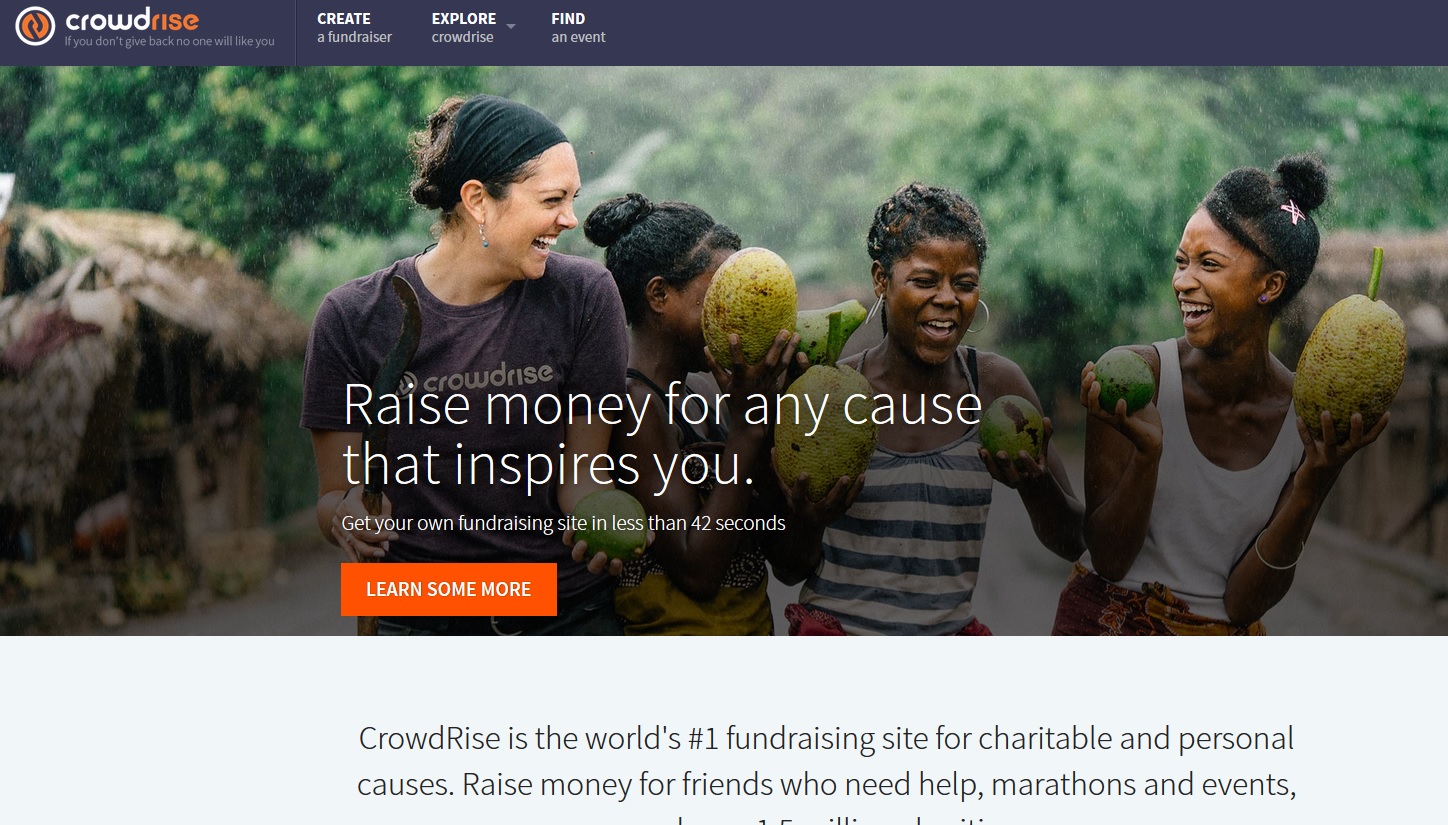 CrowdRise’s mission is to make giving back fun, and the CrowdRise Giving Tower is an effort to further that mission. The Giving Tower is an immersive giving experience that incorporates innovative technology, virtual reality, and friendly competition. Designed to enable charities and donors to experience collective giving in real time, The Tower grew over the course of the day as donations came in.

“We launched CrowdRise because we thought if we could make giving back fun and interesting and notable, way more people would want to do it,” said CrowdRise CEO and co-founder Robert Wolve. “Five years ago, when we talked about campaigns like the Giving Tower, people thought we were crazy. There was this idea that giving back had to be serious and even somber.”

But on Nov. 29, he said, “thousands of decent humans once again threw that notion out the window — the community built a virtual tower by donating to some of the most serious and amazing causes out there”

Encinitas, Calif.-based Cure JM Foundation raised the most money in yesterday’s campaign on #GivingTuesday with more than $168,000 and won the $25,000 bonus donation. Coming in second, Elephant Sanctuary in Tennessee raised over $151,000, followed by Raleigh, N.C.-based Multiple System Atrophy Coalition with nearly $120,000.

This year, the CrowdRise Giving Tower reached over 6,500 feet, overtaking the Burj Khalifa, the tallest building in the world. Charities fiercely competed by fundraising for a $25,000 donation from CrowdRise, the Craig Newmark Foundation and the Charity Network.

Additional campaigns on CrowdRise continued to perform throughout the day as well. John Hancock, for instance, hosted its second annual #GivingTuesday campaign and set a new single-day Boston Marathon fundraising record generating $934,285 in funds, and donating $2,620 to the South Boston Neighborhood House on behalf of Robert Boyda, for being the top fundraiser in the campaign. Boyda raised $19,450 for the South Boston Neighborhood House.

The Giving Tower campaign kicks off the CrowdRise Holiday Charity Challenge, a year-end fundraising campaign for charitable organizations of any size to leverage their traditional holiday giving in an innovative and fun competition where the top-raising charities win grand prize donations for their causes.

In addition, participants will have the opportunity to win up to $60,000 in Weekly Bonus Challenge prizes.

For more information or to donate visit crowdrise.com/givingtower

CrowdRise is the world’s largest and fastest growing online platform dedicated exclusively to charitable fundraising. Founded by actor Edward Norton, film producer Shauna Robertson and Robert and Jeffrey Wolfe, CrowdRise has conceived, implemented and powered campaigns that have raised hundreds of millions of dollars to date. It has offices in Royal Oak and Los Angeles. For more information visit www.CrowdRise.com.