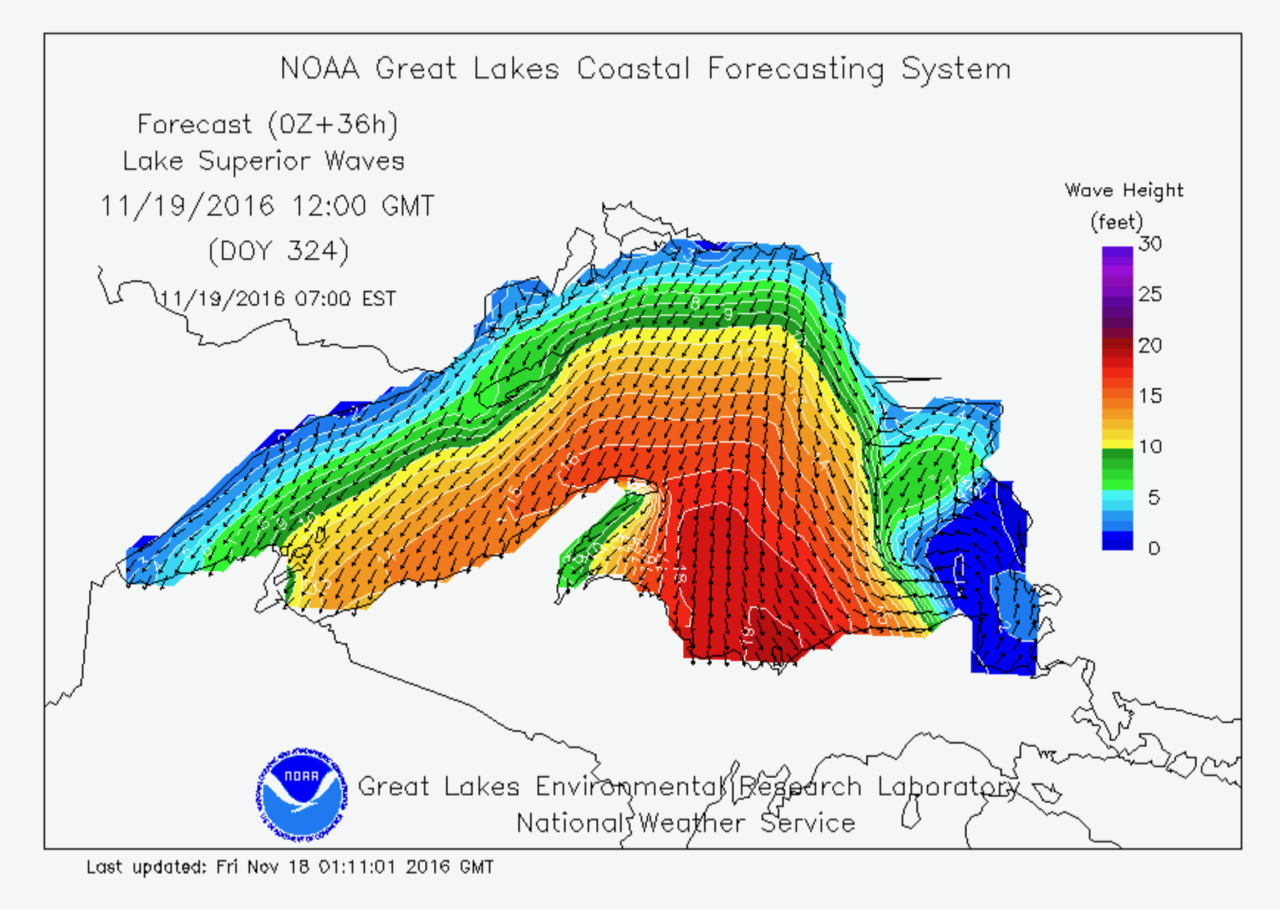 The Great Lakes are more like inland seas. From the cold depths of Lake Superior fisheries to the shallow algae blooms of Lake Erie, the bodies of water differ greatly from one another. Yet they are all part of one climate system.

Up until now, atmospheric models and hydrodynamic models have remained separate to a large extent in the region, with only a few attempts to loosely couple them. In a new study, published this week in the Journal of Climate (DOI: 10.1175/JCLI-D-16-0225.1), an integrated model brings together climate and water models.

The collaborative work brought together researchers from Michigan Technological University, Loyola Marymount University, LimnoTech and the National Oceanic and Atmospheric Administration’s Great Lakes Environmental Research Laboratory. Pengfei Xue, an assistant professor of civil and environmental engineering at Michigan Tech, led the study through his work at the Great Lakes Research Center on campus.

“One of the important concepts in climate change, in addition to knowing the warming trend, is understanding that extreme events become more severe,” Xue says. “That is both a challenge and an important focus in regional climate modeling.”

The team’s model is so complex it takes a supercomputer to run the calculations and Xue works with the Superior supercomputer at the Great Lakes Research Center. The calculations offer more detailed simulations for a region where more than 30 million people rely on the Great Lakes for water and other resources. Getting the full benefit of tailored regional projections requires getting into the nitty-gritty of modeling.

The name of the new model—TC-3D-GLARM—says it all. It stands for Two-way Coupled 3-D Great Lakes-Atmosphere Regional Model. What that means is the model resolves the back and forth interactions between water and atmosphere by taking into account factors that influence each other, acting like traffic control on a busy two-way street.

In uncoupled models, the level of control is like a stop sign that cannot change in response to actual traffic and the factor plugged into the model is predetermined. Two-way coupling is like having a responsive traffic light that changes its red and green durations based on traffic patterns. In TC-3D-GLARM, factors like solar radiation, wind speed, water thermal structure and lake ice all influence each other, producing a more nuanced simulation of hydroclimatic interactions.

“When we link all these components together,” Xue explains, “we get much closer to simulating an actual earth system.”

In addition to two-way coupling, modeling the Great Lakes is exceptionally challenging because of the variability in the water bodies.

The lakes are large enough to act more as seas, and each has distinct features that are difficult to accommodate in a regional climate model loosely coupled with a 1-D lake model. In order to resolve the inaccuracies that simpler hydrodynamic models are forced to brush over, Xue and his team turned to 3-D lake modeling. Doing so enabled them to look much more accurately at current patterns, thermal stratification and mixing as well as account for water systems that change a lot over great depths and broad areas.

For comparison, most widely used global climate models use only tens of grid points (roughly 0.5 degree resolution) to cover all of the Great Lakes, if they account for the lakes at all. Even existing regional climate models rely on 1-D lake models that are more suitable for shallow and small water bodies with fewer dynamic processes. To create a more nuanced view, like what has been accomplished already in ocean coastline modeling, TC-3D-GLARM simulates the hydrodynamics of the Great Lakes region with 3-D hydrodynamic model constructed of 40 vertical layers and 2-kilometer horizontal grid resolution. That’s roughly 50,000 grids for each layer, which enables feedback between air and water data.

“This kind of approach has been recognized as a critical step in the Great Lakes region that has been building over the past decade,” Xue says.

Linking all five Great Lakes under one regional climate model that incorporates their individual variability is critical for getting more specific and accurate modeling data. The researchers vetted the model’s accuracy by comparing its simulations to historical records and satellite data.

Accuracy is a matter of putting the components all together, Xue says, adding that the next step is to complete the water cycling among atmosphere-lake-land surfaces within the model.

“Right now, our model two-way couples the atmosphere and water, as well as atmosphere and land surface, but the surface runoff has an impact on the lake that isn’t accounted for yet,” he says. “By converting runoff information into river inflow, TC-3D-GLARM will be able to provide a complete estimate of the surface water cycle.”

Xue says that refining the model is a community effort. The team plans to work with current collaborators to apply and test the limits of the model and hopes to work with other researchers to expand it.  In its current version, the new model provides better footing to further Great Lakes research. By doing so, scientists will glean more information about everything from regional climate change and ecosystem health to shipping and invasive species.