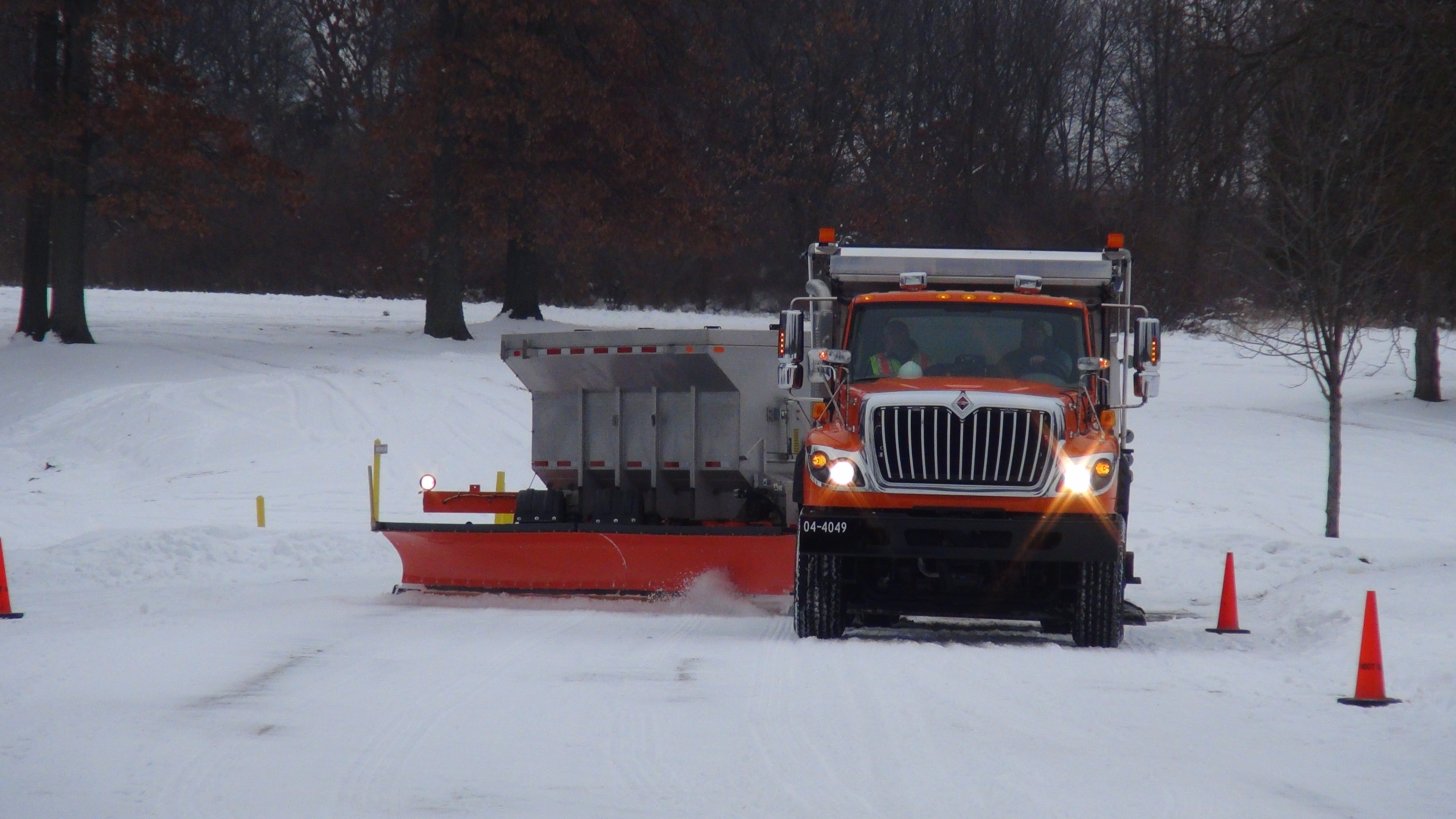 SOUTHFIELD – With winter driving season just ahead, there’s hope that new technology can clear snow off roadways faster – and save taxpayers money.

A research report developed by Lawrence Technological University faculty says the state could shave almost $5 million off its annual snowplowing bill by deploying tow plows – trailers that swing out diagonally from the back of snowplow trucks that let them move snow off two lanes in one pass.

The report makes that projection after more than two years of testing and analysis with the state’s current fleet of 14 tow plows.

The report says that if state and county road maintenance officials had 42 tow plows in their snow removal arsenal – the number required to cover the entire state – it would save $4.8 million in personnel and other operating costs in a typical winter. That’s because the plows could clear snow from more lanes faster.

And there would be even more savings in avoiding winter travel delays and accidents, according to Nishanthra Bandara, LTU assistant professor of civil and architectural engineering, principal investigator on the study.

Tow plows “can plow a 24-foot-wide path down a road, meaning you can clear a three-lane freeway in two passes instead of four or five,” Bandara said.

The study, commissioned by the Michigan Department of Transportation, saw the tow plows tested in seven snowstorms between January 2014 and March 2015. Most of the tests were conducted on I-96 and US-23 in the Brighton area.

Bandara said he drove behind the tow plow in a truck outfitted with a road friction measuring device manufactured by the Danish pavement engineering consulting firm Dynatest. The device showed that the tow plow did just as good a job of clearing snow as a conventional plow truck.

The MDOT currently has 14 tow plows in 11 road maintenance garages around the state. Just using those regularly, the report showed, could save the state $1.4 million a year in snow removal operating costs. And if state and county road officials make the investment to fully deploy tow plows, the projected saving goes up to $4.8 million.

The study also included cost analysis of travel delays avoided in several snowstorms. By analyzing travel speeds on I-96 near Lansing when tow plows were tested, the report estimated more than $100,000 in travel delay costs avoided – in just one snowstorm.

The report’s other authors were Elin Jensen, associate dean of graduate studies and research in LTU’s College of Engineering, and Frank Holt, retired senior vice president of Dynatest’s office in Westland.

State officials are enthusiastic about using tow plows, which cost about $90,000 each and are manufactured in Missouri.

“This study says to me that this new tool is safe and effective,” said Melissa Howe, region support engineer in maintenance field services for the MDOT. “We’ll see direct savings, and savings on the part of drivers in delays avoided.”

The cost of the study was $195,224, 80 percent of which was paid by the Federal Highway Administration.