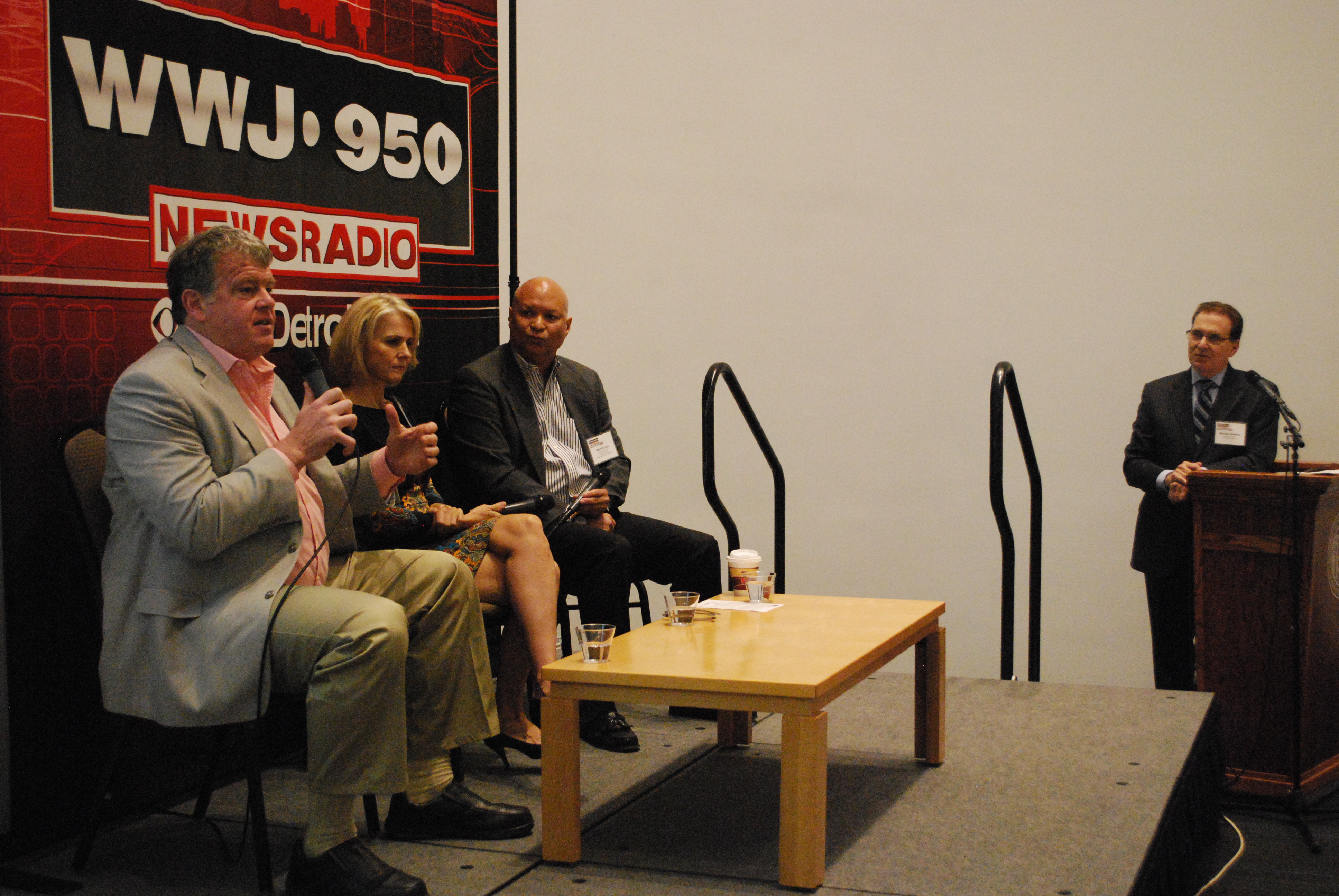 SOUTHFIELD —  When it comes to networking, by all means, make use of the latest technology.

But never forget the human touch.

In a presentation titled “Building and Maintaining Relationships and Networking,” panelists said people seeking to grow their careers and businesses should use web-based networking techniques like LinkedIn and Twitter.

Panelist Jon Witz, founder of Jonathan Witz & Associates, is a festival promoter who started out in the 1980s managing the State Theater in Detroit and branched out into events like Arts, Beats & Eats, the Labor Day music and art festival in downtown Royal Oak. He said the favorite part of his job is “bringing together people in peace, especially in this divisive environment now, since this last election.”

Witz said that when Arts, Beats & Eats moved from downtown Pontiac to downtown Royal Oak, it was “very controversial,” so he “knocked on every door in Royal Oak. Not only did I meet potential sponsors, but I made collaborators and supporters. Not all networking is about bringing in top line business.” He said it’s also about building goodwill and friendships.

Panelist Margaret Trimer-Hartley is president and CEO of Junior Achievement of Southeast Michigan, and said JA offers economic opportunity to youth by giving them business experience. She’s a former education reporter for the Detroit Free Press and spokeswoman for the Michigan Education Association, and said her networking experience was boosted significantly by covering the Detroit Regional Chamber’s Mackinac Policy Conference. She said that despite modern technology, personal touches like personal, handwritten notes are still crucial to building business relationships. “Warmth and sincerity only come through face to face,” she said. “It has to be how can I help, not just how can I get.”

Panelist Mark S. Lee is president and CEO of the Lee Group, a business in strategic marketing consulting, brand development and audience attraction. He was previously chief marketing officer at AAA Michigan. He said he’s built his brand through a talk radio show, public speaking and columns in local news media. “I have nothing against technology, I use it all the time, but I think people hide behind it,” he said. “I don’t mind if you connect with me on LinkedIn or Twitter, but that should not be your primary communication vehicle. Looking people in the eye is the foundational piece of networking.”

All three panelists said help and training are available for those who aren’t natural networkers.

And, they said, challenges are ahead for personal networking, in an era when millennials don’t read newspapers or watch much television except on their own schedule on apps.

The LTU-WWJ Leaders and Innovators Series resumes Thursday, Feb. 16 with a program on entrepreneurship and starting a business. It continues Thursday, March 16 with a discussion on social media and small business. The series wraps up for the program year on Thursday, April 13 with a program on work-life balance. All programs begin with networking at 7:30 a.m. and presentations from 8 to 9 a.m., and are held in LTU’s University Technology and Learning Center Gallery, 21000 W. 10 Mile Road, Southfield. To register, visit this link.