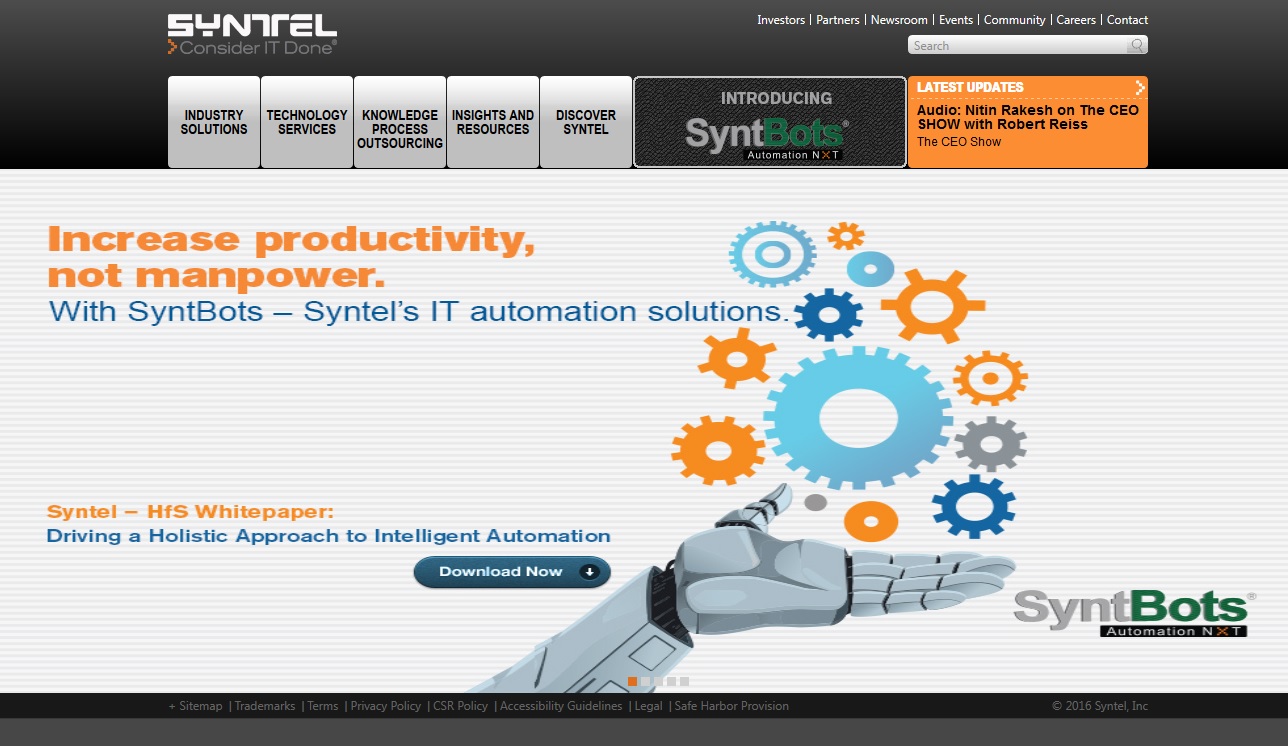 TROY — Nitin Rakesh, an Indian-American businessman, has stepped down as president and CEO of the Troy-based IT services provider Syntel Inc. after 30 months on the job.

Syntel also announced the appointment of prashant Ranade, formerly executive vice chairman, as co-chair of the Syntel board.

Khanna has been COO since January 2012. He was president of Syntel’s banking and financial services business unit from July 2005 to December 2011.

The company gave no reason for the departure. The trade publication CRN.com, formerly known as Computer Reseller News, quoted “a source familiar with the situation” as saying Rakesh’s resignation “was a personal decision on his part.”

On Oct. 20, Syntel reported third quarter revenue of $241 million, down 5 percent from $253.6 million a year earlier. The company posted a loss of $217.2 million vs. net income of $77.7 million a year earlier, due to a one-time charge of $271 million associated with taxes on the repatriation of $1.24 billion in cash that had been held overseas. The company used the money to pay a special one-time dividend of $15 a share to its stockholders.

Syntel provides IT services and outsourcing, with four development centers in India and one in the Philippines. It also has U.S. development centers in Phoenix, Ariz., Nashville, Tenn. Memphis, Tenn. and Baltimore, Md. It was founded in 1980 as an IT staff augmentation firm by Bharat Desai, with his wife, Neerja Sethi.