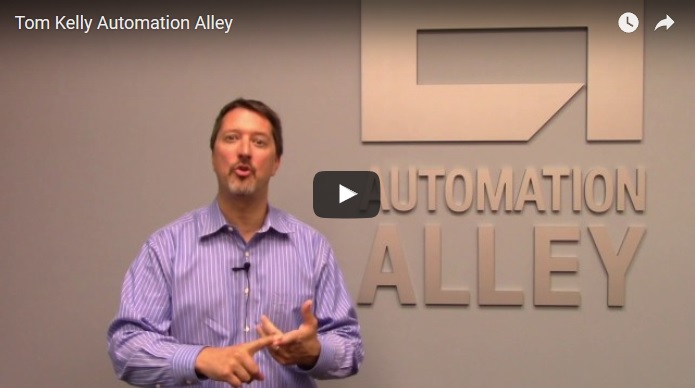 “We look forward to offering our membership this unique business growth opportunity through MITechNews.com. With video news updates, our members can share news about their organization and further promote their business to the tech community,” said Tom Kelly, Automation Alley’s executive director.

“We’re very excited to be partnering with Automation Alley on this exciting new project,” said MITechNews.Com Editor and Publisher Mike Brennan. “We’re kicking off our video news service with the biggest technology organization in the Midwest, so we know there will be a lot of great stories for us to cover, on video.”

MITechNews.Com, a member of Automation Alley, was Michigan’s first website dedicated to covering technology news in Michigan, starting in 2000. Today, it offers news from its website, through two weekly eNewsletters, on the M2 (Squared) TechCast — a weekly Internet radio show with co-host Matt Roush, university news bureau director at Lawrence Technological University, and on a 5-minute Michigan Technology News segment on the Internet Advisor show on WJR 760 AM in Detroit.

Automation Alley Video News Updates are 90-second video available for $499. The package includes extensive promotion not only by Automation Alley, but also MITechNews.Com. All videos booked through Dec. 31, 2016 are priced at $399, a 20 percent savings.