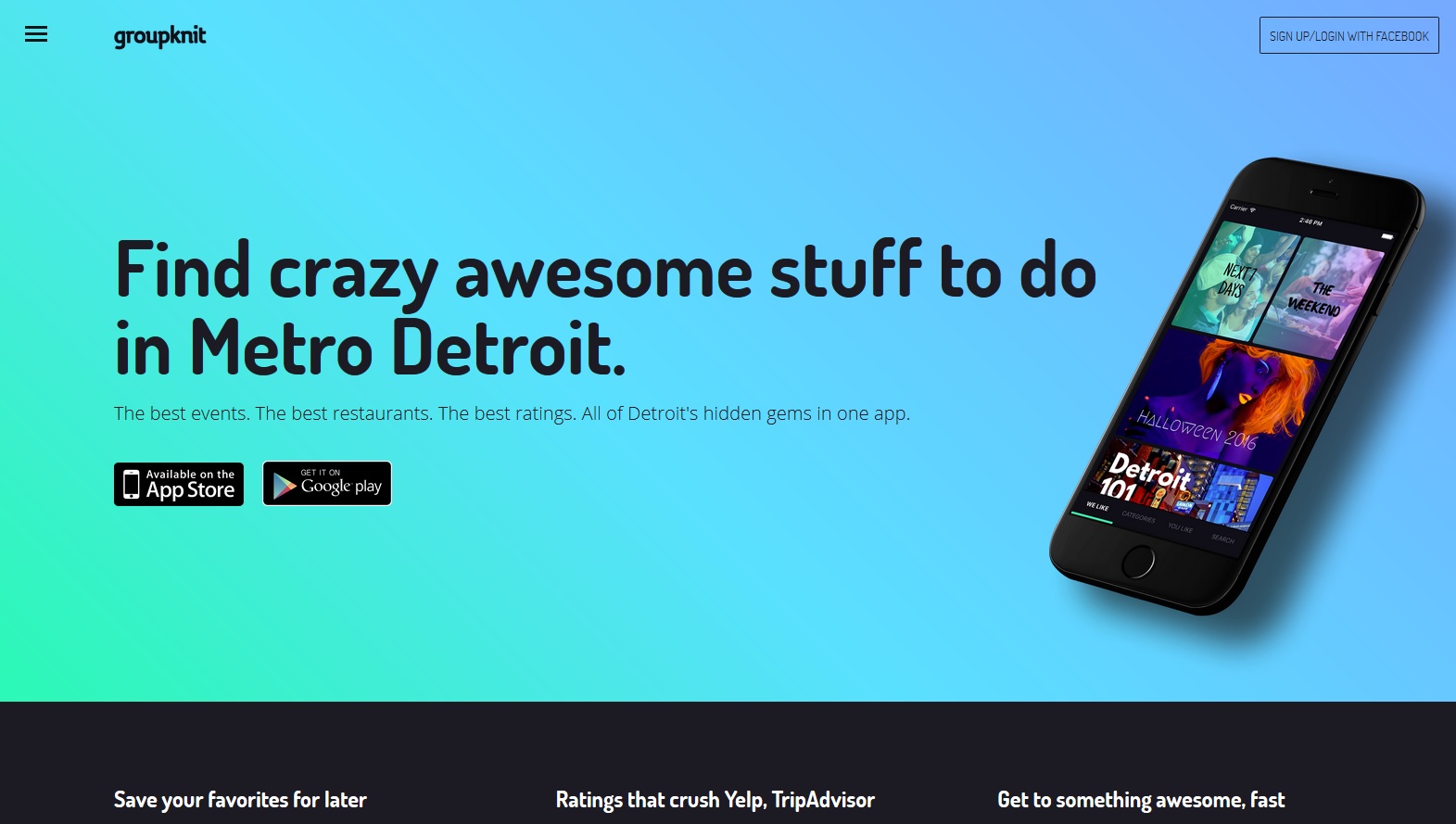 TROY – Groupknit, a start-up company incubated by the Troy-based engineering technology developer Altair, has launched its free iOS and Android apps to help people find the best restaurants and events in Metro Detroit and Ann Arbor.

Company officials say the app offers a proprietary algorithm and deep knowledge of the area to explore and rate local attractions.

Said co-founder Christian Buckner: “Our early adopters have had extremely positive experiences using Groupknit, which has helped them to rediscover the area by attending events and dining at restaurants that they otherwise wouldn’t have found. In addition to our website, having Groupknit available as both iOS and Android apps will enable a tremendous number of people to take advantage of the great things our region has to offer.”

While Groupknit has focused solely on Metro Detroit and Ann Arbor now, the company plans to expand its reach in 2017 to several other high-potential markets. Detroit was chosen as the initial location based on the amount of new development occurring within the city and the impressive comeback path that has emerged from a nascent movement to a nationally-recognized success story. “There has never been a better time to go out and experience the best of our region,” said Buckner, a native of Metro Detroit.

Added James R. Scapa, Altair founder, chairman and CEO: “Altair has always been a place with a strong culture of innovation. We are pleased to have provided seed funding for this new venture along with incubating it at our headquarters and offering technical expertise and business guidance.”

The app is available free at Google Play and the iOS App Store.

Founded in 1985, Altair is focused on the development and application of simulation technology to improve designs, processes and decisions. Privately held with more than 2,600 employees, Altair has 45 offices in 20 countries and serves more than 5,000 customers.