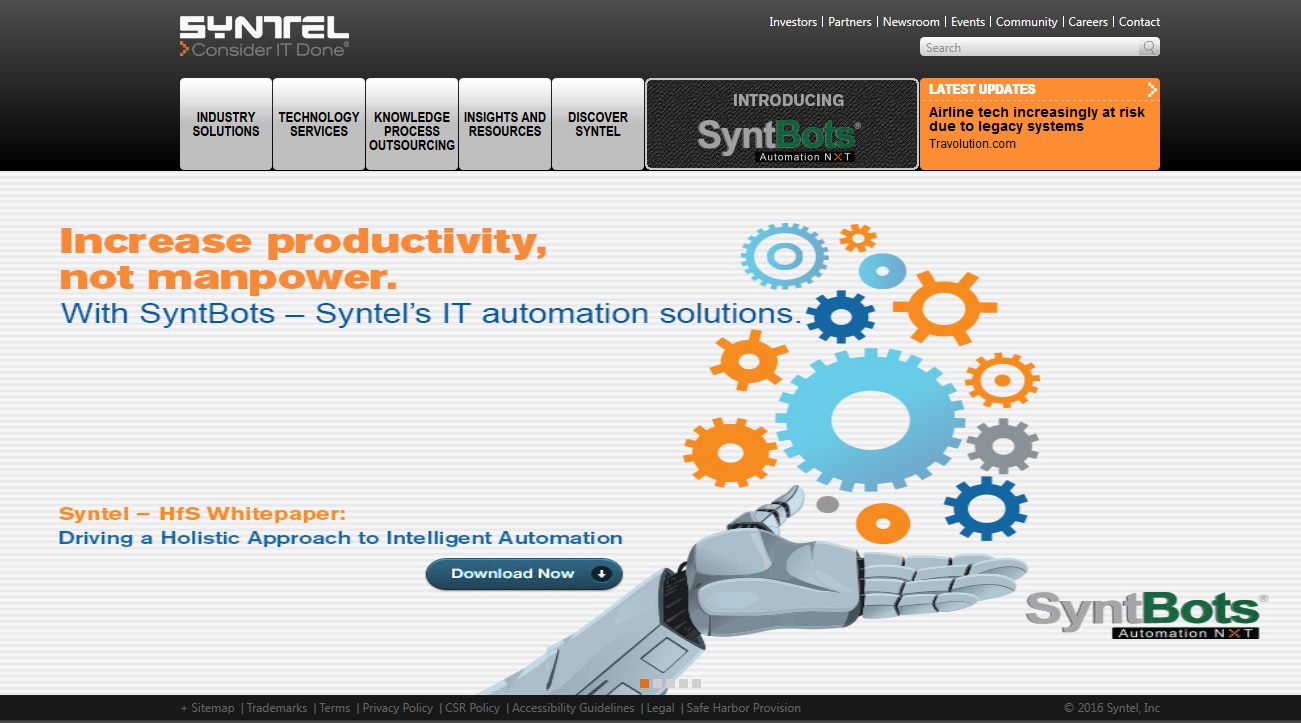 “Market conditions were challenging during the third quarter as macroeconomic, business and regulatory uncertainty impacted customer spending in what is typically a seasonally strong period,” said Syntel CEO and President Nitin Rakesh. “Despite this, we continued to see some signs of stabilization in our insurance segment, including in the personal lines sub-industry.”

The company declared a one-time cash dividend of $15 a share to its shareholders during the quarter.

Based on current trends and an exchange rate assumption of 67 Indian rupees to the dollar, the Company currently expects 2016 revenue of $960 million to $970 million and loss per share in the range of 65 to 75 cents.