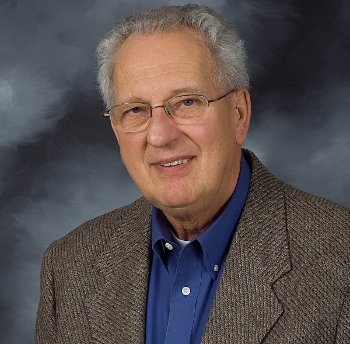 HOUGHTON — Terry L. Sharik, dean of the School of Forest Resources and Environmental Science (SFRES) at Michigan Technological University, has made a donation to the university to establish the Terry L. Sharik Endowed Fund for Natural Resources Workforce Diversity.

The fund is designed to enable others to contribute to it.

“My hope is that others will begin to contribute to it in the near future,” Sharik said. To donate to the fund, go to www.mtu.edu/giving/, choose Make a Gift, Other, and in the Special Instructions box, type Fund #4155.

He explained the reason for his gift: “I decided to make this gift because I care deeply about the future of the natural resources profession, which in my opinion requires a diverse workforce if it is to serve society at a high level. That diversity is woefully lacking at the present, especially with respect to gender and even more so, race/ethnicity.”

The endowment is designed to help Michigan Tech’s SFRES to educate the diverse workforce that Sharik says is fundamental to stewarding the natural resources of our country and the world well into the future.  The endowment will provide permanent resources for efforts to increase and support underrepresented populations of students, faculty and staff in SFRES.

“Terry’s generous gift is especially significant because it reinforces his and Michigan Tech’s commitment to diversity,” said President Glenn Mroz.  “It is also an outstanding example of the culture of philanthropy among our own faculty and staff.”

Earlier this year, Sharik also endowed a natural resources diversity fund at West Virginia University, where he earned his bachelor of science degree in forestry and wildlife management in 1964. He is also giving to the University of Michigan, where he received his master of forestry degree in forest recreation and his Ph.D. in forest botany, in 1964 and 1970, respectively, with the funds to be used for similar purposes.

“I feel strongly that I should give back to the academic institutions that put me on my professional career path and helped make me who I am today,” said Sharik at the time. “Secondly, I feel deeply that we need to increase diversity in the natural resources profession to a point where it is reflective of society as a whole.”

He taught previously at Michigan Tech from 1986 to 1993, also serving as president of the University Senate and co-director of the Lake Superior Ecosystem Research Center.