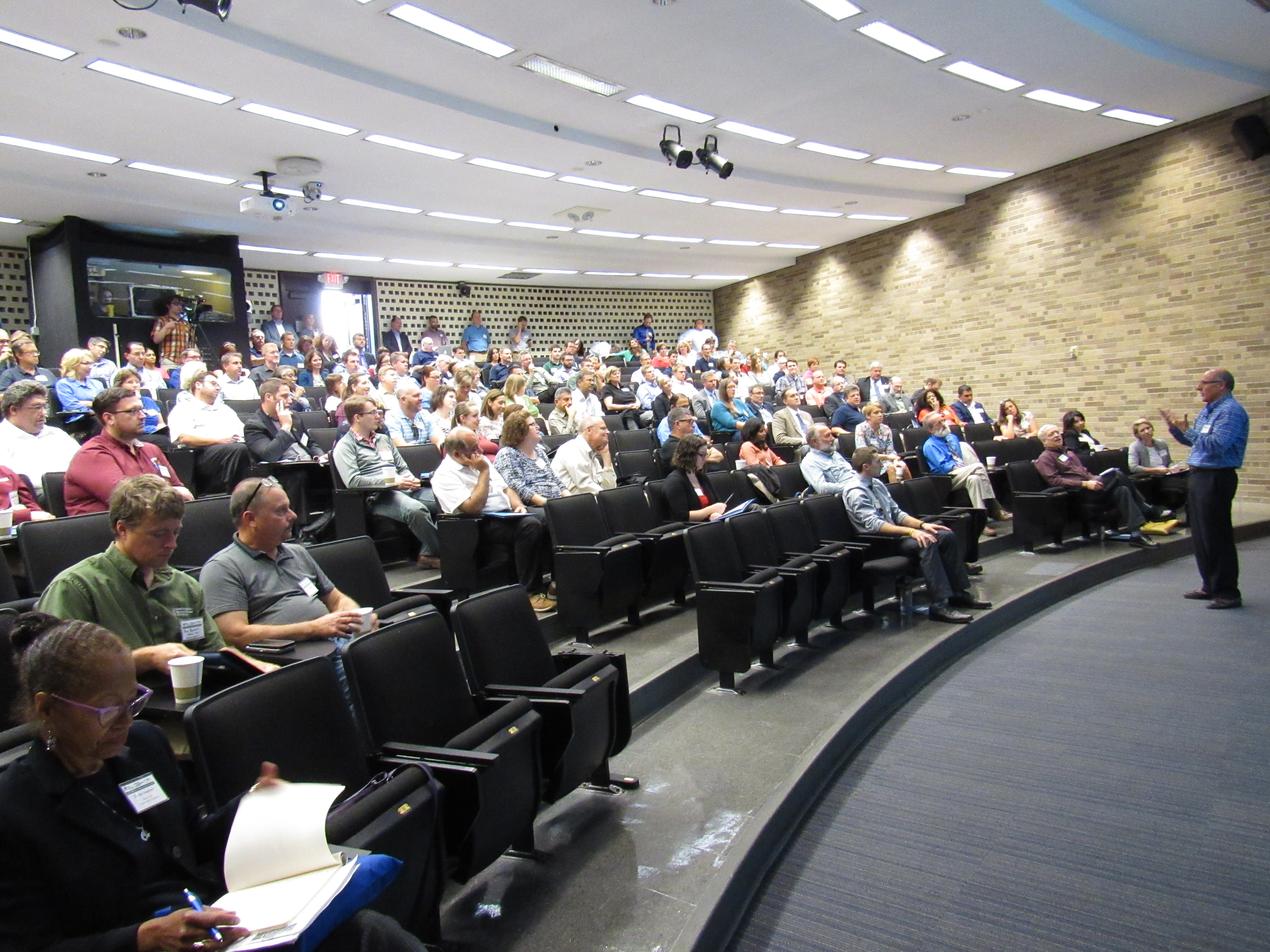 SOUTHFIELD – What does Michigan do with the extra water that comes from heavy rainfall events that now seem to flood the area every few years?

Nearly 300 government officials, engineers and infrastructure experts gathered Friday at Lawrence Technological University to continue the effort to figure that out.

The fourth annual Regional Stormwater Summit, presented by LTU, the Oakland County Water Resources Commissioner’s Office and the nonprofit group Pure Oakland Water, had no easy answers, but speakers at the event said green infrastructure will be a key part of the solution.

After graduating from LTU, Bezak earned a master’s degree at Virginia Tech in 2008. A registered professional engineer (PE) and accredited professional under the Leadership in Energy and Environmental Design (LEED) program, she’s been working full time on the D.C. CSO project since 2013.

Bezak said the D.C. project is a combination of “green” and “gray” infrastructure. Like Detroit’s solution, the nation’s capital is building large storage and water transport tunnels to hold excess stormwater runoff for treatment. That’s the “gray” part, since it’s made of concrete.

And the district is also creating widespread “green infrastructure” developments like permeable pavement in parking areas and alleys, and bioretention and bioswale areas – essentially, small, man-made wetlands that will use natural processes to treat stormwater runoff.

Later in the conference, Chuck Hersey, a senior policy fellow with the Lansing policy research firm Public Sector Consultants, gave attendees a perspective on their work in keeping Michigan’s water safe and clean.

First, he said he preferred the term “rainfall runoff” over “stormwater,” because from a pollution prevention standpoint, the problem has to be addressed every time it rains, not just in heavy storms.

“Runoff from rainfall is now a key cause of our persistent water pollution problems,” Hersey said. What’s holding up more work to address the issue? “The continued perception that rainfall runoff is harmless,” and that the only job of rainfall management infrastructure is flood control. Also, he said, anti-tax crusaders have labeled efforts to control runoff as a “rain tax.”

“Acting to manage rainwater is investing in our own economic prosperity,” Hersey said. “We’re not just doing this because we don’t have anything better to do.”

Controlling runoff is part of a community’s quality of life, he added, “so we are in the quality of life business. This can’t be our secret.” At the same time, he said, the public expects low fees and taxes – so like anything else, runoff management is a series of tradeoffs. “It’s fiscally impractical to build and operate for every conceivable scenario,” he said.

Such as exceptionally heavy rains. He also told the gathering about Michigan House Bill 5282, which holds Michigan local governments harmless from lawsuits over basement sewer backups if rain exceeds 1.7 inches in an hour or 3.3 inches in 24 hours. In part, the bill was a response to governments in Oakland County facing more than 18,000 lawsuits over flooding in the wake of the Aug. 11, 2014 storm, in which up to 6.3 inches of rain fell in a four-hour period.

Donald Carpenter, professor of civil engineering at LTU and director of the university’s Great Lakes Stormwater Institute, presented results of a study of combined sewer sewage flows in a Detroit neighborhood where he is monitoring a pilot green infrastructure program to control stormwater runoff. This is a large-scale effort that includes the federal Environmental Protection Agency, the U.S. Geological Survey, and the Detroit Water and Sewerage Department. The goal is to define the “urban water cycle” and determine how best to use green infrastructure in urban areas.

Jeffrey A. Andresen, state climatologist and professor of geography at Michigan State University, closed the summit with projected future climate trends in Southeast Michigan. “It’s really not debatable any more – the world is warming up,” Andresen said, with data showing an average 1.8 degrees Fahrenheit temperature increase worldwide since 1880. Michigan has had less overall warming than the global average, and that warming has been concentrated in the winters and springs, he said. In some areas of northern Michigan, he said, the average nighttime lows in winter have risen as much as 10 degrees over the past 30 years. And the frost-free growing season in Michigan has been extended by about 10 days over the past 30 years.

Andresen also said heavy rainfall events and total annual precipitation are on a sharp rise since 1960. “Warmer and wetter is definitely the direction of our long-term trend,” he said. So is a rising number of extreme weather events.