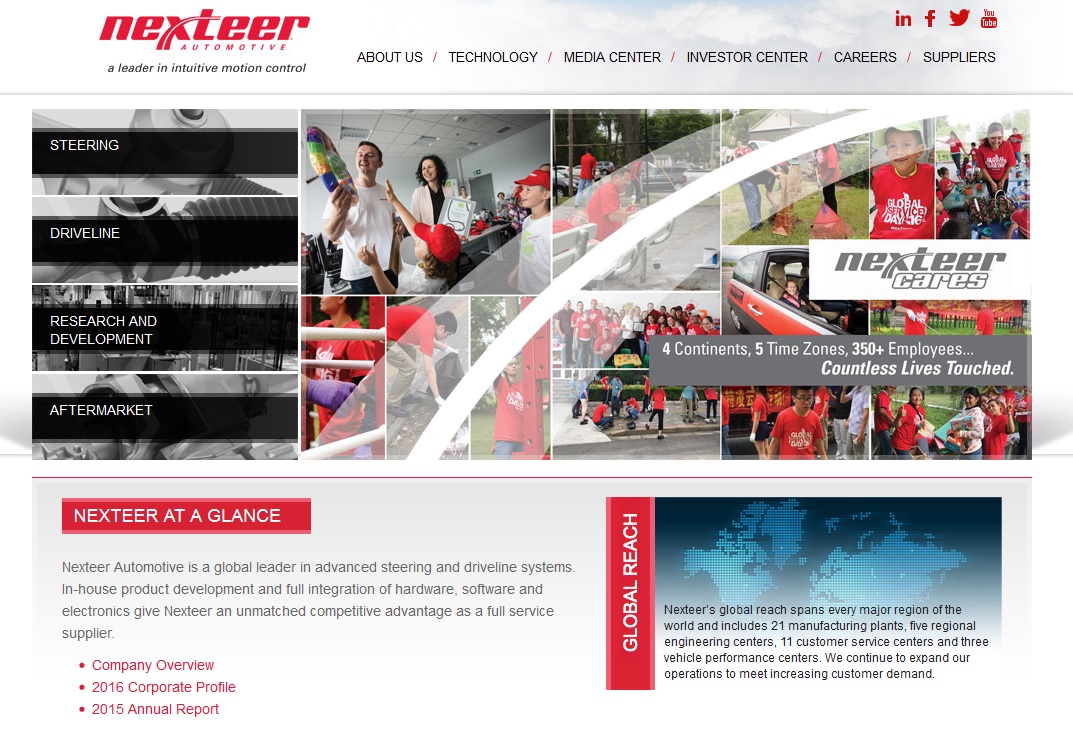 The company said profit attributable to equity holders for the six months ended June 30 was $148.9 million or 6 cents a share, up from $96.5 million or 4 cents a share for the first six months of 2015. Revenue for the period was $1.92 billion, up from $1.64 billion in the same period a year earlier.

“Nexteer delivered solid results in the first half of 2016, advancing its strong financial position and building a foundation for continued success,” said Guibin Zhao, Nexteer chairman and CEO. “Robust industry production and improved market dynamics in North America, China, and Europe drove strong customer demand and increased volume. The improvement in product mix due to the continued adoption of electric power steering and ADAS (advanced driver assist systems) technologies, as well as the company’s increased exposure in China through new program launches and enhanced production capabilities, continue to ideally position Nexteer for continued growth in 2016 and beyond.”

The company said revenue growth was driven by strength in North America and China, improvement in Europe, the launch of new customer programs, and continued customer conversion to electric power steering. Revenue was negatively impacted by foreign exchange and would have increased an additional 1.1 percent from the six months ended June 30, 2015 excluding the foreign exchange impact.

The company said the increase in profitability was due to increased market growth, continued adoption of electric power steering, and the effect of cost improvement initiatives. This was partially offset by depreciation on property, plant and equipment, and amortisation of capitalised product development costs.

Net cash flow for the six months was $168.6 million, down from $188.5 million in the first half of 2015, due to increased capital investment and higher taxes related to profit growth.

During the year, company officials said Nexteer secured new contracts for a number of customer programs which are expected to begin production starting in the second half of 2016. The current order backlog is estimated at $24 billion.

Nexteer’s interim results are discussed in further detail at the Investors section of the Company’s website, www.nexteer.com/investor-center.