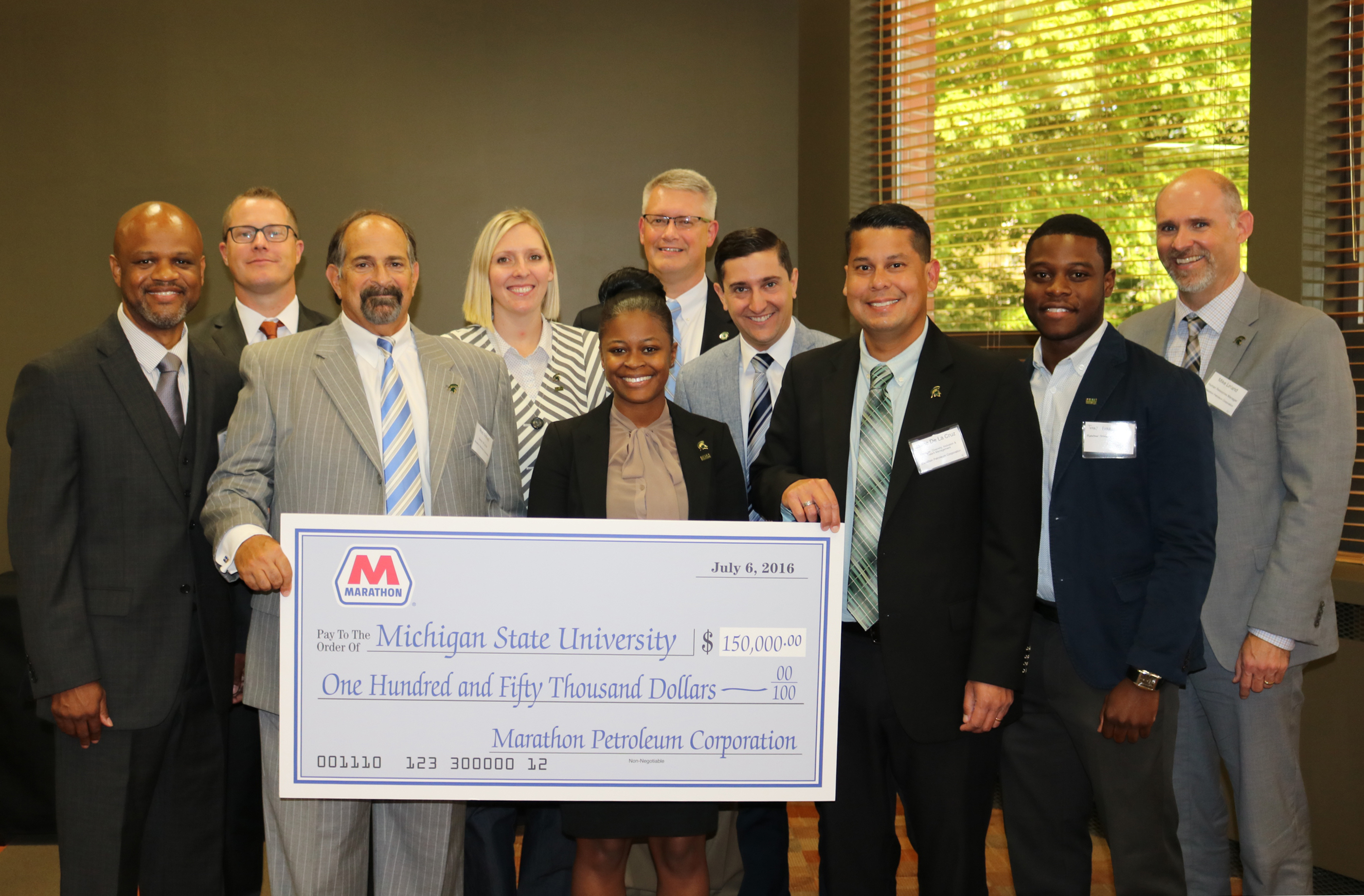 Marathon Petroleum’s support will strengthen the Engineering and Science Success Academy (ESSA) at MSU – a seven-week residential program administered by the Diversity Programs Office in the College of Engineering.

“Marathon Petroleum is helping us increase the number of students in a proven high-impact program — ESSA,” said College of Engineering Dean Leo Kempel. “It is a great step in helping new students to succeed and helps us build a bigger career pipeline into engineering, technology, and science.”

The new partnership was the focus of a ceremony in MSU’s Kellogg Hotel and Conference Center during the ESSA summer career fair. Representatives of Marathon Petroleum and MSU celebrated a three-year agreement and also networked with students to discuss internship and employment opportunities.

Established in 2007, ESSA is a two-year initiative that helps prepare STEM students from underrepresented populations for MSU’s four primary STEM colleges – Agriculture and National Resources, Engineering, Lyman Briggs, and Natural Science. Students participate in a seven-week summer bridge program that helps them transition into their freshman year in college. ESSA participants attend daily classes in math, writing, and chemistry and biology, in a living-learning environment that also offers guidance, networking, and summer fun.

Research has confirmed that early technical classes, specifically early math classes, are accurate indicators that a student will succeed in earning a degree. Preliminary statistics show a 70 percent graduation rate for ESSA participants. Read more on ESSA at  www.egr.msu.edu/dpo/programs/essa

“This partnership is another way Marathon Petroleum is supporting its commitment to diversity and inclusion, both on campus and in the workforce,” said Jaime De La Cruz, the company’s Diversity, Inclusion and Talent Management manager. “We look forward to our relationship with ESSA students and are excited to participate in the continued success of the program.”

“With new partners and ongoing support, we have been able to impact underrepresented and academically underprepared students,” Caldwell said. “Marathon Petroleum’s contribution is helping us show even more students how to earn degrees and qualify for good-paying STEM careers. And it strengthens us to do whatever it takes to help our students succeed.”