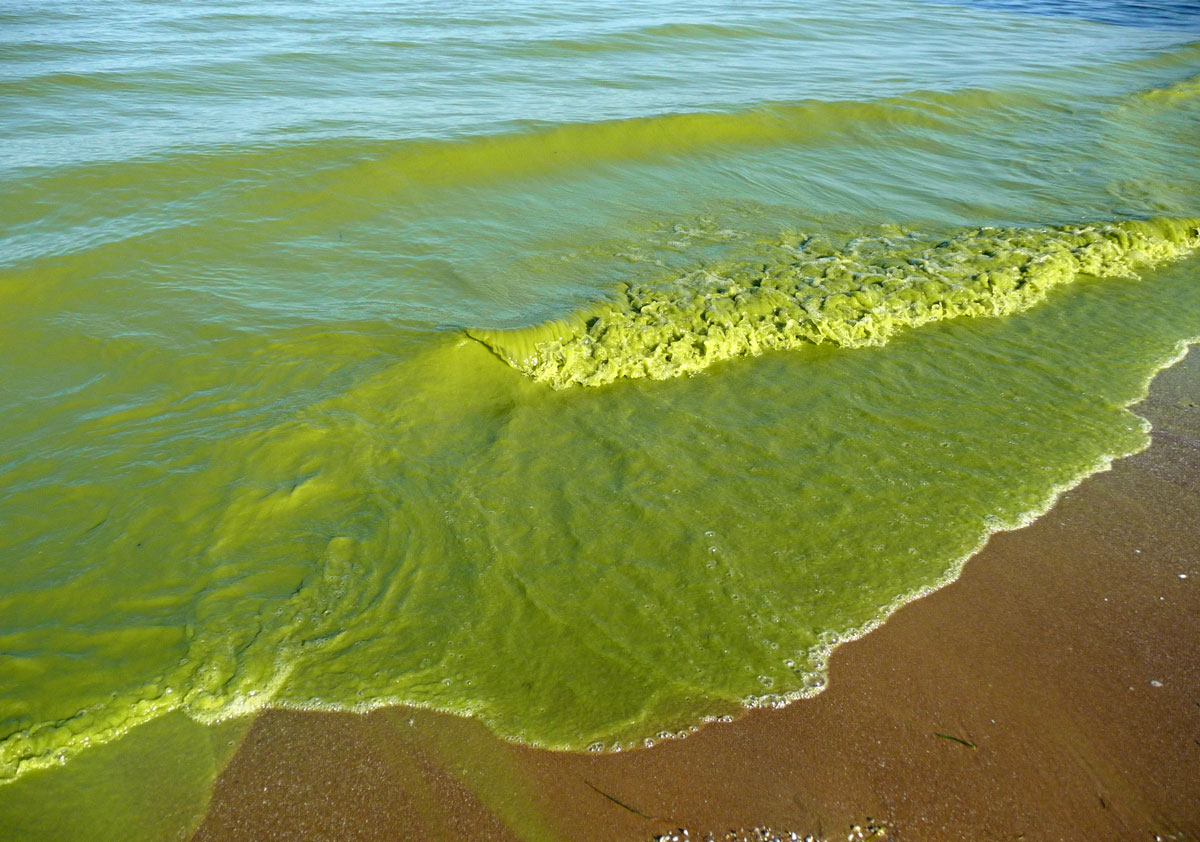 ANN ARBOR — Dry weather sometimes has a benefit. This year, for Michigan’s waterways, that includes a noticeable improvement in the appearance of Lake St. Clair due to fewer storm-related flows of raw sewage into the lake — and for Lake Erie, the University of Michigan and federal officials now predict a less severe algal bloom this summer.

The outlook reflects less discharge from the Maumee River thanks to a return of normal rainfall patterns in the spring and a dry June, creating a return to an average nutrient runoff into the lake.

The 2016 bloom is expected to measure 5.5 on the severity index, but could range anywhere between 3.0 and 7.0. The forecast is similar to conditions last seen from 2008 to 2010, although the bloom may be as small as that seen in the relatively mild year of 2004.

This year’s forecast was issued by the National Oceanic and Atmospheric Administration.

The severity index is based on a bloom’s biomass — the amount of its harmful algae. An index above 5.0 indicates blooms of concern. The extreme bloom of 2011 was a 10. Last year’s was 10.5, the greatest on record.

This year’s bloom is expected to first appear in late July and increase in August in the far western basin of Lake Erie. The location and effects will depend on prevailing winds. During calm winds, some areas may experience scums that contain substantial concentrations of algal toxins.

The seasonal outlook uses models that translate spring nutrient loading into predicted algal blooms. After three years with wet springs, this spring had more typical rainfall, leading to more normal discharge from the Maumee River. As a result, there is less phosphorus entering Lake Erie and fewer nutrients to fuel a bloom.

“With a return to average spring discharge, and much lower river flow in June than in the recent years, the western basin should look better. However, the phosphorus inputs to the lake are still high enough to support bloom development,” said Richard Stumpf, NOAA’s National Centers for Coastal Ocean Science’s lead for the Lake Erie bloom forecast.

In February, the U.S. and Canadian governments called for a 40 percent reduction, from 2008 levels, in phosphorus runoff from farms and other sources into Lake Erie. A UM-led, multi-institution computer modeling study released in March said that meeting the 40-percent target would be challenging but achievable. A recent U.S. Department of Agriculture study reached similar conclusions.

“But both studies conclude that it will take unprecedented implementation of conservation programs to reach that goal,” said Scavia, director of UM’s Graham Sustainability Institute and a member of the NOAA-funded teams that produce annual algal forecasts for the Gulf of Mexico and Chesapeake Bay.

“The need to reduce phosphorus and other nutrients from fertilizer, manure and sewage remains,” said Chris Winslow, interim director of the Ohio Sea Grant College Program. “This year’s forecast not only highlights NOAA’s forecast, but it will also focus attention on current efforts to assess bloom impacts on human health, to educate water treatment plant operators, to inform and implement landscape best management practices, and to determine the best way to track our progress toward a 40 percent reduction in phosphorous loading, the target set by Annex IV of the Great Lakes Water Quality Agreement.”

NOAA will provide timely information via twice-weekly bulletins for western Lake Erie that can be received by subscription. Details on the forecasted movement of the bloom and its location and intensity in the water column can be found via NOAA’s experimental tracker.

“This year we’ve added a Maumee River flow forecast model that increases our confidence in the seasonal outlook and may allow us to produce a specific harmful algal bloom forecast even earlier in the season,” said Russell Callender, assistant NOAA administrator for the National Ocean Service.

In September 2016, GLERL, CILER and the Monterey Bay Aquarium Research Institute will deploy an Environmental Sample Processor in Lake Erie for the first time. The ESP “lab­in­a­can” will autonomously collect water samples and analyze them for algal toxins to provide drinking water managers with data on harmful algal toxicity in near real­time before the water reaches municipal water intakes. The deployment will mark the first use of the ESP technology in any freshwater system.

“The Environmental Sample Processor will enable us to more closely track changes in the toxicity of the blooms with one or two analyzed water tests each day to augment the current system of someone sampling twice a week from a boat and then taking those samples to be analyzed in a lab,” said Tim Davis, a GLERL research ecologist. “Our goal is to get more rapid detection of sudden changes in toxicity to improve the timeliness of NOAA’s harmful algal bloom forecasts and better protect communities.”

Funding to support the NOAA forecast was provided by NOAA’s National Centers for Coastal Ocean Science, the EPA­-administered Great Lakes Restoration Initiative, the Erb Family Foundation, and the University of Michigan’s Graham Sustainability Institute. The research programs supporting this work are authorized under the Harmful Algal Bloom and Hypoxia Research and Control Act (HABHRCA 2016).