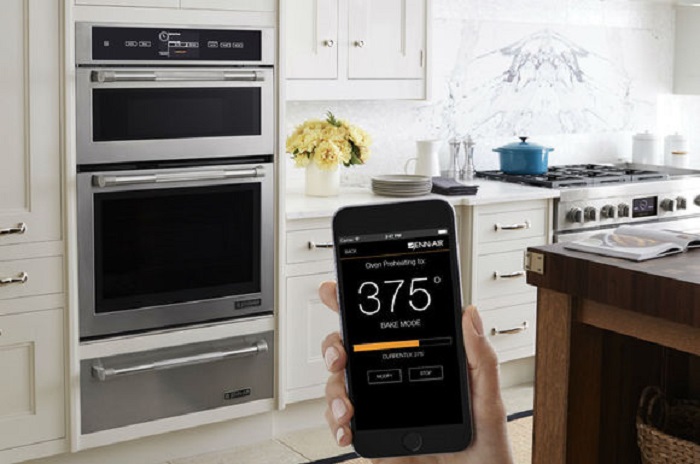 BENTON HARBOR — It’s the oven that can help you be a better cook.

Innit is developing technologies that give appliences access to thousands of recipes, based on personalized dietary and taste preferences. The companies say consumers will be guided by step-by-step preparation instructions, and with just a few clicks, will be able to cook with chef-level quality on their Jenn-Air connected oven. Cooking is tailored to the weight, temperature and type of food, helping ensure great results with no guesswork.

“The Innit platform adds powerful and intuitive ways to connect food to the kitchen,” said Brett Dibkey, a vice president at Whirlpool.

And Jenn-Air General Manager Steve Brown said the deal will delivre “a new layer of intelligence to the kitchen, helping consumers achieve breakthrough levels of convenience, flavor, and healthy cooking. We’re confident that Jenn-Air consumers, as early adopters, will embrace this technology and the added precision it brings to cooking and entertaining.”

Whirlpool and Innit plan to begin consumer trials in late 2016, with availability on all Jenn-Air connected wall ovens planned for the first half of 2017.  Starting immediately, consumers can get a taste of the joint offering in live demos and cooking classes on Jenn-Air products, offered exclusively at the Pirch retail showroom in SoHo, New York City.

Innit employs a team of chefs, nutritionists and engineers to help people manage and prepare their food with ease. The Innit platform identifies and measures food using advanced sensors in the kitchen, recommends recipes based on inventory, and automatically executes expert cooking techniques on connected kitchen appliances. Innit was founded in 2013  and received $25 million in funding in November 2015. More at www.innit.com.

Whirlpool is the biggest applicance manufacturer in the world, with annual revenue of about $21 billion, 97,000 employees and 70 plants around the world. The company markets Whirlpool, KitchenAid, Maytag,

brand names in nearly every country throughout the world. More at www.WhirlpoolCorp.com.