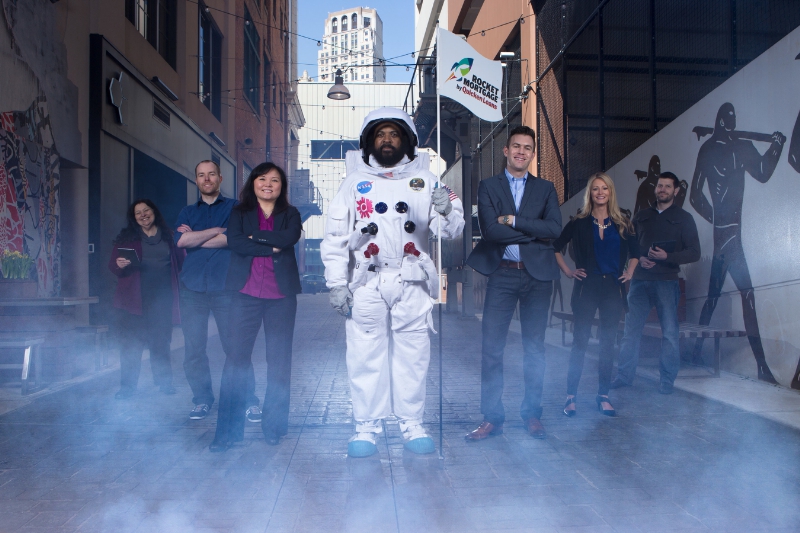 DETROIT — For the fourth-straight year, Detroit-based Quicken Loans has earned the No. 1 spot on Computerworld magazine’s 2016 ‘Best Places to Work in IT’ list.

The nation’s second largest retail mortgage lender and largest online lender is the first to rank No. 1 four consecutive years and the only company ever to take the top spot seven times total in the large company category.

Computerworld’s ‘100 Best Places to Work in IT’ list is an annual ranking determined by a comprehensive questionnaire regarding company offerings in categories such as benefits, career development, training and retention. In addition, Computerworld conducts extensive surveys of IT professionals, and their responses heavily influence the rankings.

Quicken Loans’ largest technology achievement of 2016 was the launch of Rocket Mortgage, the first online and on-demand mortgage experience. This was made possible by Quicken Loans’ technology team, which the company says spent three years completely rethinking and rebuilding how consumers should get a mortgage.

“Our technology team is a shining example of the great feats that can be achieved when people work together to find a better way,” said Bill Emerson, Quicken Loans CEO. “As the mortgage industry scrambled to meet the demands of sweeping new regulations, our technology team allowed us to seamlessly meet those needs and also forge a new trail for our company and industry by launching the groundbreaking Rocket Mortgage.”

The 1,400 member technology team has quintupled in size since Quicken Loans moved its headquarters to downtown Detroit in 2010. Since then, Detroit’s technology growth has surged with more than 100 startups occupying the Madison Block and ultra-fast Rocket Fiber, the city’s first gigabit Internet provider, installed throughout Detroit.

Driven by technology, Quicken Loans ranked “Highest in Customer Satisfaction for Primary Mortgage Origination” in the United States by J.D. Power for the past six consecutive years, 2010-15, and highest in customer satisfaction among all mortgage servicers in 2014 and 2015.

In the past year, the IT team helped the company manage a $200 billion mortgage servicing portfolio, making Quicken Loans one of the nation’s top-10 largest servicers. The company also unveiled its new technology center, a 66,000 square foot data center and office complex fully customized to meet the needs of the Quicken Loans technology team.

“My biggest goal as the leader of this amazing group is to make sure our team members feel personally and professionally fulfilled every day,” said Linglong He, Quicken Loans CIO. “We encourage innovation and make sure that team members have the resources to create and execute on their ideas. The data center was co-designed and executed by members of our technology team. It is this ability to see dreams become reality that really sets Quicken Loans apart.”

Quicken Loans fosters collaboration and team member fulfillment through ‘Virtual IT’ teams – teams comprised of experts from a wide array of business areas that come together to solve complex business problems. These groups give team members the opportunity to hold a leadership position on one of the teams.

To encourage innovation, Quicken Loans holds an annual hackathon where small groups of IT team members have 24-hours to create “the next big thing.” Winning hacks have included a bio-metric computer login and an app for team members to find places to eat in downtown Detroit.

Quicken Loans and its family of companies currently have more than 100 open technology positions. To learn more or apply, please visit www.quickenloanscareers.com.

Detroit-based Quicken Loans has closed $220 billion of mortgage volume across all 50 states since 2013 and has centers in Detroit, Cleveland and Scottsdale, Ariz. The company also operates a centralized loan processing center in Detroit, as well as its San Diego-based One Reverse Mortgage unit.

Quicken Loans also was ranked No. 5 on Fortune magazine’s annual “100 Best Companies to Work For” list in 2016, and has been among the top-30 companies for the last 13 years. The company now has more than 10,000 employees in downtown Detroit. More at QuickenLoans.com.