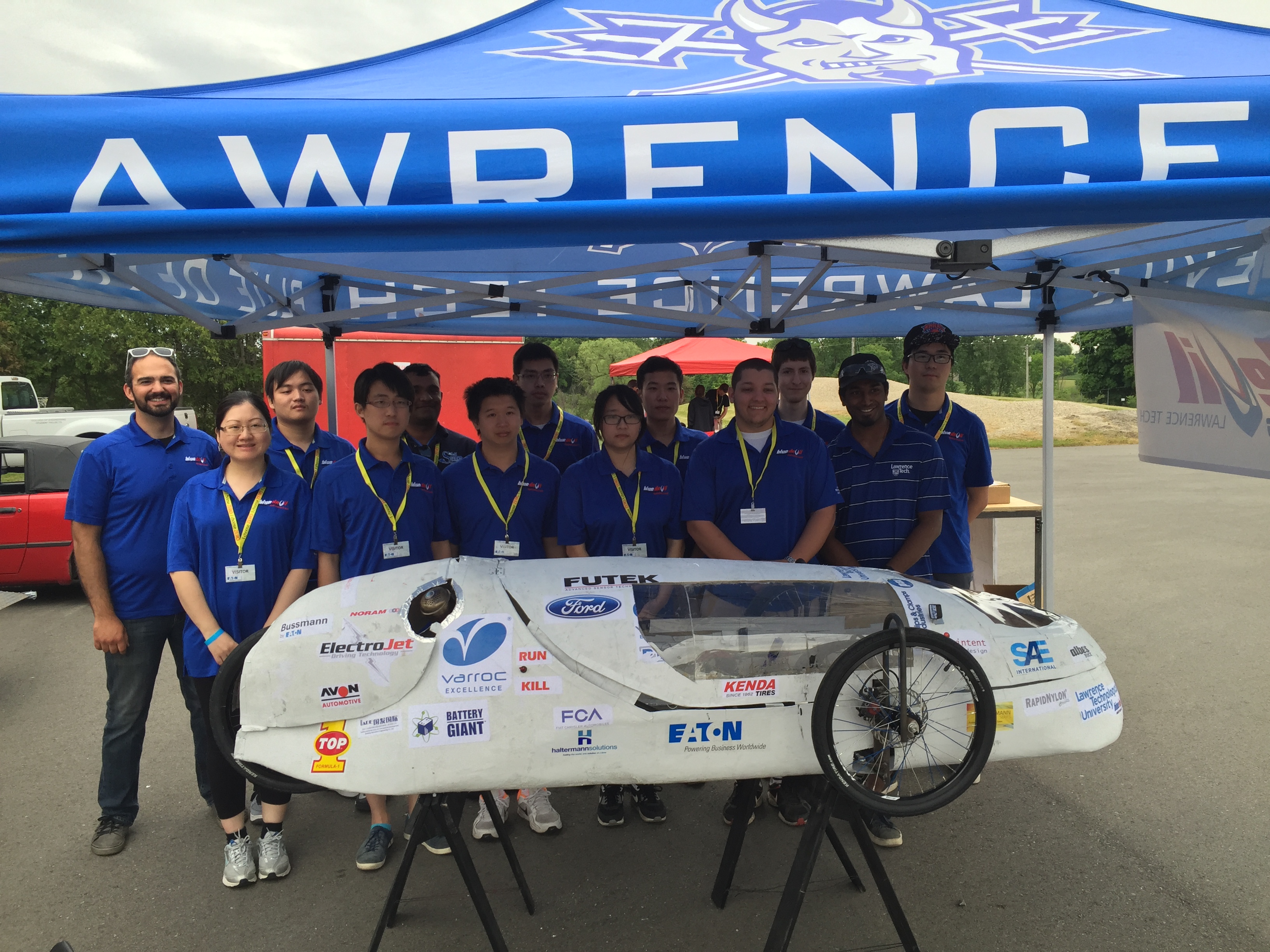 That’s an improvement from the 2015 competition, when LTU finished 13th and claimed the “Best Newcomer Performance Award.”

No longer a newcomer, LTU’s vehicle, Beta, successfully completed the six-lap run with a fuel consumption rate of 226 miles per gallon. LTU was not able to get a second run to improve fuel economy performance because many teams passed technical inspection at the last minute during the competition, and before LTU could get in that second run, competition authorities closed the track for the day. The team competed with the same vehicle in the Shell Eco-Marathon in April in Detroit and achieved 319 miles per gallon.

Lawrence Tech did better than top 10 in the design competition, a combination of scores for its written and oral presentations to judges, finishing with 365 points, good for fourth place.

The Supermileage team, captained by senior mechanical engineering major Zack Rogers of Westland, thanked LTU’s College of Engineering and its A. Leon Linton Department of Mechanical Engineering for its support throughout the year as well as major sponsors Ford Motor Co., Varroc Lighting, ElectroJet and DENSO. Team members said they look forward to improving their performance in 2017.

Lawrence Technological University, www.ltu.edu, is a private university founded in 1932 that offers more than 100 programs through the doctoral level in Colleges of Architecture and Design, Arts and Sciences, Engineering, and Management. The Brookings Institution ranks Lawrence Tech fifth nationwide for boosting graduates’ earning power, PayScale lists it in the top 10 percent of universities for graduates’ salaries, and U.S. News and World Report places it in the top tier of best Midwestern universities. Students benefit from small class sizes and a real-world, hands-on, “theory and practice” education with an emphasis on leadership. Activities on Lawrence Tech’s 107-acre campus in Southfield, Michigan, include more than 60 student organizations and NAIA varsity sports.

In the photo above, LTU’s Supermileage team poses with Beta. Below, Gregory Nickol of Macomb township, a junior mechanical engineering major, gets ready to drive Beta as SAE judges look on.