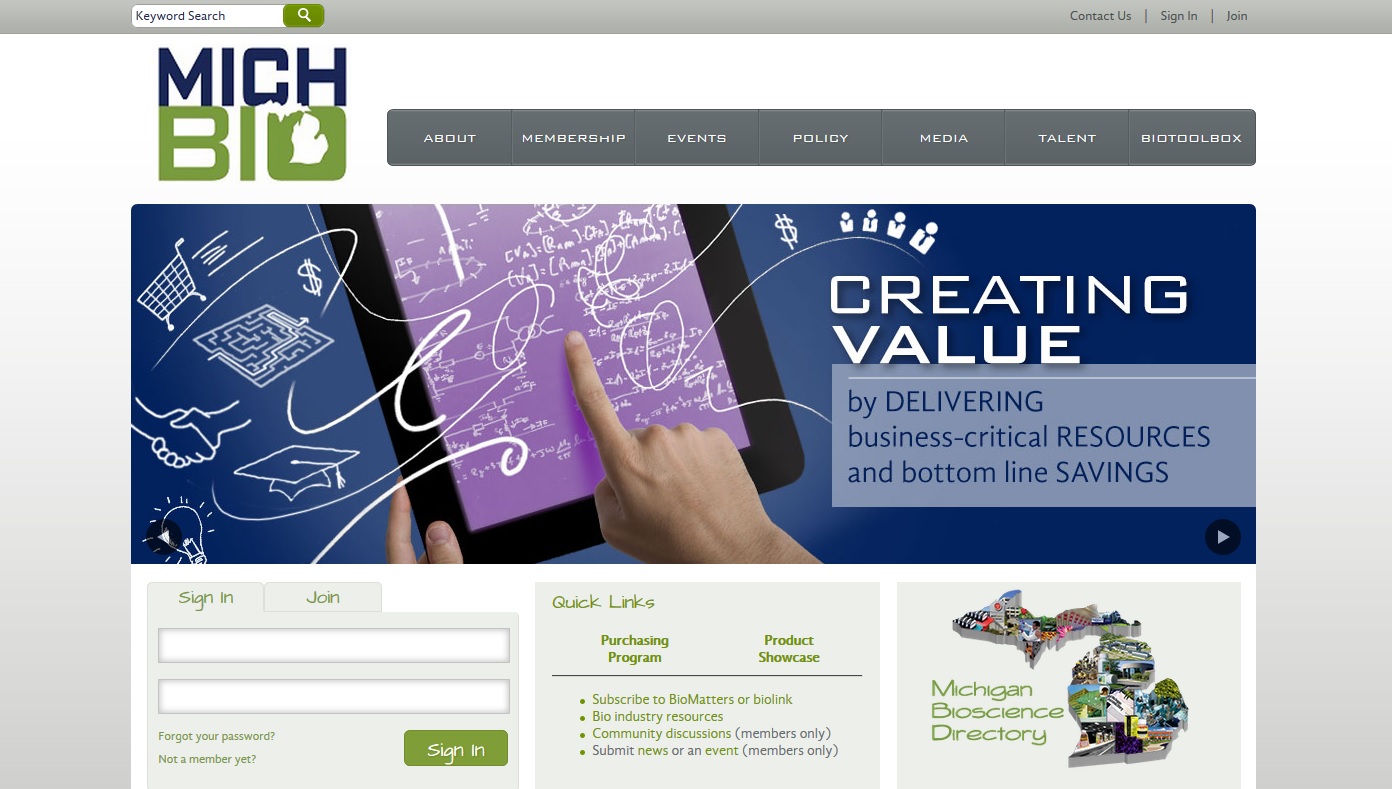 ANN ARBOR — Michigan’s biotech industry has added almost 2,400 jobs since 2014, according to a new research report released during the annual convention of BIO, the biotech industry organization, being held in San Francisco.

The “Value of Bioscience Innovation in Growing Jobs and Improving Quality of Life” report showed Michigan biotech employment now stands at 44,277, up 5.7 percent since the last report in 2014.

The increase was led by a robust 11 percent gain in the drugs and pharmaceuticals sector, in a recovery following the sector’s consolidation during the latter part of the last decade.

Employment in the bioscience related distribution, medical devices and equipment, and research, testing and medical laboratories advanced by 6 percent, 5.7 percent and 5 percent respectively.

There was concomitant growth in a number of bioscience companies.

The largest gains were seen by the drugs and pharmaceuticals (49 percent) and medical devices and equipment (24 percent) sectors.

Said Stephen Rapundalo, president and CEO of MichBio, the state’s biosciences trade organization: “The numbers are very encouraging, but continued growth is not guaranteed unless we proactively develop the state’s bio-industry further by executing the Michigan Bio-Industry Roadmap for Success strategic plan released by MichBio earlier this year. We must leverage and promote our biosciences strengths if Michigan is to become a national leader in the global bio-economy and realize significant economic impact.”

The state’s strength in medical device manufacturing is evident too as the sector accounted for 48 percent of the 2,333 patents issued between 2012 to 2015. In addition, Michigan bioscience firms have seen an increase in venture capital funding in recent years, which totaled $666.5 million in the biosciences since 2012, with a peak of $218.4 million in 2014.

“We are encouraged by strong investment in our companies, but the markets remain competitive and Michigan must do more on the policy front to improve access to capital for our bioscience start-up ventures,” Rapundalo said.

In addition to the statewide information, several Michigan regions and cities were highlighted for their employment concentration in the various bioscience sectors:

* Kalamazoo-Portage Metropolitan Statistical Area (MSA) – The Kalamazoo area continues its reign as a major hub for biosciences. It is the only MSA to have specialization in all five of the bioscience sectors. It ranks 21st overall in terms of the largest employment levels in drugs and pharmaceuticals. Kalamazoo, as a medium-sized MSA (total private employment between 75,000 and 250,000) and location quotient (LQ, local job concentration versus nation) is first in the medical devices and equipment category, third in the drugs and pharmaceuticals sector, 15th in research, testing and medical laboratories, and seventh in bioscience-related distribution.
* Detroit MSA – The Detroit area is ranked 12th overall in employment as a large MSA in both the bioscience-related distribution and research, testing and medical laboratories sectors.
*  Ann Arbor MSA – Ann Arbor as a medium MSA is seventh in LQ for medical devices and equipment as well as seventh in research, testing and medical laboratories.
* Lansing-East Lansing MSA – The Michigan capital area appeared on the rolls as a medium MSA for the first time and placed 15th in LQ for the drugs and pharmaceuticals sector.
* Holland-Grand Haven MSA – The Holland-Grand Haven medium MSA area is 13th by LQ in the drugs and pharmaceuticals category.
* Midland MSA – This mid-Michigan region appeared for the first time as a small MSA with an eighth LQ ranking in drugs and pharmaceuticals.
* Niles-Benton Harbor MSA – In the medical devices and equipment sector, the Southwest Michigan area ranks third by LQ for a small MSA.
* Jackson MSA – As a small MSA, the Jackson area is 12th in LQ in the medical devices and equipment sector.
* Battle Creek MSA – As a small MSA, the Battle Creek area appears for the first time as 12th in LQ in the research, testing and medical laboratories sector.