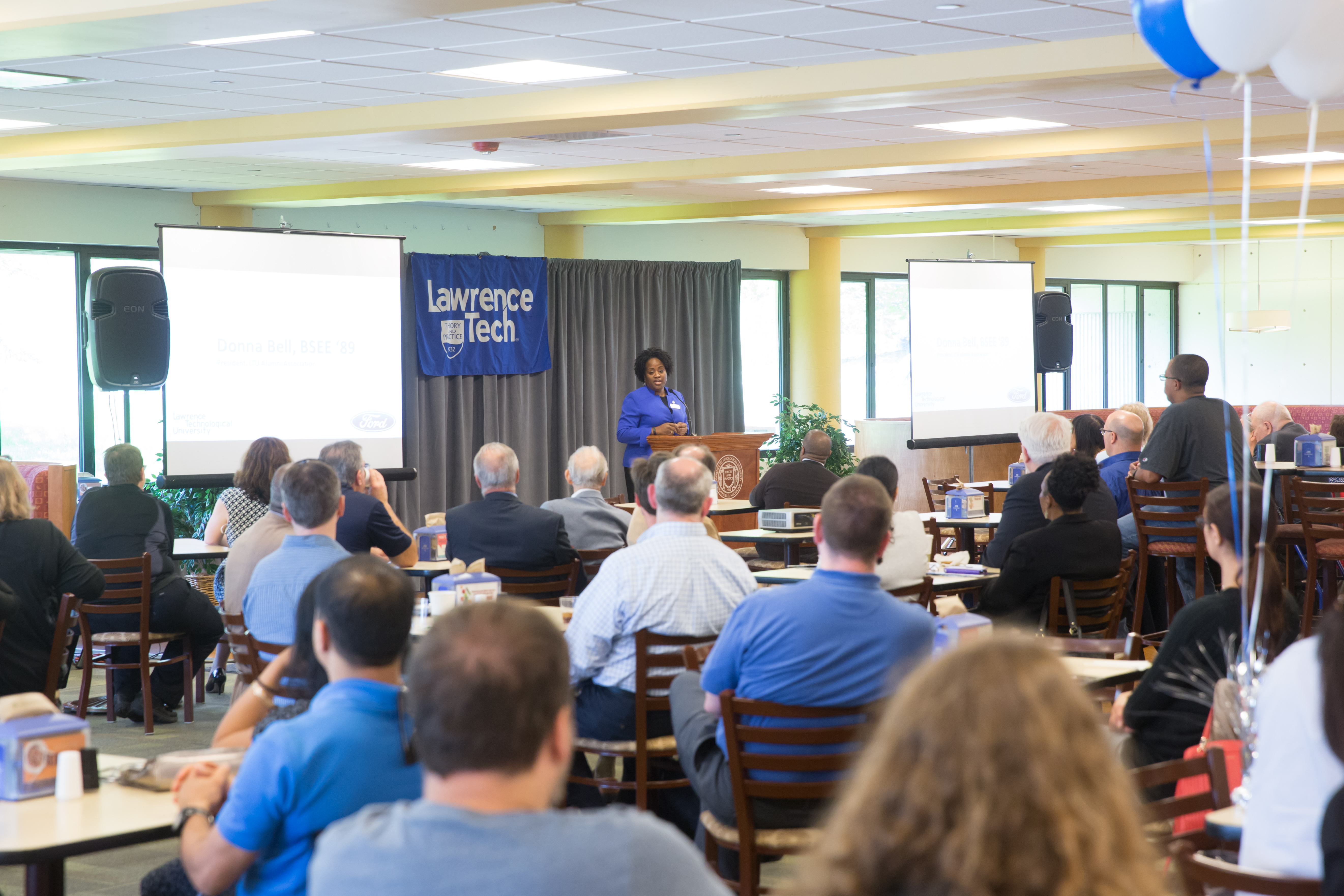 SOUTHFIELD – When Lawrence Technological University was founded in 1932, its original campus was located within  Henry Ford’s Highland Park auto plant. Since that time, the relationship between Ford and LTU has remained close.

Now, Lawrence Tech has made it official, recognizing Ford as its Corporate Partner of the Year in ceremonies on the LTU campus.

A highlight of the event was a video, “Ford and Lawrence Tech: Partners in Educational Innovation,” which explored the changes in the educational landscape since what was originally Lawrence Institute of Technology opened its doors in Highland Park 84 years ago. The video spans Henry and Edsel Ford’s support of Russell Lawrence’s vision for a university that offered working adults the opportunity to earn engineering degrees through evening classes, to today’s sponsored research on the high-tech vehicles of tomorrow.

Along the way, LTU grads have played key roles in groundbreaking Ford vehicles like the Mustang, the first-generation Taurus, and the stunning new version of the Ford GT supercar. Other examples include a Taurus modified by LTU students, which won the New York City to Washington, D.C. “Tour de Sol” in 2000, achieving more than 80 mpg with flawless highway performance. A Ford donation in 2006 funded the launch of LTU’s innovative Bachelor of Science in Transportation Design degree, which blends design skills and engineering expertise. Today, more than 2,600 Lawrence Tech alumni are employed by, or retired from, Ford Motor Company. The company and its employees have donated more than $7.2 million to the university over its history.

“This institution was embraced by Henry Ford, the man who invented the middle class in America,” LTU President Virinder Moudgil said. “It was home to the workers of the Arsenal of Democracy. That legacy is so unique. We are an extraordinary university, and that reputation is strengthened because of what alumni do every day at work.”

In the photo above, Donna Bell, BSEE’89, president of the Lawrence Technological University Alumni Association and a Ford Motor Co. engineer, addresses the crowd gathered at LTU to celebrate Ford being named LTU Corporate Partner of the Year.