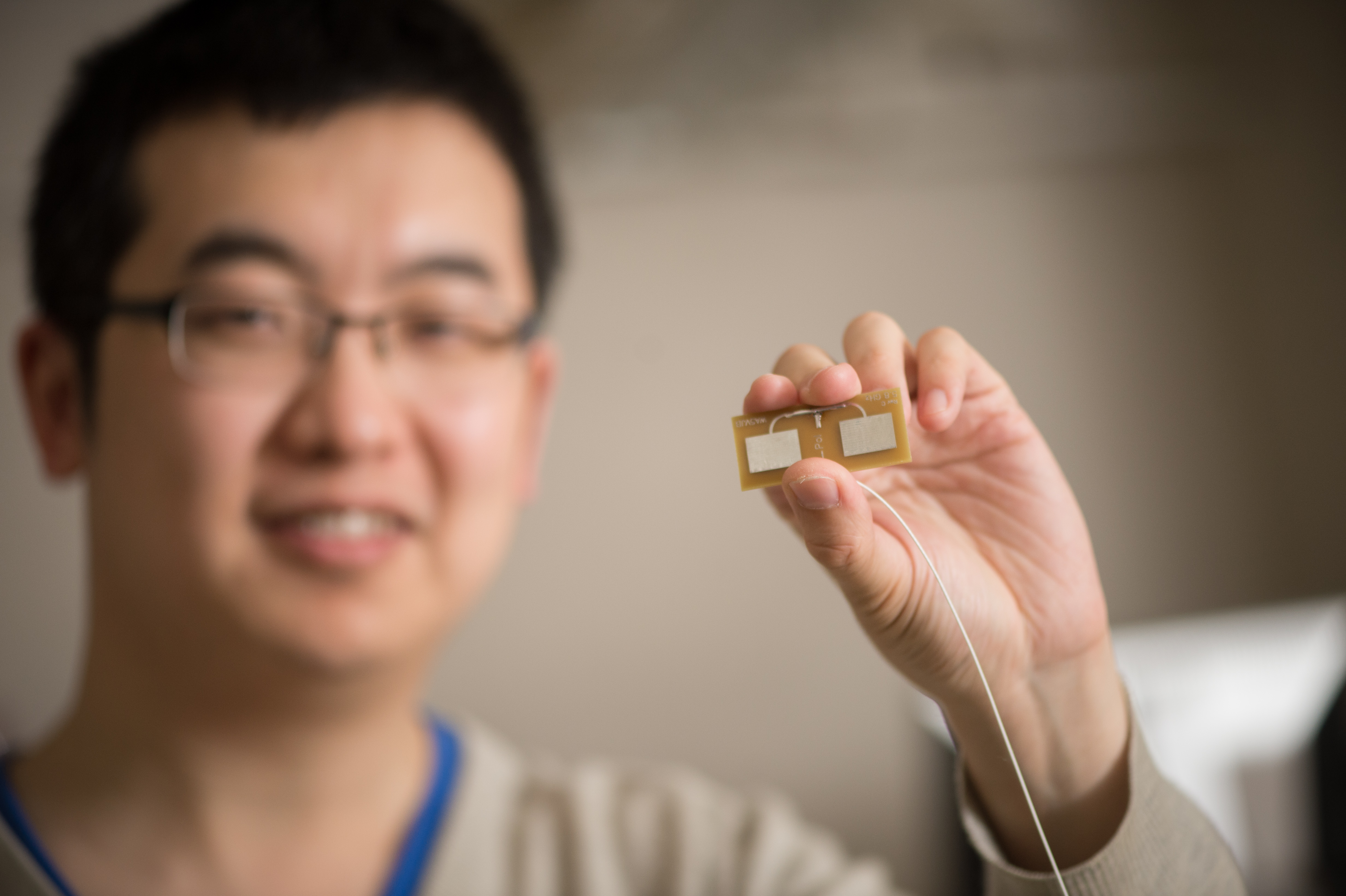 EAST LANSING — It may be small, so small it’s hardly noticeable, but it could someday save lives.

“It” is wearable technology that can monitor a person’s eating, drinking, coughing, and social habits, and that’s information a health care provider could find useful when treating someone dealing with obesity, diabetes, asthma, or depression.

This next generation of wearable technology, known as “HeadScan,” is being developed by a team of engineers at Michigan State University in collaboration with researchers at Bell Labs. Unlike existing technology, it’s radio-based, which means it’s less intrusive, better able to protect one’s privacy, and more comfortable to wear.

The primary focus of this emerging technology is on health care.

“HeadScan uses wireless radio signals to sense the targeted activities and provides a nonintrusive and privacy-preserving solution that overcomes the drawbacks of current wearable technologies,” said Mi Zhang, an assistant professor of electrical and computer engineering who is heading up the research.

The way it works, he said, is radio waves from two small antennas, which can be placed on the shoulders, are bounced off the patient’s head, capturing movements of the mouth and head caused by eating, drinking, coughing and speaking.

The information is then relayed to a health care professional who can analyze the data.

“For example, it can monitor how often a person eats,” Zhang said. “Dietary monitoring is important. However, humans are not good at tracking these sorts of things. Fortunately computers are.”

“In some cases, the patient may not want to reveal how much he or she has eaten,” Zhang said. “This will provide objective information on a continuous basis.”

“Existing technology often uses cameras and microphones to measure this, which can track your voice as well as others around you,” Zhang said. “This offers a lot more privacy.”

The HeadScan continues to be tested by Zhang and his team, who hope to have it available for practical use within the next couple of years.

The work was recently presented at the 2016 ACM/IEEE International Conference on Information Processing in Sensor Networks in Vienna, Austria.