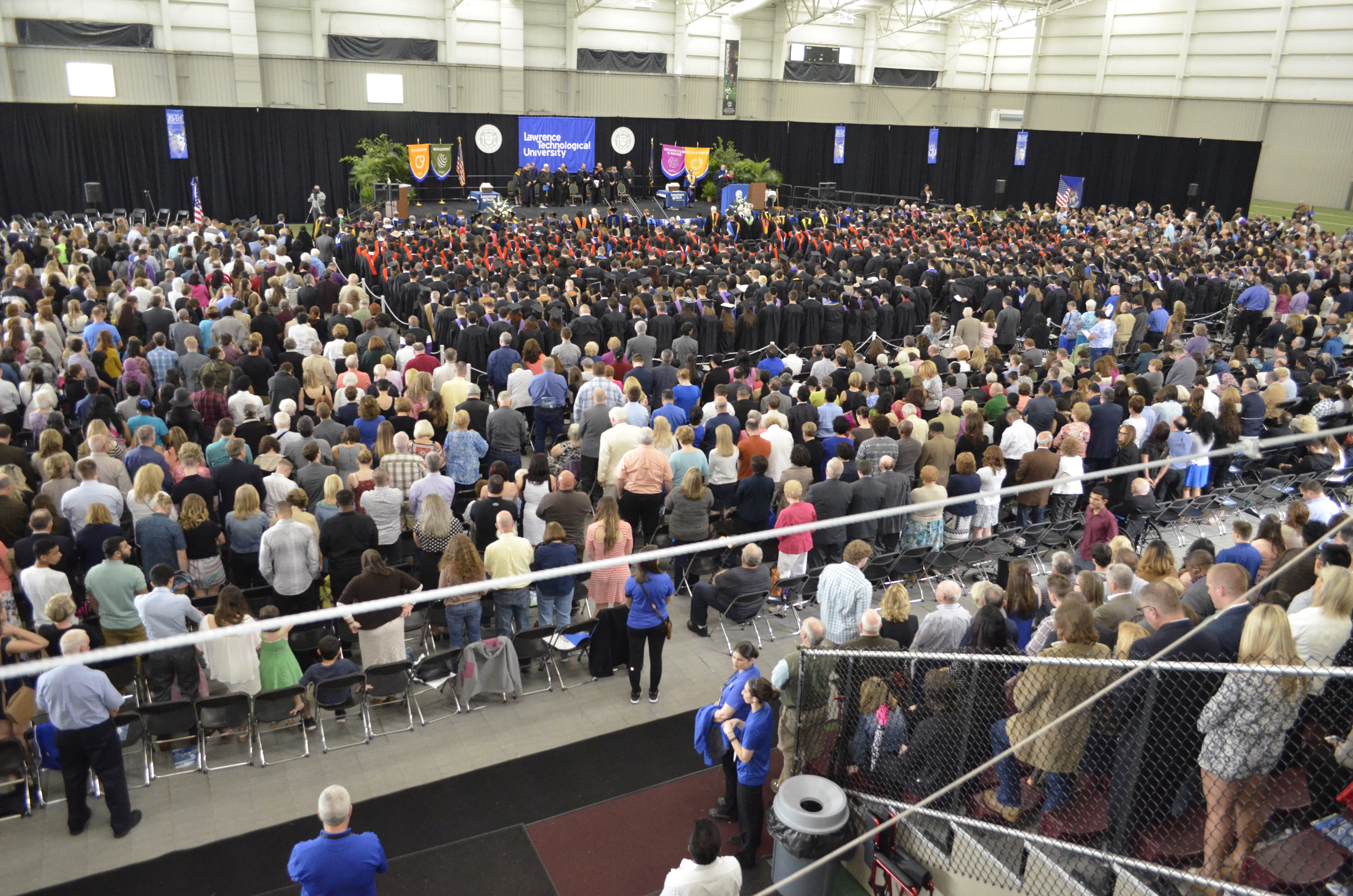 PONTIAC, Mich. – Brenda Lawrence doesn’t know exactly who it is. But the congresswoman from Southfield is pretty sure that she was looking at some of tomorrow’s great problem-solvers when she offered the commencement address Saturday to the approximately 900 spring 2016 graduates of Lawrence Technological University.

“Sitting in the room with me is the person that’s going to tell us how to build better green infrastructure, who will decide what the new wave in solar technology and wind power will be, the person who will tell us how to heat and cool our homes in an affordable and effective way,” she told more than 5,000 people gathered at Ultimate Soccer Arenas in Pontiac for the ceremony.

Similarly, she said that “sitting before me are the future small business owners, the leaders who will provide employment for skilled trade workers and who will build our future communities… the future business leaders who will help build and design our destination cities right here in Michigan… engineers who will creatively engineer a process to ensure that food is safe, affordable and accessible, making food deserts a thing of the past.

“I want you to know that there’s plenty of work for you. We need you to figure out how to make old things work better… and new things work faster.”

But she said she also felt the “excitement and energy” in a room full of graduates who were “ready to run right out that door and change the world.”

She said the key to that change is creativity, noting that “the Stone Age did not end because they ran out of stones – it was ended because of creativity.”

Also at the ceremony, Lawrence Tech presented its Alumni Achievement Award to Javad Mokhbery, BSME’79. Mokhbery is founder and CEO of FUTEK Advanced Sensor Technology Inc. in Irvine, Calif. Sensors made by his company are used in a variety of applications, including the NASA Mars rover Curiosity.

LTU’s commencement exercises were also streamed live over the internet and registered more than 5,400 views.