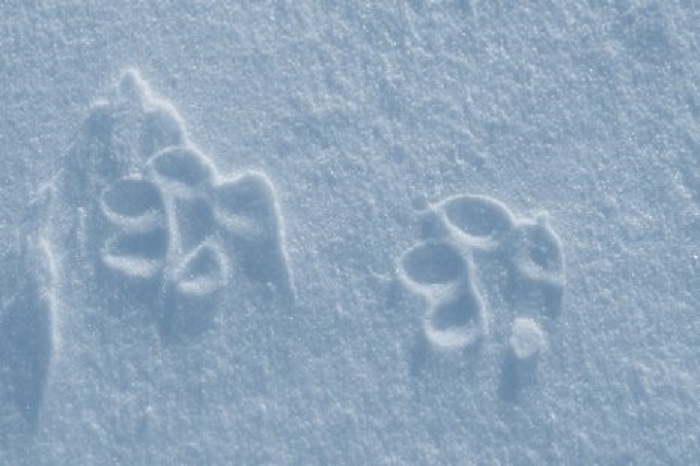 HOUGHTON — Having survived another year, it is likely that only two wolves remain on Isle Royale. A researcher from Michigan Technological University surveyed the island this winter, part of the longest running predator-prey study in the world. The sudden population drop has led the Isle Royale National Park to look into intervention strategies for one of its most iconic species.

The study’s report marks the project’s 58th year of monitoring wolves and moose in Isle Royale. In recent years, wolves had been on the decline and moose on the rise. Those patterns persisted through this past winter’s observations. In particular, the island probably has two wolves left and the moose herd is estimated to be 1,300 and likely increasing.

With these ecosystem dynamics at play, the island’s wilderness could be significantly impacted, says Rolf Peterson, a research professor at Michigan Tech and report co-author. More moose means more vegetation is eaten, as documented in population increases like those seen in the early 1990s. Predation is the natural check on moose, keeping them from damaging forest vegetation, explains John Vucetich, a professor of ecology at Michigan Tech and report co-author. But with the packs greatly diminished that balance no longer holds sway.

The population crash on Isle Royale is the result of inbreeding. At one point, genetic rescue might have made a difference — as it did when the wolf known as “Old Gray Guy” crossed an ice bridge to the island. That opportunity has now passed. It is a common thought that genetic rescue might not be a good idea because the wolves possess too many deleterious genes.

“But that represents a misunderstanding of the underlying genetic processes,” Peterson said. “The surviving wolves may or may not have any more deleterious genes than you or I, but when combined with a family member’s genes, recessive genes can be expressed.”

The two remaining wolves are definitely family. They are half-siblings — and also a father-daughter pair.

Phil Hedrick of Arizona State University is the geneticist who calculated those figures. He says it is rare for a population to reach such high inbreeding coefficients, though high inbreeding has been measured in other groups, like cheetahs and Mexican wolves. Those populations are also widely recognized to be in dire straits.

“In those instances, inbreeding has accumulated over a longer period of time, not very quickly as in the Isle Royale wolves, just over three generations,” Hedrick explains, adding that mating between close relatives accelerates the rate of inbreeding. The effects are visible with the pup observed on the island in 2015, which had an inbreeding coefficient of 0.438.

In 2015, there were three wolves –one of them likely died in the past year. The other two wolves are unlikely to have successfully reproduced in the past year. Moreover, Peterson observed the tracks of what appear to have been two wolves in February. It is plausible that the population is now comprised of just those two wolves who will be six and eight years old this spring. For context, the life expectancy of wolves on Isle Royale has been about four years of age.

Due to the state of the wolves on Isle Royale, the National Park Service wrote in a release in March, “At this time, natural recovery of the [wolf] population is unlikely.”

This year, Peterson was only able to count moose on three-quarters of the plots that are usually counted. The limited effort was attributable to administrative constraints. That effort also resulted in an estimated 1,300 moose, up 4 percent from last year, and two observations suggest that 1,300 is likely an underestimate. First, of the moose observed 22 percent were calves. That’s the second highest ever recorded. Second, predation rate was extremely low. The abundance of calves and predation rate have each been useful predictors of increase in moose abundance.

“Last year, there was every reason to believe wolves were destined for extinction and moose are destined to grow rapidly in the near future, likely to the point of damaging the forest,” Vucetich said. “This year, we did not observe anything to make us think that circumstance has changed.”

While it is too late to genetically rescue the current wolf population, some argue that wolf reintroduction could limit possible ecological damage. But Peterson warns that waiting too long could lead to damage than cannot be undone – a kind of Humpty-Dumpty problem.

However, an alternative perspective is that it would be best to simply not intervene.

Research by Michael Nelson of Oregon State University, shows overwhelming support for having wolves on Isle Royale, even if that involves intervention.

According to Nelson’s analysis, the public comments solicited by the National Park Service reveal that 86 percent agree that wolves should be present on Isle Royale — even if that means intervening on their behalf. Half of those commenters cited maintaining ecosystem health as a key reason.

Of the 12 percent who opposed intervention, many appealed to the ideology of wilderness. The underpinning views are that a healthy ecosystem should not need human intervention and maintaining naturalness — with no human meddling — means standing aside, even if that means another National Park without top carnivores.

Read more about Vucetich and Peterson’s perspective on wolf reintroduction at www.mtu.edu/unscripted.