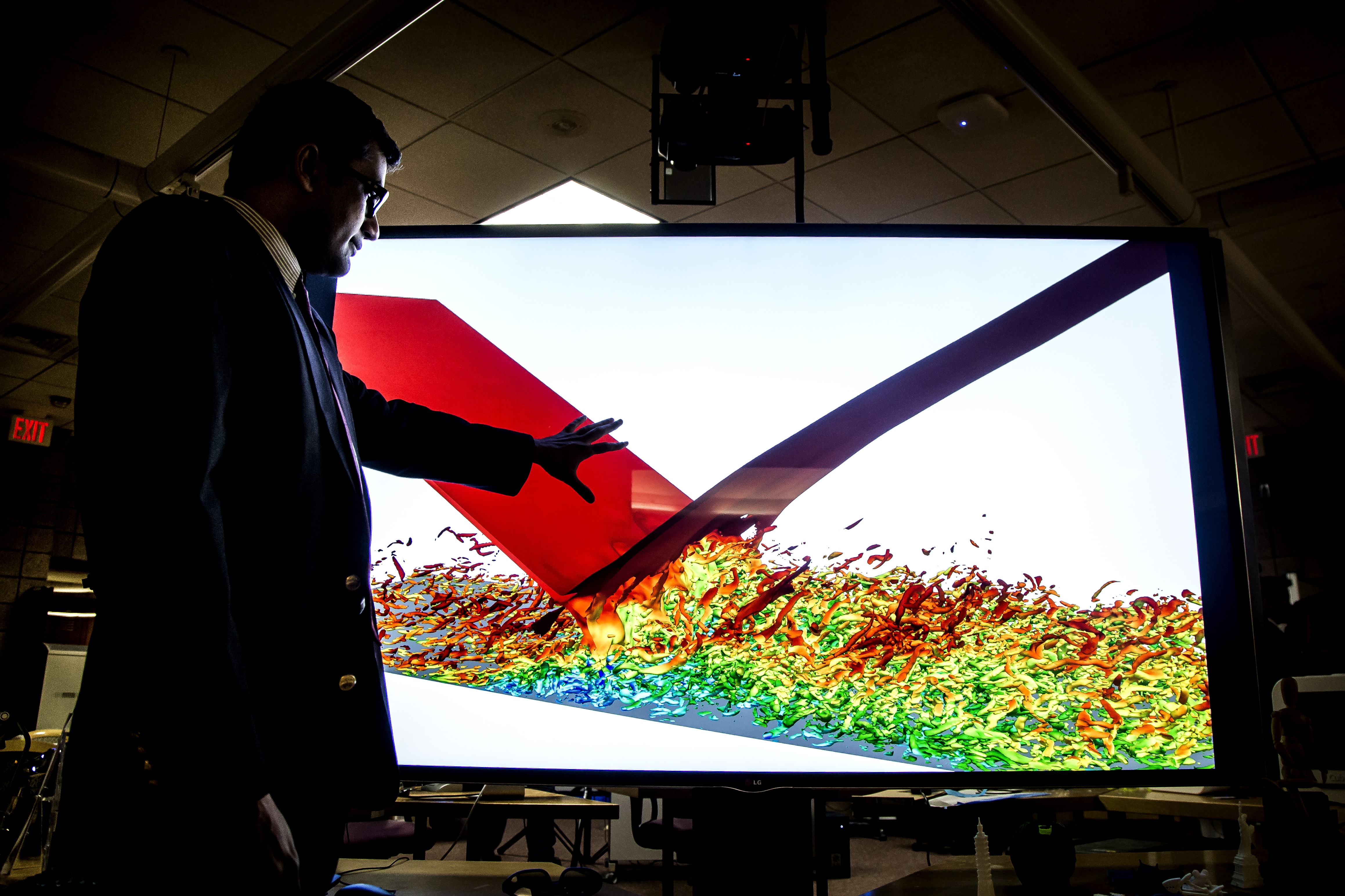 ANN ARBOR — The University of Michigan is collaborating with IBM to develop and deliver supercomputing systems designed to increase the pace of scientific discovery in fields as diverse as aircraft and rocket engine design, cardiovascular disease treatment, materials physics, climate modeling and cosmology.

The system is designed to enable high performance computing applications for physics to interact, in real time, with big data in order to improve scientists’ ability to make predictions. IBM’s systems use a approach accelerated by GPUs — graphics processing units, processors primarily used to manage and boost the performance of video and graphics. The intent is to integrate massive datasets seamlessly with high performance computing power, resulting in new predictive simulation techniques that promise to expand the limits of scientific knowledge.

The collaboration was announced this week in San Jose, Calif. at the second annual OpenPower Summit 2016. The OpenPower Foundation, which UM recently joined, is an open, collaborative, technical community based on IBM’s Power architecture. Several other Foundation members contributed to the development of this new high performance computing system, which has the potential to reduce computing costs by accelerating statistical inference and machine learning.

Working with IBM, UM researchers have designed a computing resource called ConFlux to enable high performance computing clusters to communicate directly and at interactive speeds with data-intensive operations. Hosted at UM, the project establishes a hardware and software system to enable large-scale data-driven modeling of complex physical problems, such as the performance of an aircraft engine, which consists of trillions of molecular interactions. ConFlux, funded by a grant from the National Science Foundation, aims to advance predictive modeling in several fields of computational science. IBM is providing servers and software for the project.

“There is a pressing need for data-driven predictive modeling to help re-envision traditional computing models in our pursuit to bring forth groundbreaking research,” said Karthik Duraisamy, assistant professor in the UM Department of Aerospace Engineering and director of UM’s Center for Data-driven Computational Physics. “The recent acceleration in computational power and measurement resolution has made possible the availability of extreme scale simulations and data sets. ConFlux allows us to bring together large scale scientific computing and machine learning for the first time to accomplish research that was previously impossible.”

Added Sumit Gupta, vice president for high preformance computing and data analytics at IBM: “Scientific research is now at the crossroads of big data and high performance computing. The explosion of data requires systems and infrastructures based on POWER8 plus accelerators that can both stream and manage the data and quickly synthesize and make sense of data to enable faster insights.”

“They were enthusiastic about the application of this architecture to problems that are essential to the university and to the country,” Henesey said. “We will stay close to UM to help inform our future system designs.”

UM and IBM officials say progress in a wide spectrum of fields ranging from medicine to transportation relies critically on the ability to gather, store, search and analyze big data and construct truly predictive models of complex, multi-scale systems.

Using a variety of technology from IBM and partners, in an internal UM comparison test, the new system significantly outperformed a competing architecture by providing low latency networks and a novel architecture that allows for the integrated use of central and graphics processing units.

As one of the first projects UM will undertake with its advanced supercomputing system, researchers are working with NASA to simulate turbulence around aircraft and rocket engines. They’re combining large amounts of data from wind tunnel experiments and simulations to build computing models that are used to predict the aerodynamics around new configurations of an aircraft wing or engine. With ConFlux, UM can more accurately model and study turbulence, helping to speed development of more efficient airplane designs. It will also improve weather forecasting, climate science and other fields that involve the flow of liquids or gases.

UM is also studying cardiovascular disease for the National Institutes of Health. By combining noninvasive imaging such as results from MRI and CT scans with a physical model of blood flow, UM hopes to help doctors estimate artery stiffness within an hour of a scan, serving as an early predictor of diseases such as hypertension.

Studies are also planned to better understand climate science such as how clouds interact with atmospheric circulation, the origins of the universe and stellar evolution, and predictions of the behavior of biologically inspired materials.

More about the UM computing center at http://cddcp.sites.uofmhosting.net/

In the photo above, Karthik Duraisamy, UM aeronautical engineering professor, explains a computer simulation of a shock wave impinging on an airplane wing surface in the UM Duderstadt Center on March 29, 2016. ConFlux is designed to enable supercomputer simulations to interface with large datasets and aims to close a gap in the U.S. research computing infrastructure while van guarding the emerging field of data-driven physics. Photo: Joseph Xu/Multimedia Content Producer, University of Michigan – College of Engineering.