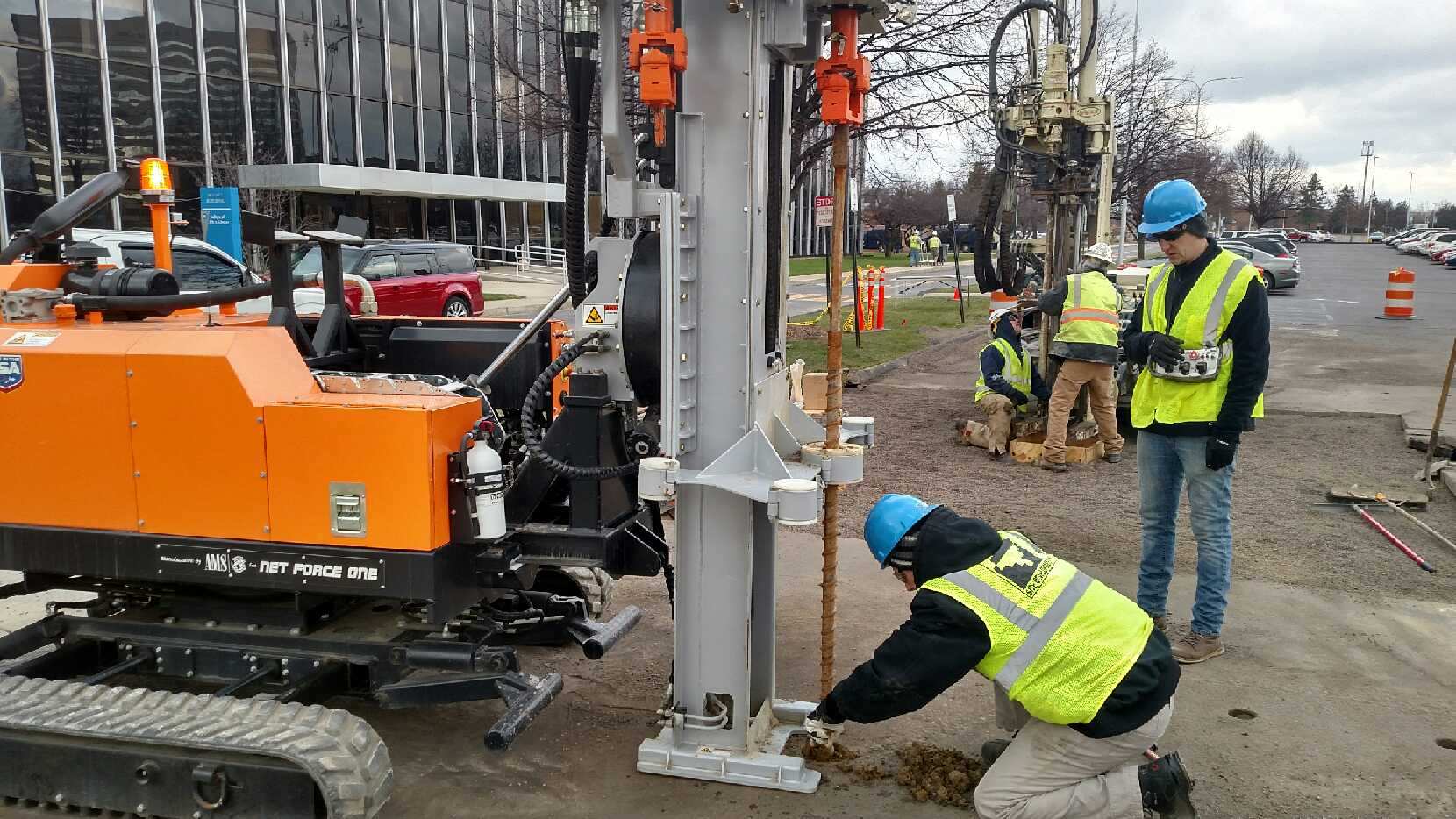 SOUTHFIELD – A new water runoff control system in a parking lot at Lawrence Technological University in Southfield is among the water quality improvement projects that will be showcased at the White House Water Summit Tuesday, March 22.

LTU professor Donald Carpenter received word of the project’s inclusion in the Water Summit on Wednesday.

“This honor reflects the excellent collaborative research taking place at Lawrence Tech’s Great Lakes Stormwater Management Institute, and the innovative technologies of our industry partners,” said Carpenter, who is director of the institute.

The Water Summit is intended to raise awareness of priority water issues and potential solutions in the United States, and to help build a sustainable and secure water future through innovative science and technology. LTU’s system is one of several technologies from the public, private, academic and nonprofit sectors that will be demonstrated at the event.

The Water Summit will be livestreamed at www.whitehouse.gov/live, and the public is invited to participate through social media using the hashtag #WHWaterSummit.

The LTU stormwater runoff control system was installed in part of a university parking lot in December. It is a dynamic system that addresses numerous concerns – pollution from paved surface runoff after rains, soil moisture imbalance, and lack of underground water recharging.

The system combines a parking lot surface of permeable blocks manufactured by a Vancouver, Wash. company, Xeripave LLC; a porous aggregate material made of shale underneath the pavers, made by Haydite Press Brick Co. of Brooklyn, Ind.; and a system called energy-passive groundwater recharge products (EGRP) from Detroit-based Parjana Distribution LLC. The EGRP is a series of small C-shaped plastic tubes that are driven vertically down into the soil, encouraging water to move down the tubes more rapidly than it would through normal soil. Parjana Distribution is one of the key technology partners on this project and coordinated project implementation of the pilot site. According to Carpenter, “without the initiative of Parjana Distribution, the project would not have happened, so this project truly is an industrial-academic partnership.”

The system at LTU also includes sensors in 12 test wells at various levels in the soils below the surface to measure water levels and how well the system is performing its intended task – keeping stormwater from running off paved surfaces into overtaxed sewer systems.

“We are investigating groundwater quality and increased water levels associated with the installation,” Carpenter said. “In the spring and summer, we’ll have more rainfall events – and more data. We will also conduct artificial testing, flooding the area with a known volume of water from a fire hydrant, and see how the system reacts.”

Greg McPartlin, CEO of Parjana Distribution, said the partnership with LTU gives his company the opportunity to use its innovative technology to improve an important aspect of green infrastructure.

“Stormwater runoff is one of the most pressing issues of development for municipalities and corporations. We expect this project will be an ultimate guideline to design and implement integrated green infrastructure for the future,” McPartlin said.