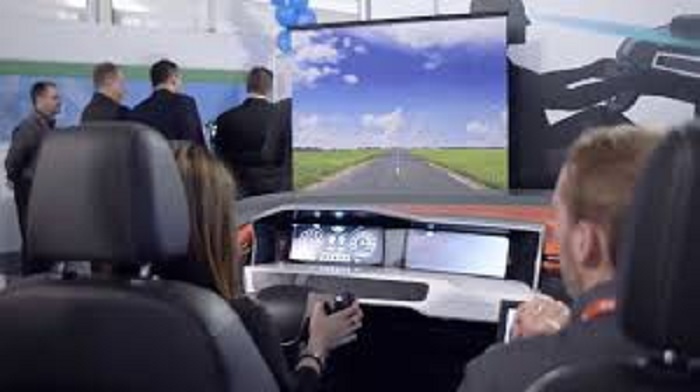 The company reported net income of $2.284 billion or $52.63 a share, compared to a loss of $295 million or $6.44 a share in 2014. The company massively restructured during the year, selling off its climate control and auto interiors businesses and focusing on auto cockpit electronics and software. It reported net income of $2.286 billion on its discontinued operations for the year.

The quarter’s net income included a $105 million charge related to the sale of the Berlin, Germany, interiors operation; $28 million of restructuring and other transaction costs; and a $92 million gain from discontinued operations for the quarter.

The company also reported “adjusted” earnings before interest, taxes, depreciation and amortization of $282 million for the year, up 59 percent from $177 million a year earlier. For the fourth quarter this figure was $79 million, up from $75 million a year earlier. This figure exludes discountinued operatoins, stock based compensation, interest, restructuring expense, depreciation and amortization.

The company said that for the full year 2015, customers awarded Visteon a record $1.35 billion in electronics new business wins, amounting to $4.3 billion of lifetime revenue. The ongoing backlog, defined as cumulative remaining life-of-program booked sales, was approximately $15.2 billion as of Dec. 31, 4.9 times 2015 sales.

“We delivered a strong finish to a year of many accomplishments, achieving significant year-over-year profit improvement despite currency challenges,” Sachin Lawande, Visteon president and CEO, said in a press release. “In 2015 Visteon solidified its focus on vehicle cockpit electronics and software by completing the sale of our 70 percent interest in Halla Visteon Climate Control. We also achieved the upper range of targeted synergies related to the Johnson Controls electronics acquisition, returned $500 million in capital to shareholders, and announced a $1.75 billion special cash distribution to shareholders and an additional $500 million repurchase authorization. We retain a substantial net cash position compared with our peer group.”