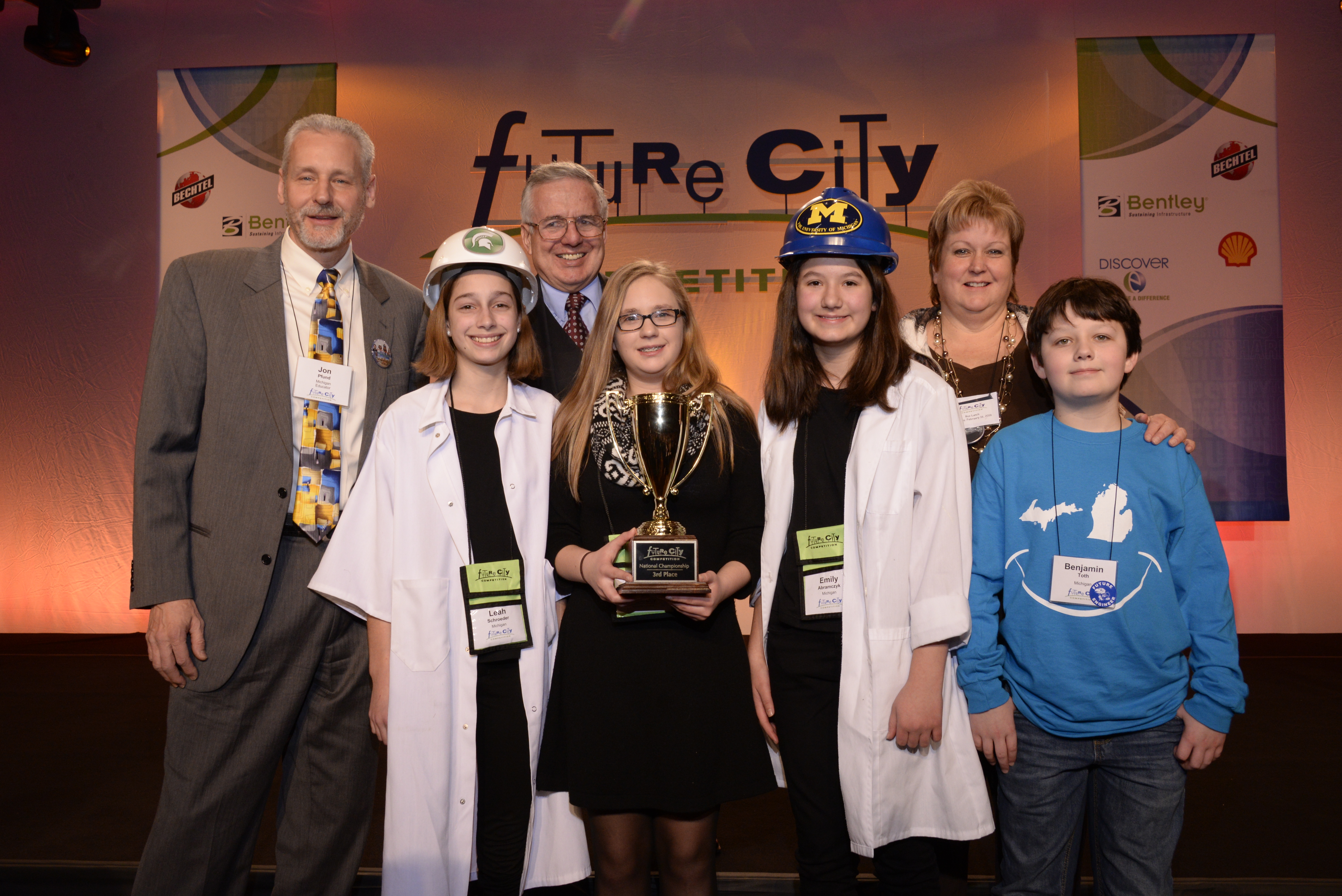 Earlier versions of the St. John team won the national championship in 2014 and 2015.

Since last fall, 40,000 middle school students from 1,300 schools have been engaged in the 2015-16 Future City Competition. This year’s challenge: Waste Not, Want Not, challenged students to design waste management and recycling systems of the future.

Teams from 37 middle schools and organizations, each a winner of intense regional competitions held throughout January, participated in the Future City National Finals, which took place Feb. 13 – 17 at the Capital Hilton in Washington, DC as part of National Engineers Week.

During the Future City Competition, students work as a team to design a virtual city using SimCity software. They research a city-wide issue and write an essay with their findings and solutions. They build a tabletop scale model of their city using recycled materials costing no more than $100 and they write a brief narrative promoting their city.

ESD organizes the Michigan regional competition, recruiting more than 200 engineering and technical professionals to serve as team mentors and judges.

The St. John team is pictured above with its third place trophy.