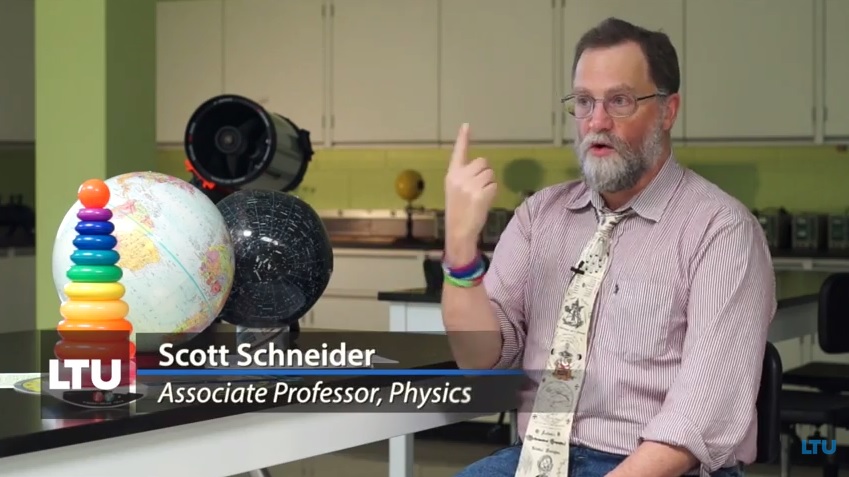 SOUTHFIELD — The scientific world was rocked last week by news that researchers had, for the first time, detected gravitational waves — ripples in the very fabric of spacetime itself.

Albert Einstein predicted these waves almost exactly 100 years ago — that they would be caused by the collisions of massive objects in space. In this case, the collision of two black holes in a companion galaxy to the Milky Way rippled spacetime — but by an almost impossibly tiny amount that until now was impossible for human instrumentation to detect.

In this video, Dr. Scott Schneider, associate professor of physics at Lawrence Technological University, explains gravitational waves in terms almost everyone can understand.