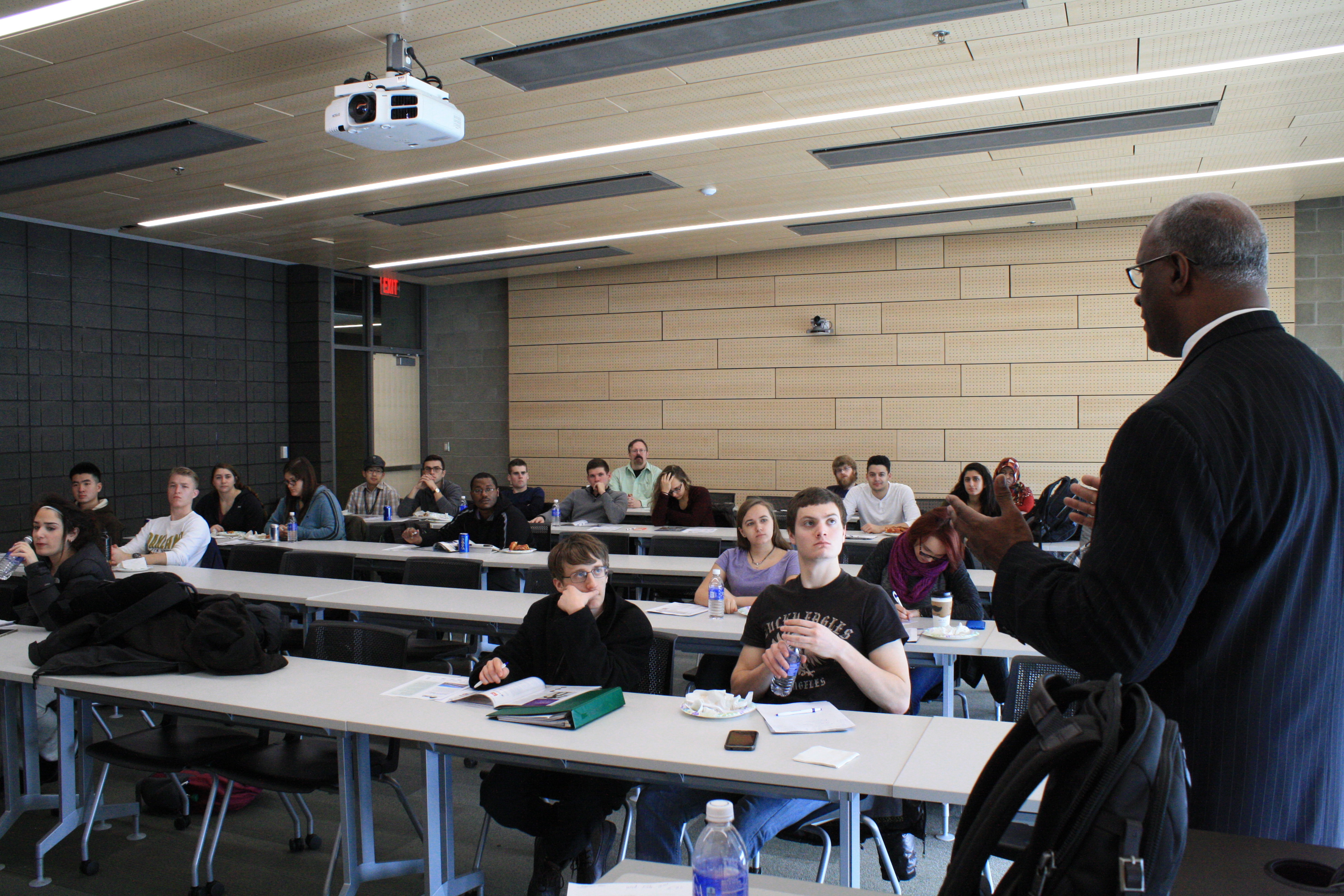 SOUTHFIELD — The Engineering Society of Detroit launched two more student chapters at the University of Michigan’s main campus in Ann Arbor and at Oakland University in Rochester.

Over a pizza dinner at UM and a pizza lunch at OU, students learned about ESD’s professional development, networking and leadership development programs, as well as its member discount programs.

And, ESD executive director Robert Magee pledged to help college engineering students with the “21st century soft skills” they need to succeed, from resume writing to interviewing skills. And he said ESD’s 120-plus corporate members stand ready to help members of ESD college chapters with internship and co-op opportunities.

Magee pointed out at both schools that Michigan has more engineers per capital than any other state, making it the nation’s engineering capital. He said ESD’s goal is to make sure that No. 1 ranking continues.

Here are a few pictures of both chapters’ launches: