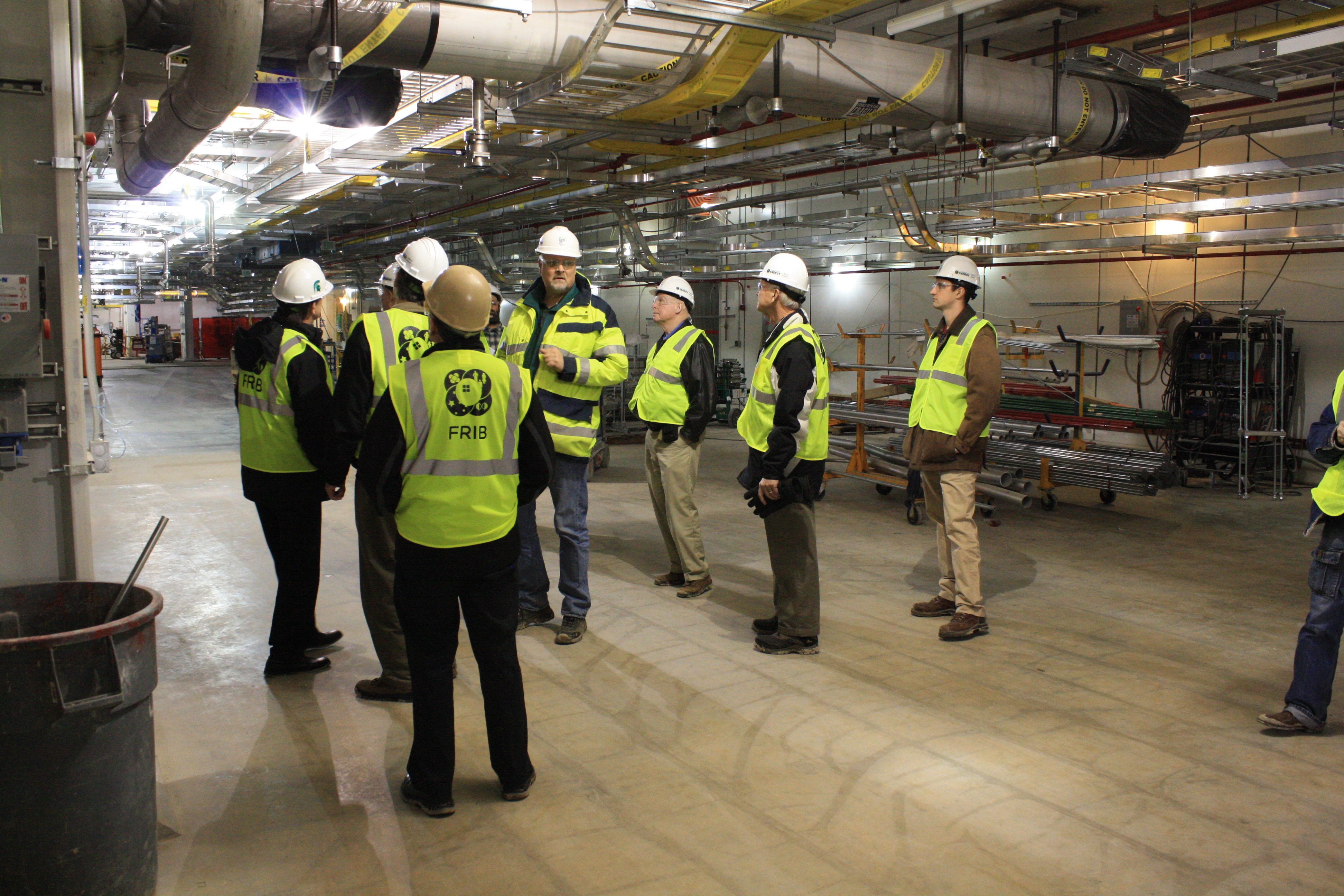 EAST LANSING — A dozen members of The Engineering Society of Detroit got a first-hand look at what will become the world’s most powerful linear accelerator Thursday, as ESD offered a members-only tour of the new Facility for Rare Isotope Beams at Michigan State University.

It has four scientific aims — studying the properties of atomic nuclei; astrophysics, understanding nuclear processes in the cosmos; defense and homeland security, including applications like nuclear material detection; and building the nation’s work force in nuclear physics.

Civil construction — the building itself — is scheduled to be complete next year (and the project is currently 10 weeks ahead of schedule).

The project has created 5,000 temporary construction jobs, and will have 400 permanent high-tech research jobs. The list of scientific users who will use the accelerator currently numbers 1,300.

The FRIB uses electromagnets powered by megawatts of electricity to accelerate a beam of ionized atoms up to nearly six-tenths of the speed of light — more than 350 million miles an hour. Magnets will also be used to bend the beam to obtain only the specific atoms desired. The atoms will be directed into a target, where the force of the collision will split them into other, less massive atoms. The debris will do everything from provide clues to the conditions of the early universe and the guts of stars, to create new isotopes that may have applications in medical treatments or imaging.

The main acceleration corridor is four feet of solid concrete more than 40 feet underground, 600 feet long, 75 feet wide and 15 high. It will be surrounded by huge rooms containing computers and other scientific gear, connected by more than 60 miles of cable.

MSU has long been a leader in nuclear physics research, having operated a cyclotron particle accelerator since 1961. In fact, it’s the No. 1 rated graduate program in nuclear physics in the nation — a reputation cemented by the FRIB.

Here are photos of Thursday’s tour: