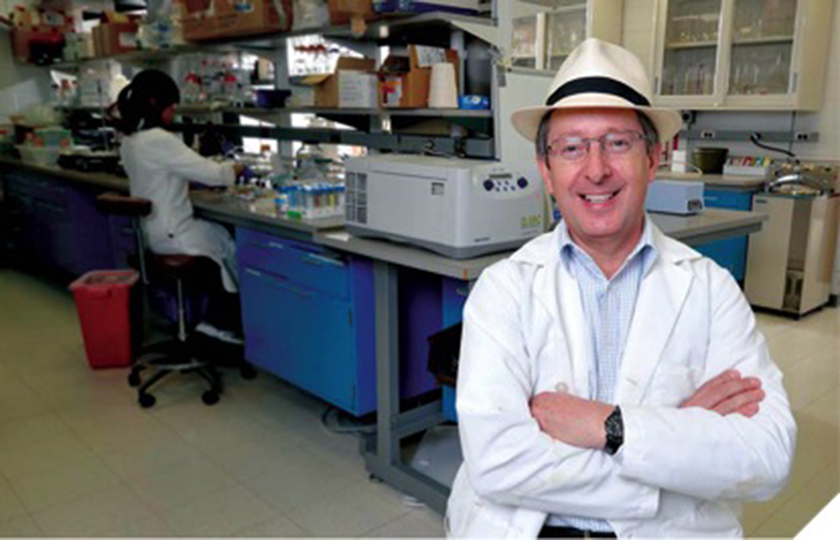 EAST LANSING — University Distinguished Professor Bruce E. Dale, of the Michigan State University College of Engineering, will be inducted into the American Institute for Medical and Biological Engineering College of Fellows in 2016.

The College of Fellows is comprised of the top 2 percent of medical and biological engineers in the country.

Dale was nominated, reviewed, and elected by peers and members of the College of Fellows for outstanding contributions in the biological engineering of transforming plant biomass to food and fuel to achieve a sustainable bioeconomy.

His induction will be April 4 as part of AIMBE’s 25th annual meeting at the National Academy of Sciences Great Hall in Washington, D.C. Dale will join with 160 colleagues who make up the AIMBE College of Fellows Class of 2016.

A member of MSU’s Department of Chemical Engineering and Materials Science, Dale has received many awards and honors during his career. He is the top-ranked academic on the BioFuels Digest Top 100 People in the Bioeconomy list, which recognizes his pioneering work in cellulosic ethanol and ongoing research in biofuels.

At MSU, along with being named a University Distinguished Professor in 2013, he was in 2015’s inaugural class of MSU’s chapter of the National Academy of Inventors — an academy dedicated to recognizing excellence in academic invention, enhancing the visibility of university and nonprofit research institute technology, academic innovation, and educating and mentoring innovative students.

More about MSU Engineering at www.egr.msu.edu.