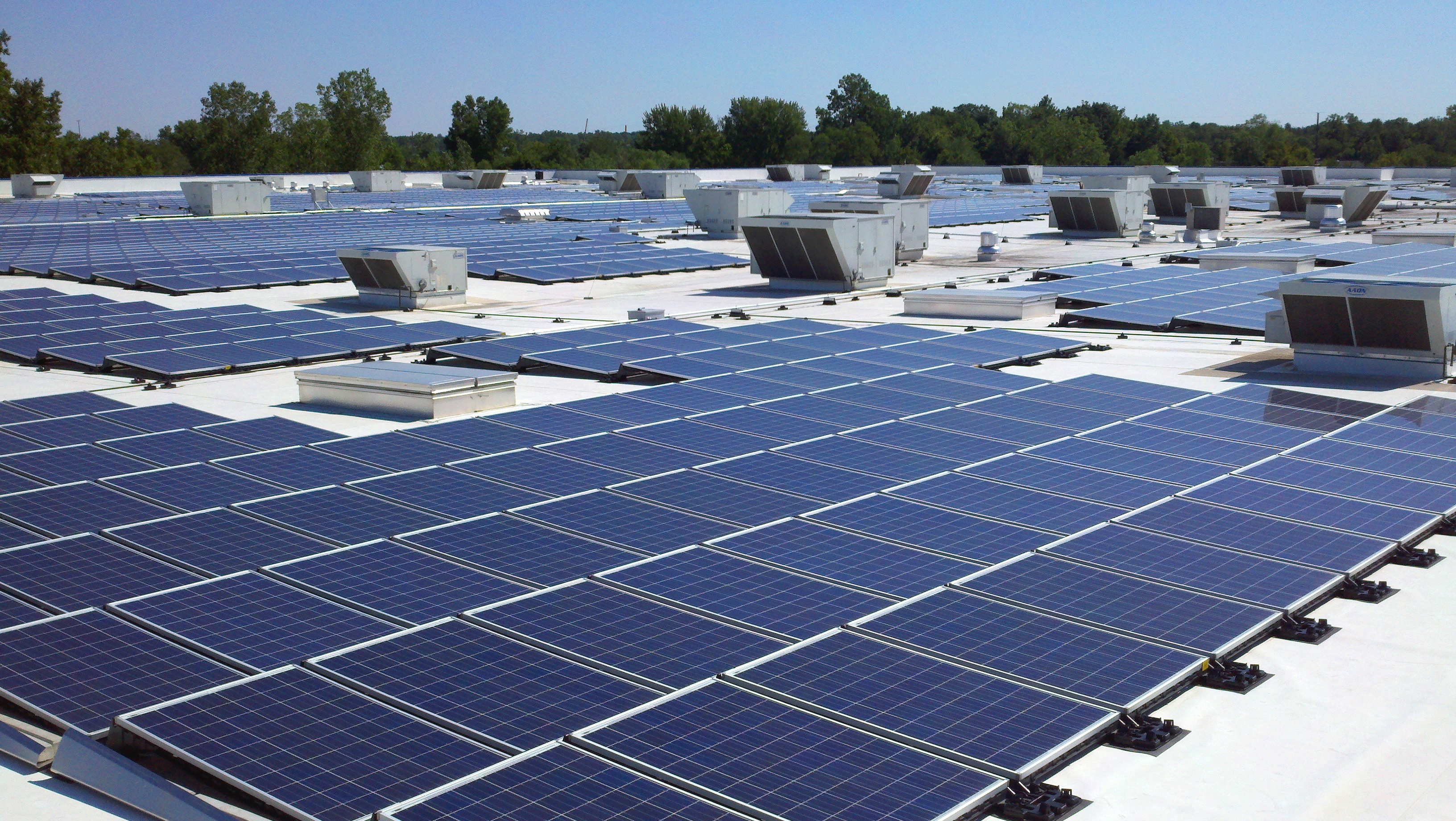 The 40,000-square-foot solar panel addition consists of a 242.1-kilowatt system built with 781 panels, and will produce 293,502 kilowatt-hours more electricity annually for the store.

The solar expansion sits atop a 44,000-square-foot store extension completed in spring 2015. With the addition, Ikea Canton’s 1,219.7-kilowatt solar installation of 4,941 panels will generate 1,408,445 kilowatt-hours of clean electricity each year, the equivalent of reducing 971 tons of carbon dioxide, eliminating the emissions of 204 cars or powering 134 homes.

Expanding this array contributes to the Ikea solar presence at nearly 90 percent of its locations in the United States, with a total generation goal of 40 megawatts. Ikea owns and operates each of its solar PV energy systems atop its buildings, as opposed to a solar lease or power purchase agreement, and globally allocated $1.9 billion to invest in renewable energy through 2015. Moving on its goal of being energy independent by 2020, Ikea has installed more than 700,000 solar panels on buildings across the world and owns approximately 300 wind turbines, including 104 in the U.S.

Located on 30 acres along Ford Road off I-275 at Haggerty Road, the 355,000-square-foot Ikea Canton opened in June 2006. In addition to 10,000 exclusively designed items, the store presents 52 different room settings, three model home interiors, a supervised children’s play area, and a 300-seat restaurant serving Swedish specialties and American dishes. Other family-friendly features include a Children’s Ikea area in the Showroom, baby care rooms, play areas throughout the store, and preferred parking.