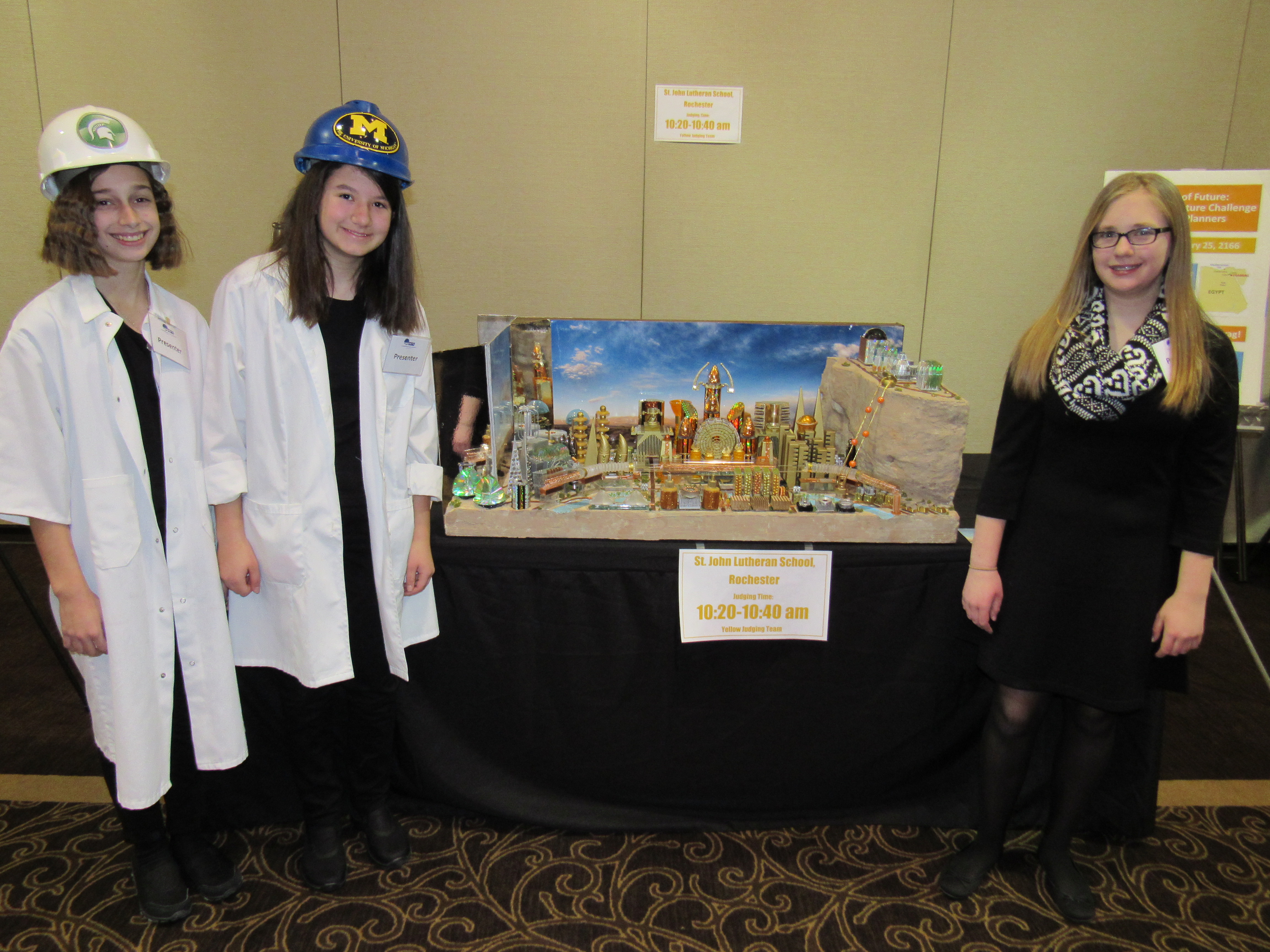 In all, 27 middle school teams competed in the event, now in its 21st year. That’s up from 22 teams a year ago. More than 450 students participated in the event, held at the Suburban Collection Showplace in Novi. Andrew Humphrey, chief meteorologist at WDIV TV 4 in Detroit, served as master of ceremonies.

St. John Lutheran now advances to the Future City national finals, which it has won the past two years. The finals, featuring regional winners from around the country, are held in Washington, D.C. Feb. 13-15 as part of the kickoff of National Engineers Week. St. John also received $500 toward its school’s science programs.

Finishing in second place in the competition was Crescent Academy International of Canton Township. They also received $350.

Third place and $300 went to St. Valentine School of Redford Township. Fourth place and a $250 check were earned by Grand Blanc West Middle School. Rounding out the top five was Patrick Henry Middle School of Woodhaven, which also won a $200 check.

Future City gives sixth, seventh and eighth graders from throughout Michigan the rare opportunity to engage in Science, Technology, Engineering and Mathematics (STEM) activities – and then apply those activities to real-world problems. Students create and build a city set at least 100 years in the future that’s organized around a central theme. The theme changes every year to keep the competition fresh. This year’s theme is “Waste Not, Want Not,” a waste management and recycling challenge, in which students designed cities that recycled as much of their waste stream as possible.

ESD organizes the Michigan regional competition, recruiting more than 150 engineers and scientists from more than 30 employers to serve as team mentors and competition judges.

The event began Monday morning, with teams arriving as early as 7:30 a.m. to set up their city models. Each team makes a presentation on its city to judges, who score the presentation and the model. Those scores are combined with the team’s scores on the Sim City computer game and their essays. The top five teams advance to a final round and make another presentation to a panel of six prominent local engineers and technical professionals, who select the winners.

Teams also competed for more than 30 special awards recognizing achievement in specific engineering and technical fields, such as communication, transportation and green technologies.

In Michigan, the Future City presenting sponsors are the DTE Energy Foundation and the Ford Motor Company Fund.