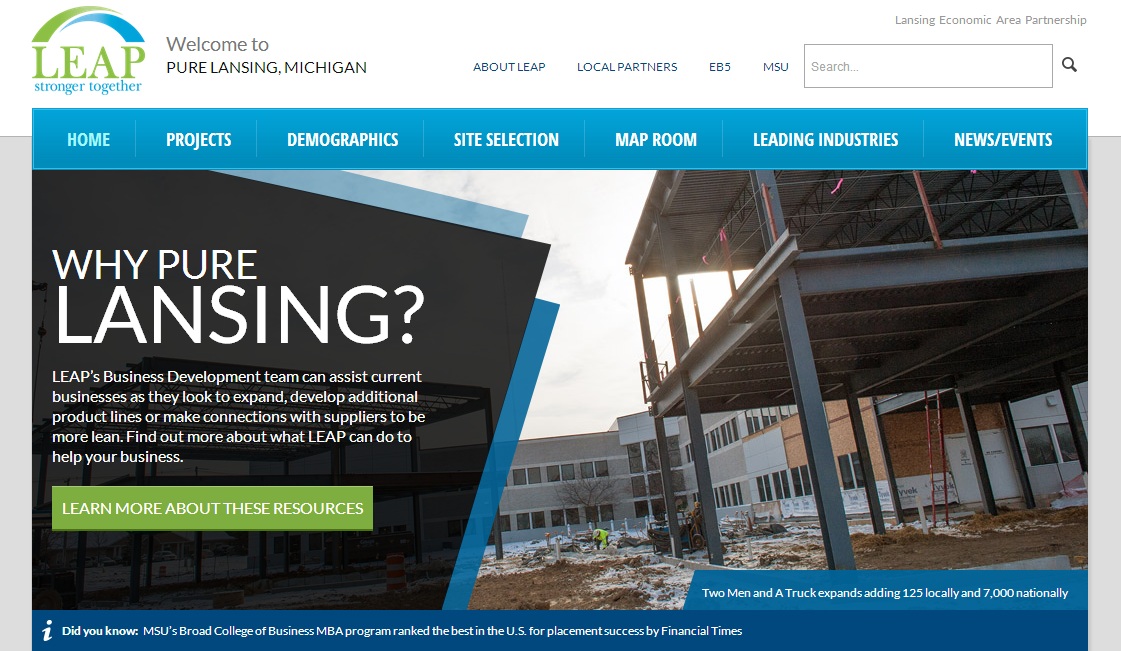 LANSING — Steve Curran, President and Creative Director of Harvest Creative Services, has been named as 2016 chairman of the board of the Lansing Economic Area Partnership, the state capital region’s economic development agency.

Harvest Creative Services is an advertising agency based in central Lansing, between the state capital area and Old Town. Curran has been a LEAP board member since 2010 and is a past president of the Lansing Advertising Club, former district chairman of the American Advertising Federation, and board member of the Michigan Advertising Industry Alliance. He studied business and telecommunications at Towson State University in Maryland.

Curran was also recognized as Entrepreneur of The Year by the Greater Lansing Business Monthly in 2010, and the company earned recognition as Small Business of the Year by the Lansing Regional Chamber of Commerce in 2015.

Said Curran of his chairmanship: “As chairman, I intend to continue the momentum established by LEAP as one of the state’s top economic agencies helping families and businesses. I look forward to continuing to work closely with LEAP’s board of directors, the executive leadership team, and the phenomenal staff. LEAP is aggressively moving forward and striving to place our global region at the top of economic development charts in the state and the nation.”

As for LEAP, its president and CEO, Bob Trezise, noted that since 2012, LEAP-supported private sector projects have created more than 3,600 jobs and led to $850 million in investment in the capital region.

New programming that LEAP will be working on this year consists of an aggressive accelerator industry strategy surrounding the National Superconducting Cyclotron and the Facility for Rare Isotope Beams at Michigan State Univesrity; the launch of the Lansing Proto product startup accelerator program, as well as an active foreign investment initiative.

For more about LEAP, visit www.purelansing.com.