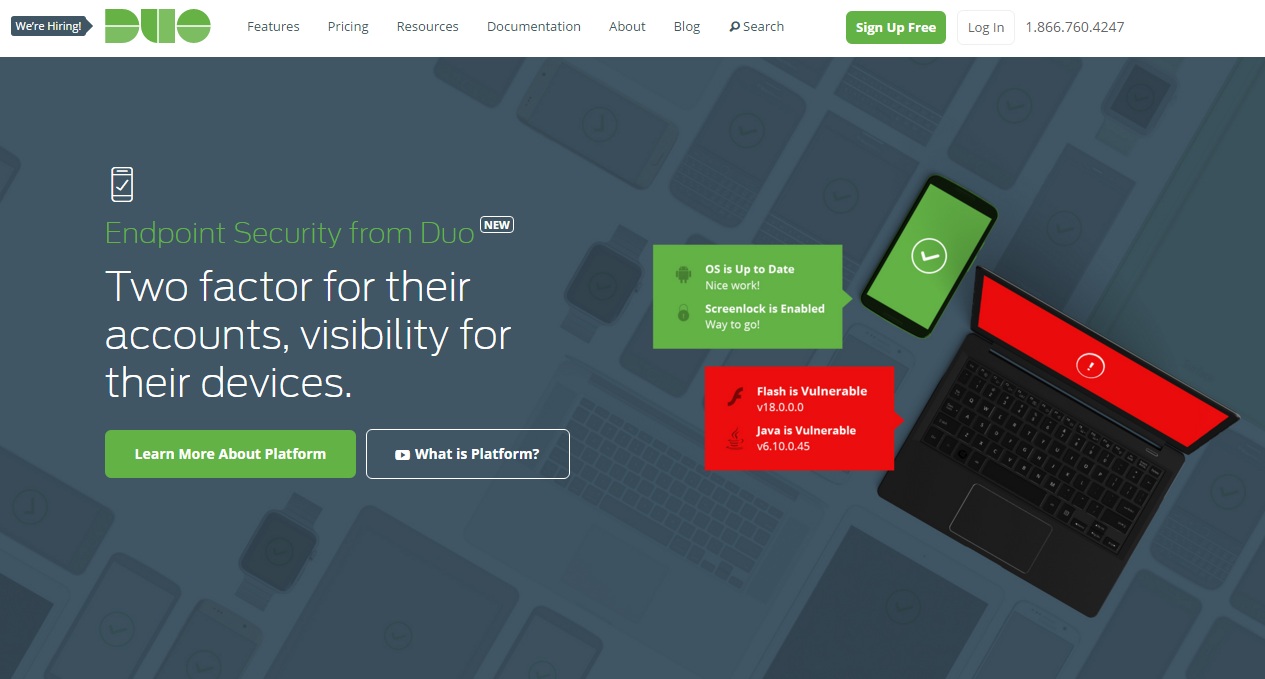 ANN ARBOR — The cloud-based dual-factor security provider Duo Security said it had more than doubled its staff size in 2015, and tripled revenue for the third year in a row.

Duo also said it doubled its customer base during the year, and is now preventing unauthorized data access for companies and institutions such as American Public Media, Virginia Tech University, Fireeye, Duke University, Draft Kings, the University of York, and King.com, the makers of Candy Crush.

According to the venture capital website CrunchBase, Duo has raised $49 million in equity from seven investors. Its initial seed funding came from True Ventures of San Francisco and Resonant Venture Partners of Ann Arbor.

In April 2015, Duo launched its Platform Edition, which builds on two-factor authentication to offer cloud security and endpoint visibility. Customers using Platform can gain insight into the security hygiene of all endpoints, including mobile and unmanaged devices, without installing any agents. This functionality helped several customers address Android Stagefright and Flash vulnerabilities exposed in 2015 and reduce the risk of data breaches. With new functionality introduced in Duo Platform, companies can protect themselves against outdated devices and out-of-date operating systems prone to hundreds of security vulnerabilities.

“It’s all about ease of use and keeping our customers happy,” said Dug Song, CEO and co-founder of Duo Security. “We’re passionate about continuing to be the most loved company in security. People are feeling the pain of the cumbersome security products and we’re here to make it painless for them.”

Try Duo for free at www.duo.com.