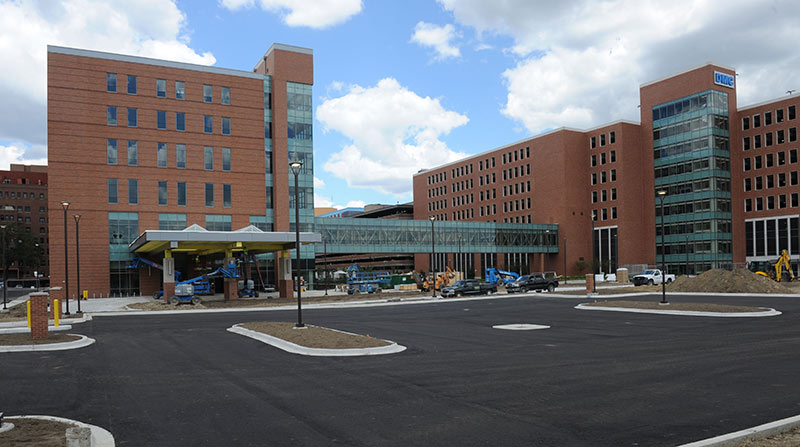 Grines, who is also a professor at the Wayne State University School of Medicine, is using the study to help spearhead the development of a new DMC medical specialty, “cardioncology” – in which heart and cancer doctors combine their skills to protect long-term cancer survivors from the cardiac effects of chemotherapy and radiation.

The new collaborative specialty has recently been endorsed by such authoritative professional organizations as the American College of Cardiology and the American Society of Clinical Oncology. The collaborative trend can also be seen in the rapidly growing number of medical fellowships now being awarded for cardioncology studies, as well as the establishment of the International Cardioncology Society and the launch of a new medical journal dedicated to the fast-growing specialty.

The new study, a massive review of recent U.S. data on how cancer therapies can elevate risks for later cardiovascular disease and heart attack, provides compelling evidence for a significant association between cancer chemotherapy and radiation and diseases of the heart and circulatory system.

“The data in this new study are clear,” Grines said. “They show that cancer therapy is a major risk factor for later heart problems. We’ve known all along, of course, that such therapies as chemo and radiation take a toll on heart tissue and blood vessels – but this latest review of the evidence tells us that cancer therapy can be every bit as important as smoking or high cholesterol.”

A nationally recognized pioneer in interventional cardiology who was the first cardiologist in the United State to insert stem cells into a living heart in order to grow new tissue there, Grines is a co-author of the new “consensus study” by the Society for Cardiac Angiography and Interventions. The study found that both chemotherapy and radiation often cause “significant injury to the vasculature, resulting in angina, acute coronary syndromes, stroke, critical limb ischemia, arrhythmias, and heart failure.”

Because the negative impacts on the heart and blood vessels often show up only years after successful cancer therapy, Grines said cardiologists and heart researchers haven’t been able to collect the data needed to make the connection fully until quite recently.

“During the past 15 years or so – thanks mainly to powerful new drugs and improved radiation technology – we’ve seen survival rates in areas like breast cancer climb to well above 90 percent,” Grines said. “That’s a wonderful improvement for cancer patients, of course … but because it has been relatively recent, the data on how chemo and radiation elevate heart disease risk factors hadn’t fully caught up yet. But now the numbers are coming in, and this new study really underlines the importance of understanding how cancer therapies are elevating the risks for heart disease and heart attack in surviving cancer patients.”

The urgency of the problem, she said, can be found in one particularly revealing finding of the new study, which concluded that, “Given the dynamic state of pharmacotherapy for cancer, with generally dramatic improvements in survival as well as new agents in development (with unclear cardiotoxic properties), it is important that patients are made aware of potential short- and long-term consequences as well as the need to follow up with subspecialists.”

Grines said DMC Heart Hospital is already fully equipped to help screen potential cancer-therapy patients for heart issues that could be affected by chemotherapy or radiation – before such potentially risk-elevating procedures get underway.

“The screening is very important,” she said. “But I also think it’s very important right now for physicians to be aware that cancer patients who’ve had chemotherapy or radiation will often face a significantly elevated risk factor for heart disease.”

DMC Heart Hospital President Theodore L. Schreiber, M.D., said that the breakthrough research by Dr. Grines and her colleagues is “a very hopeful indication for all of us that the Heart Hospital is now leading the way in this crucially new important area of research and clinical treatment.”