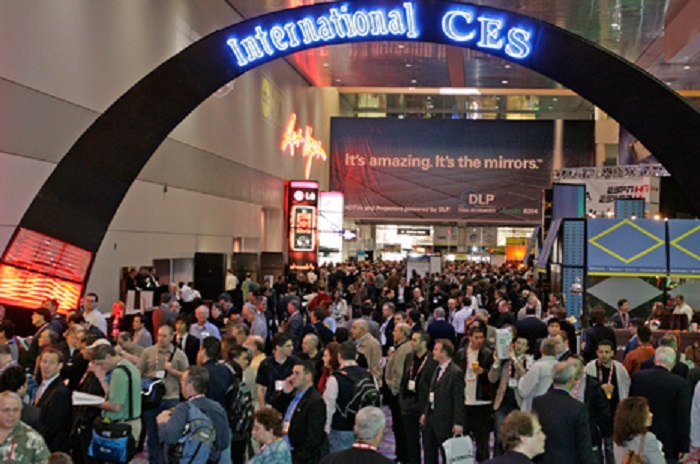 Ford CEO Mark Fields also held the first automotive news conference of CES 2016 on press day at Mandalay Bay, and said the Dearborn automaker would continue to transform itself from a car company to a “mobility company” with “more emphasis on the transportation services sector.”

The reason, Fields said, is that it “makes tremendous business sense.” He said the global auto business has revenue of about $2.3 trillion a year, of which Ford has about a 6 percent share. But the transportation services — buses, taxis, ride sharing — has additional revenue of $5.4 trillion a year, in which Ford gets virtually nothing. He said this market is a great opportunity for Ford.

Ford says it will add 20 Fusion Hybrid autonomous vehicles to its current fleet of 10, adn test them on roads in Michigan, Arizona and California. Ford was the first automaker to test a fully autonomous vehicle at Mcity – a 32-acre, full-scale simulated real-world urban environment at the University of Michigan.

Ford is using the Ultra Puck sensor from Morgan Hill, Calif.-based Velodyne Inc. on its third generation autonomous vehicle system. The sensors boast a longer range of 200 meters, allowing a reduction to two sensors from the previous generation vehicle’s four, and allowing faster development of Ford’s virtual driver software, the decisionmaking system for the autonomous car. The sensors use LiDAR, remote sensing technology that measures distance, direction and speed by illumiating targets with a laser and analyzing the reflected light. The system creates a 3D image of the envrionment around the vehicle.

Ford also announced an effort to link smart devices like Amazon Echo and Wink to its vehicles to allow consumers to control their homes’ lights, thermostats, security systems and other features from their car — and to start, stop, unlock and check their vehicles’ fuel range from their homes. The effort will run through Frod’s Sync system, now in 15 million vehicles on the road, a number that’s expected to grow to 43 million by 2020.

The goal is a surveying system for the United Nations Development Program to inspect emergency zones inaccessible to even the most versatile vehicles.

In a disaster, an emergency response team would drive an F-150 as far as possible into an emergency zone caused by an earthquake or tsunami.

Using the Ford Sync 3 touch screen, the driver could identify a target area and launch a drone by accessing an app projected through Ford Sync AppLink. The drone would follow a flight path over the zone, capturing video and creating a map of survivors with associated close-up pictures of each.

Using the driver’s smartphone, the F-150 would establish a real-time link between the drone, the truck and the cloud, so vehicle data can be shared. Data will be relayed to the drone so the driver can continue to a new destination, and the drone will catch up and dock with the truck.

Applicants to the surveying system challenge can visit http://developer.dji.com/challenge2016. The challenge winner receives $100,000.

Up to 12 startups will receive $120,000 in funding and three months of mentoring and training to develop ideas and solutions aligned with Ford Smart Mobility, the plan to take Ford to the next level in connectivity, mobility, autonomous vehicles, the customer experience, as well as data and analytics.

This class of innovative startups is invited to focus on developing advancements in four key areas: The consumer experience; information technology and data analytics; multimodal trip integration; and flexible ownership and user experience.

Applicants can apply now at www.techstars.com/apply. Deadline for submissions is March 22. Participants will kick off the program June 13, culminating with Demo Day on Sept. 8.

Techstars Mobility, a mentorship-driven accelerator program, launched in 2015 to focus on next-generation mobility and transportation solutions. The program is managed by Techstars, which was launched in 2007 and has accelerated 660 companies that have raised $5 billion.

The consortium includes other corporations, including Magna International, Verizon, Dana, Honda, McDonald’s, Munich Re and Michelin. Each is contributing program funding and mentorship support.

The 2015 class included 10 startups that raised more than $3 million since completing the program. Seven of the companies are establishing a presence in metro Detroit to advance their innovations, including Cosmos, a pay-as-you-go mobile platform, and Elegus Technologies, battery technology that would increase the energy density and safety of traditional batteries – enabling batteries to become smaller and hold more power.