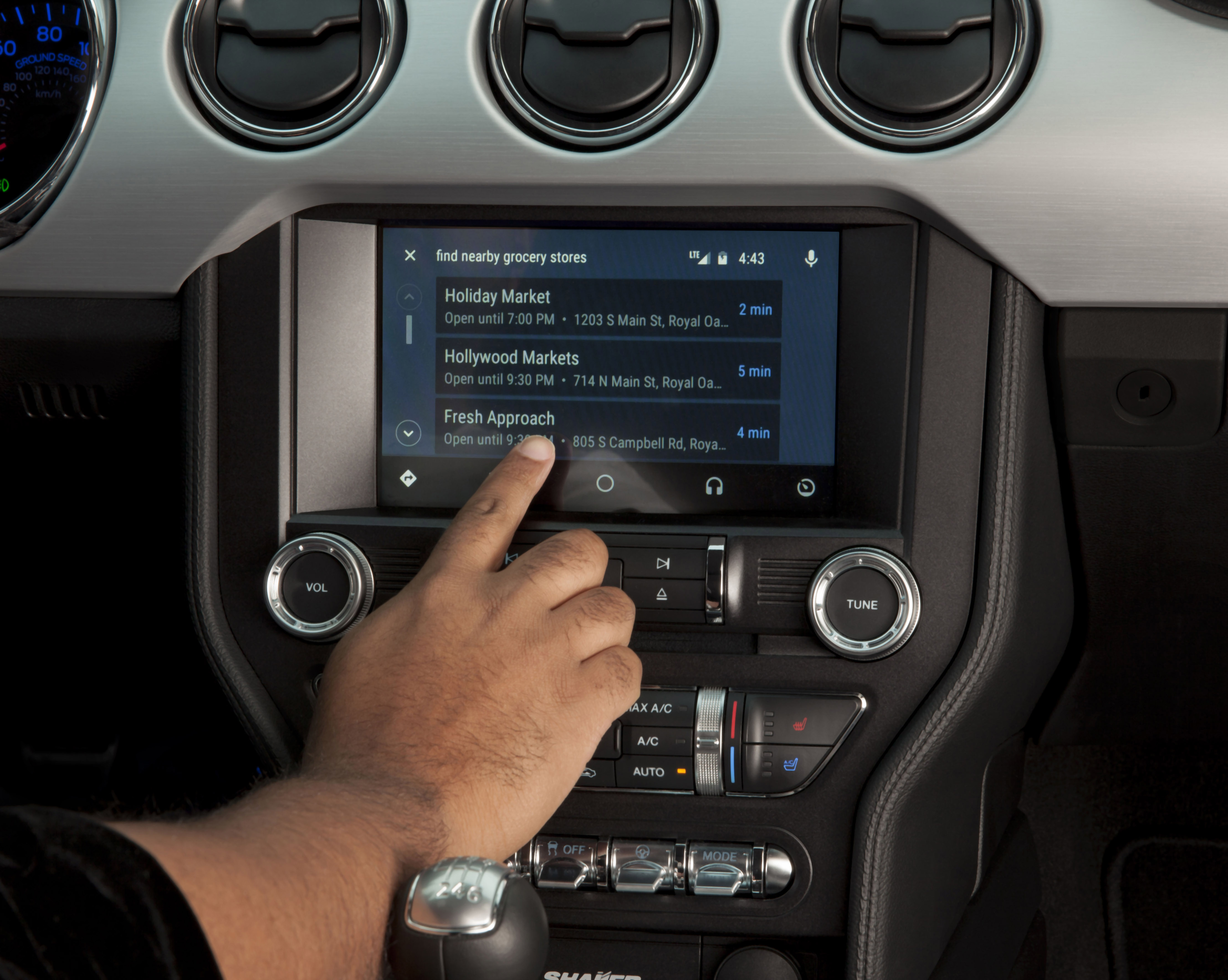 “Sync allows customers to bring the smartphone technology they’re comfortable with into a vehicle and use it without hassle,” said Don Butler, Ford executive director for connected vehicles and services. “With Sync we move at our customers’ pace – making it easy for them to maintain a connected lifestyle no matter their choice of smartphone, apps or services inside and outside their vehicle.”

With more than 15 million Sync-equipped vehicles on roads around the world today and 43 million expected by 2020, Ford’s industry-leading communications and entertainment technology is offering customers even more connectivity. Starting this year, owners of Sync 3-equipped vehicles will have more choice in how they access their smartphones in the car — iPhone users can activate Apple CarPlay, and Android users can activate Android Auto, two interfaces built specifically for those types of smartphones.

In addition, new Sync Connect technology powered by 4G LTE gives owners the ability to remotely access features of their car. Owners can program a remote start, unlock doors, check fuel level or locate a parked vehicle via their smartphone.

With AppLink – the SYNC feature enabling drivers to voice-control smartphone apps from the driver’s seat – Ford is making it even easier to create unique, personalized experiences.

The first apps using available vehicle information such as GPS location and mileage will be available this year, taking the in-car app experience to a more personal and customized level. Apps include:
* AAA/CAA: The app for AAA members in the U.S. and CAA members in Canada uses vehicle GPS data to allow users to access fuel prices, locate fueling stations and use the Here2there route planning feature, which includes traffic, on the move
* Concur: Upon starting a Ford vehicle, Concur users receive a prompt asking if they want to log a business trip. The app then starts clocking mileage from the odometer using vehicle data. Each time the car is turned off, this constitutes one trip recorded in the Trace Trip Journal. At the end of the day, the journal is complete, and the driver is prompted to reconcile the day’s trips
* Eventseeker: Users can discover events from behind the wheel that fit their interest profile based on vehicle location data, finding out more about artists playing nearby, wherever they travel in their Ford vehicle
* Cityseeker: Vehicle GPS data brings the best restaurants, nightlife and other attractions in more than 500 cities worldwide directly to the driver
* Tencent Chelian: Drivers can access China’s most popular social media platform, QQ’s messaging app, as well as music, real-time traffic conditions and streaming radio

Ford is further enhancing AppLink capabilities for developers. A new Send Location feature allows an app to integrate directly with the vehicle navigation system to provide seamless operation without the user having to touch his or her phone.

Debuting on Glympse, the vehicle automatically recognizes if a driver is actively sharing the real-time location via the app. SYNC AppLink will ask if the driver would like to be routed to that destination. The driver can then press Yes to start turn-by-turn navigation.

Apple CarPlay is compatible with iPhone 5 and later models. It works by plugging in the iPhone via USB, then the CarPlay interface appears on the touch screen. Apple CarPlay features Siri voice control, and seamlessly integrates an iPhone with the car’s built-in display and controls.

The integration makes it easy to make phone calls, access music, send and receive messages, get directions optimized for traffic conditions and other features – all while keeping your eyes on the road.

Users of Android devices 5.0 and higher can bring their smartphone experience into their vehicle safely and easily. Convenient information, including Google Maps, Google Play Music and apps are projected onto the Sync screen, offering seamless integration of the
smartphone into the car. Google voice search answers any questions customers may have also while on the road.