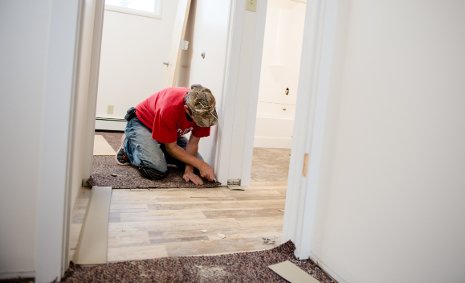 HOUGHTON — Construction has begun on projects included in a $24.3 million bond issue, and already Michigan Technological University’s investment is having a major economic impact on the community, President Glenn Mroz told the Michigan Tech Board of Trustees at its meeting on Friday.

Contracts totaling $6.3 million have been signed with 16 contractors locally, throughout the western Upper Peninsula of Michigan, Wisconsin and Minnesota.

Projects include the renovation of Daniell Heights and the Memorial Union retail dining space, remodeling of East and West McNair bathrooms, and construction of a new tank farm of smaller central heating plant fuel tanks to replace the one remaining large fuel tank.

The Board also reviewed and approved room and board rates and apartment rents for the 2016-17 academic year. Rates for Standard (double or quad) occupancy will increase by $248. At Hillside Place, a single bedroom in a shared apartment will be $9,558 and a single bedroom apartment will cost $10,228. Student rates for unrenovated apartments in Daniell Heights will range from $660 for a one-bedroom to $955 for a three-bedroom. After renovation, rents will range from $700 to $1,200.

In other action, the Board:
•Granted emeritus rank to Juergen Bierbrauer, professor emeritus of mathematic sciences, and Daniel Crowl, professor emeritus of chemical engineering.
•Authorized the president to buy, sell and name any campus property valued at less than $3 million.
•Authorized the School of Forest Resources and Environmental Science to apply to the Michigan Department of Environmental Qualty for a $44,125 grant to study and develop plans to control an emerging invasive species in the Keweenaw, giant and Japanese knotwood.
•Heard a report from Provost Jackie Huntoon about the planning for a new Center to Advance Women and Minorities at Michigan Tech, changes in the William G. Jackson Center for Teaching and Learning, and the new Elizabeth and Richard Henes Center for Quantum Phenomena, in the Department of Physics.
•Learned that the State of Michigan benchmarks our research spending against the 99 Carnegie “research high” universities in the nation, and that with $68.5 million in 2014 research expenditures, Michigan Tech ranks 33rd.