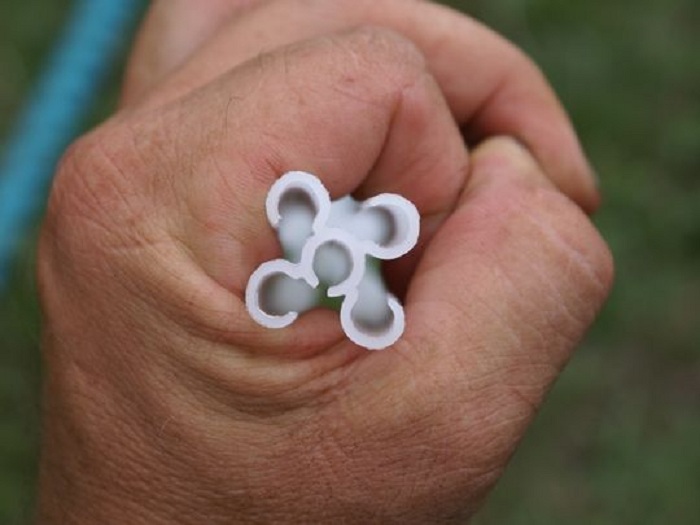 SOUTHFIELD — Lawrence Technological University will be the first of several test sites around the country for an innovative drainage system for parking lots that is expected to significantly reduce stormwater runoff, a major source of water pollution. The goal is to create a new national standard in stormwater design.

The system will be installed in an event from 11 a.m. to 2 p.m. Thursday, Dec. 17 in Lawrence Tech’s Parking Lot D, in front of the Taubman Complex now under construction. Lawrence Tech is at 21000 W. 10 Mile Road in Southfield. More at www.ltu.edu/map.

LTU is partnering with Parjana Distribution LLC of Detroit on the project. According to LTU Professor Donald Carpenter, stormwater runoff is a major cause of water pollution. LTU’s new system is designed to absorb up to an inch of rain in a 24-hour period. This system works by balancing soil moisture and facilitating the movement of water between horizontal soil layers. It is a unique and dynamic solution that addresses soil moisture imbalance, excess water runoff and a lack of underground water recharging.

“The first inch of rain represents the stormwater runoff volume with the highest pollutant loads, so capturing and infiltrating that volume will improve the water quality downstream,” said LTU Civil Engineering Professor Donald Carpenter, who is the project director.

“Stormwater runoff is one of the most pressing issues of development for municipalities and corporations,” said Greg McPartlin, CEO of Parjana Distribution.

The Parjana system can work along with gray or other green water management systems such as best management practices or independently. At Lawrence Tech, the new drainage system to be tested also incorporates Haydite — a kiln-fired composite of clay, shale and slate, used as a water filter — and Xeripave, a brand of water-permeable paving materials.

LTU and Parjana have received a $100,000 grant from a foundation and need to raise an additional $300,000 to complete the pilot project that will include similar demonstrations in partnership with universities in Ohio, California, Florida and Washington, D.C. The name of the foundation was not immediately disclosed.

Each location will have monitoring equipment to gather performance data from the experimental drainage system. The results will be published with design guidelines. The goal is to develop a system that can be used across the country

The new system, which will replace the existing drainage system in a parking lot, requires a six-foot excavation that is 20 feet by 25 feet, about the size of two parking spaces. A rounded, standard-size manhole is installed. The site is then covered with permeable pavement. The installation is to take place in Lawrence Tech’s parking lot D, between the Science Building and the Lodge service drive at the end closest to the new Taubman complex.

Parjana’s system is a 10- to 20-foot-long plastic tube with chambers and openings (see illustration above) that’s about as big around as a quarter. In an installation, dozens to hundreds of them are driven straight down into the ground, typically a few feet apart. In the ground, they act as a gravity-powered water pump, pulling water from the surface to the soils deep underground — as far as the Parjana straws extend downward. The devices also move the water horizontally, equalizing the amount of water in soils all along their length (that’s why they have an opening on the side, to allow water to seep out into dry areas along their length until it’s no longer dry).

In dozens of installations, the Parjana system has eliminated ponding problems at golf courses, airports, college campuses, and other sites.

Carpenter is the founding director of the Great Lakes Stormwater Management Institute at LTU. He has done extensive research on low-impact development techniques to reduce stormwater runoff, and served on the State of Michigan Low Impact Development Technical Implementation Committee.