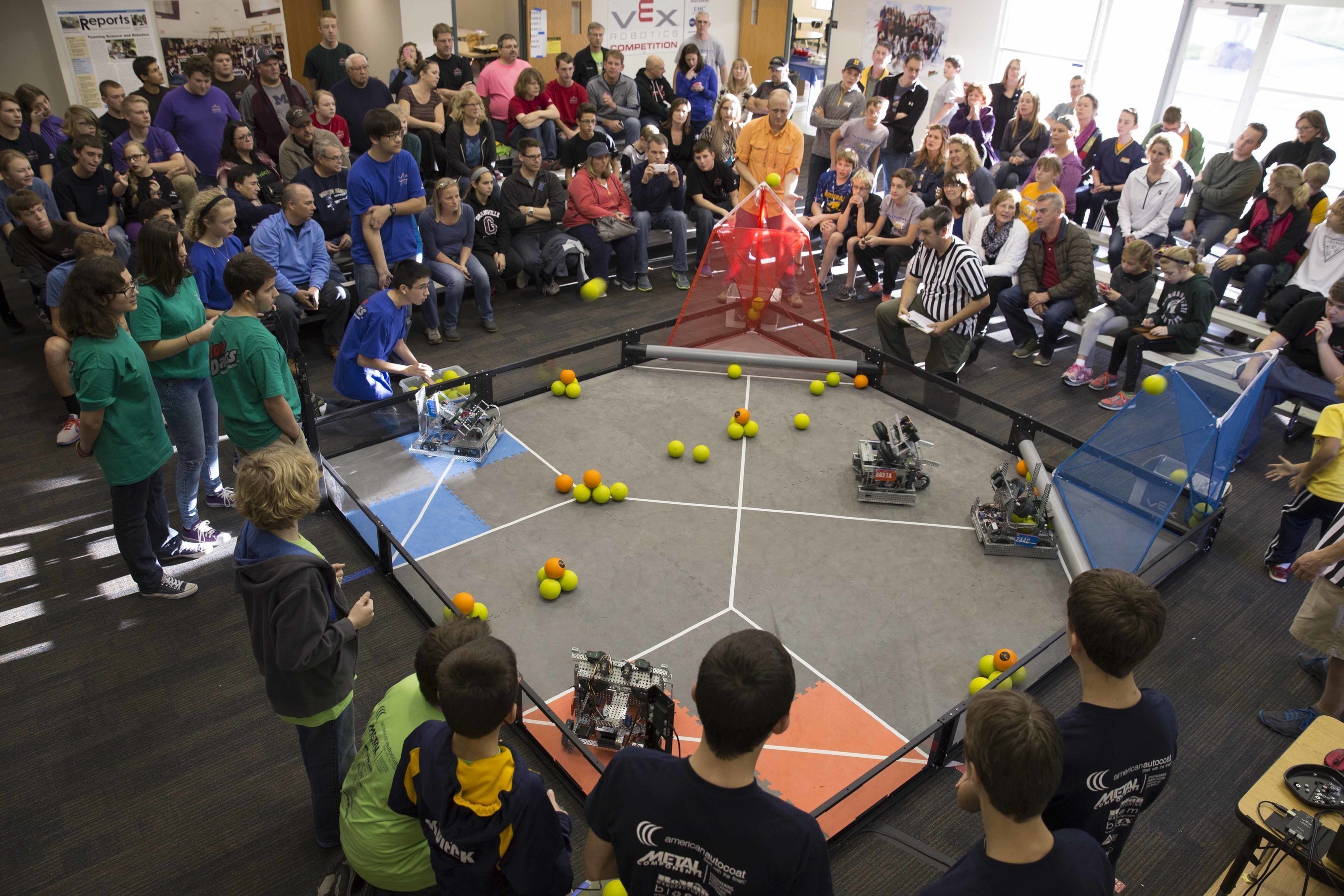 GRANDVILLE — More than 800 leading middle and high school VEX Robotics students from across Michigan will come together on Saturday, Dec. 5 to compete at the largest VEX qualifying tournament in the state of Michigan.

The action-packed tournament, being held at Grandville High School, will feature more than 96 teams who will compete with and against other schools in a series of back-to-back robot challenges.

Participants will compete for the championship title by strategically executing the VEX Robotics Competition Nothing But Net game, playing robots they designed, built and programmed from the ground up.

The Grandville Regional VEX Qualifier is one of more than 1,000 VEX Robotics Competitions taking place internationally throughout the 2015-16 school year. VEX Robotics is the world’s fastest growing competitive robotics program for elementary schools, middle schools, high schools and colleges around the world, with more than 12,000 teams from 33 countries. The competition season culminates each spring, with the highly-anticipated VEX Worlds, uniting top qualifying teams from local, state and international VEX Robotics events.

“The robots that students build and the competitions that they compete in are an inspiration to see,” said Chris VanderSlice, principal at Grandville High School. “The VEX Robotics Competition provides kids with an engaging hands-on learning experience that instills a passion for science and technology which encourages them to pursue STEM-related education and careers.”

More information about the VEX Robotics Competition is available at RoboticsEducation.org or at RobotEvents.com.

The Grandville High School RoboDawgs are one of the United States’ largest and most accomplished high school robotics teams. Grandville Public Schools has been a leader in educational robotics for more than 18 years. Beginning with one high school robotics team in 1998, the district’s program has now grown to include more than 78 teams based at the District’s Robotics & Engineering Center. More than 700 students, from second through twelfth grades, participate on Grandville robotics teams, designing, building, and programming robotics for competitions around the world. Grandville has one of largest Lego League programs in the country, and it is home to sixteen elementary VEX IQ teams. These students go on to compete in the District’s VEX Robotics program at the middle school level, as well as the FIRST Robotics competition and the Great American River Race at the high school level. Team members build quadcopters and underwater rovers for high school competitions in the Midwest. This year, the RoboDawgs’ high-altitude balloon program is expected to achieve long distance sustained flight through neutral buoyancy for the first time.