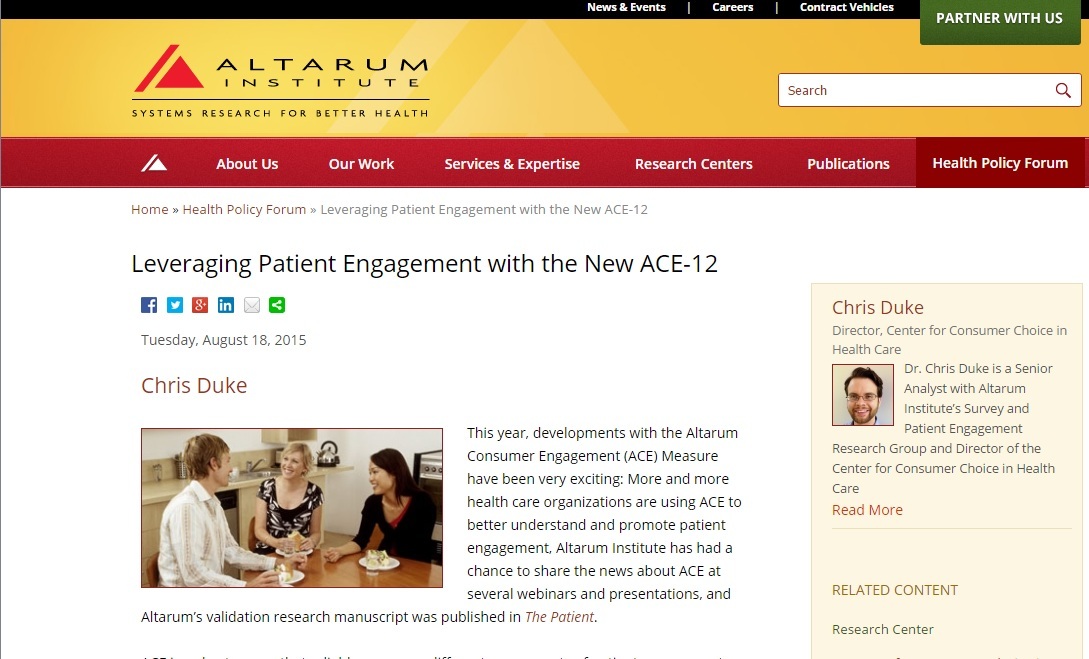 ANN ARBOR — The health sector added a robust 44,900 new jobs in October and now accounts for 10.7 percent of total American employment, an all-time high, according to the monthly Health Sector Economic Indicators from the Center for Sustainable Health Spending at the Ann Arbor-based Altarum Institute.

Year-over-year hospital prices rose a scant 0.7 percent in September, while physician prices continue to run a percentage point lower than a year ago. Prescription drug prices rose 4.2 percent — still high, but down from the multi-decade high of 6.4 percent price increases seen in December 2014.

After reaching an 8-year high in February, the health spending growth rate has steadily declined from 6.8 percent to 5.5 percent in September, year over year. Barring significant downward revisions in the next few months, spending growth for all of 2015 is likely to be well above the 5.3 percent projected by the Centers for Medicare & Medicaid Services.

Among health care employers, hospitals have added 148,000 jobs from January through October 2015, a six-fold increase over the 23,000 jobs added over the same period in 2014. Over the past 12 months, health jobs grew 3.3 percent, while non-health jobs grew by 1.9 percent.

“The high rate of growth in health jobs shows no signs of abating,” said Center for Sustainable Health Spending director Charles Roehrig. “However, we believe that this high growth is linked to expanded coverage, which has begun to level off, and this suggests a commensurate slowdown in health employment in the near future.”