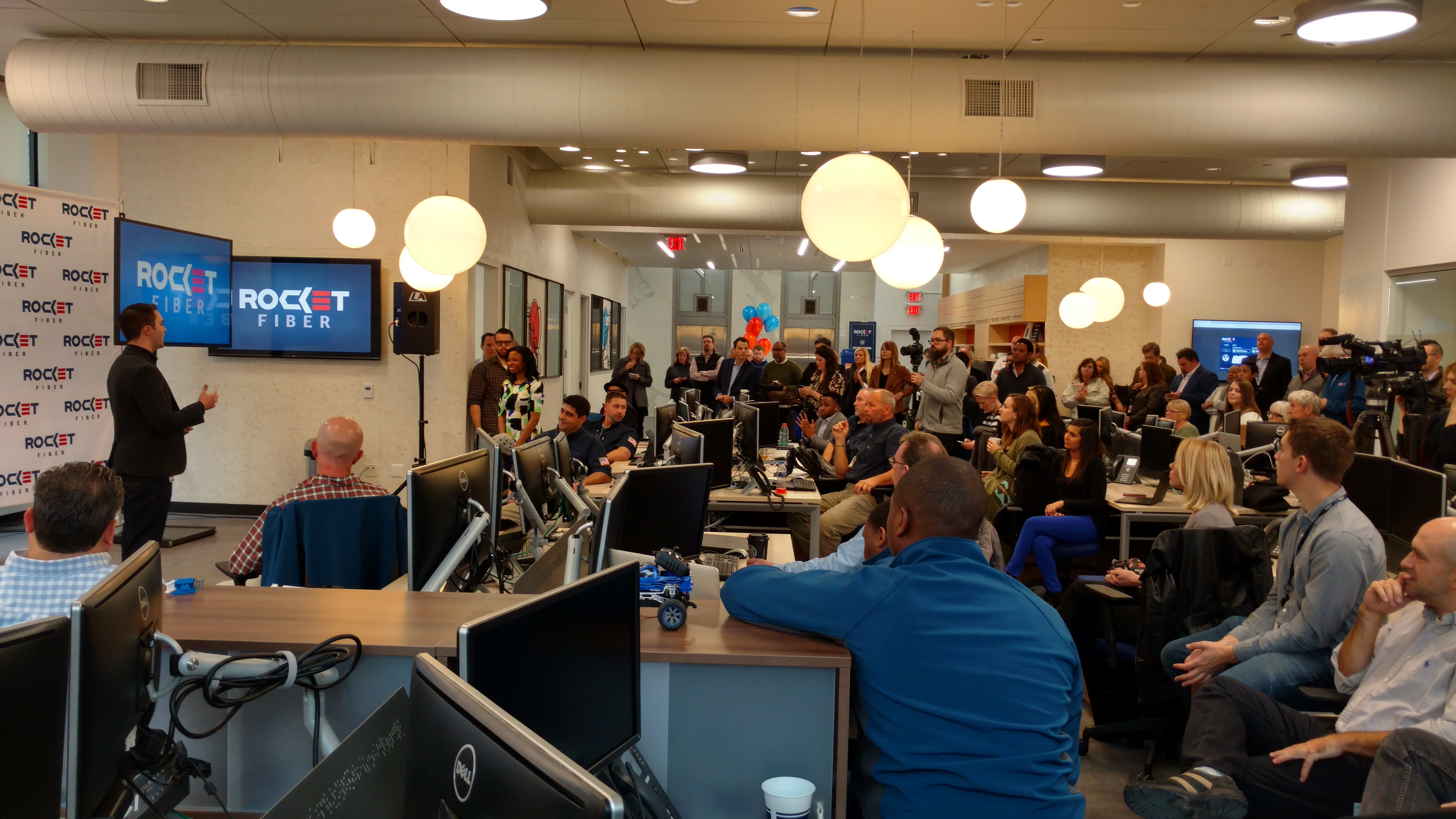 DETROIT — In a way, it was appropriate: On a day when 50-mph wind gusts tore through Michigan, Detroit-based Rocket Fiber announced residential and business internet speeds that will blow you away.

For those keeping score, the average home broadband connection is about 10 megabits per second. The $70-a-month plan is 100 times faster than that; the $299 plan, 1,000 times faster.

“This takes the internet out of the innovation equation,” Rocket Fiber co-founder and CEO Marc Hudson said. “For everything you do, the internet is the bottleneck. At these speeds, it’s no longer a bottleneck.”

Rocket Fiber was founded less than 18 months ago by two software developers at Quicken Loans — Hudson and Randy Foster — and Edi Demaj, a leasing and development project coordinator for Bedrock Real Estate.

The company started as an internal Rock Ventures project in 2013. The three men pitched the concept to Rock founder Dan Gilbert in 2014 — and Gilbert promptly invested in the idea. Since receiving funding, Rocket Fiber has installed a 17-mile fiber optic network throughout Detroit’s Central Business District, and is beginning to move north toward Midtown. The network is directly connected to
multiple internet backbone providers.

Hudson said Rocket Fiber is a great example of the entrepreneurial opportunities available in today’s Detroit.

“There’s no other city in the world where three guys could come up with an idea like this and make something like this happen,” Hudson said. “There’s incredible opportunity here.”

Rocket Fiber is now housed in 6,000 square feet at 1505 Woodward Ave. It currently has 30 employees and is continuing to hire.

And Hudson said Rocket Fiber won’t be content to confine its services — the fastest residential internet in the world, he noted — to downtown Detroit.

Hudson said residential service has already begun at downtown’s Albert and Malcomson Buildings. Also, 19 office buildings have been connected to the Rocket Fiber network, including the First National Building and One Kennedy Square.