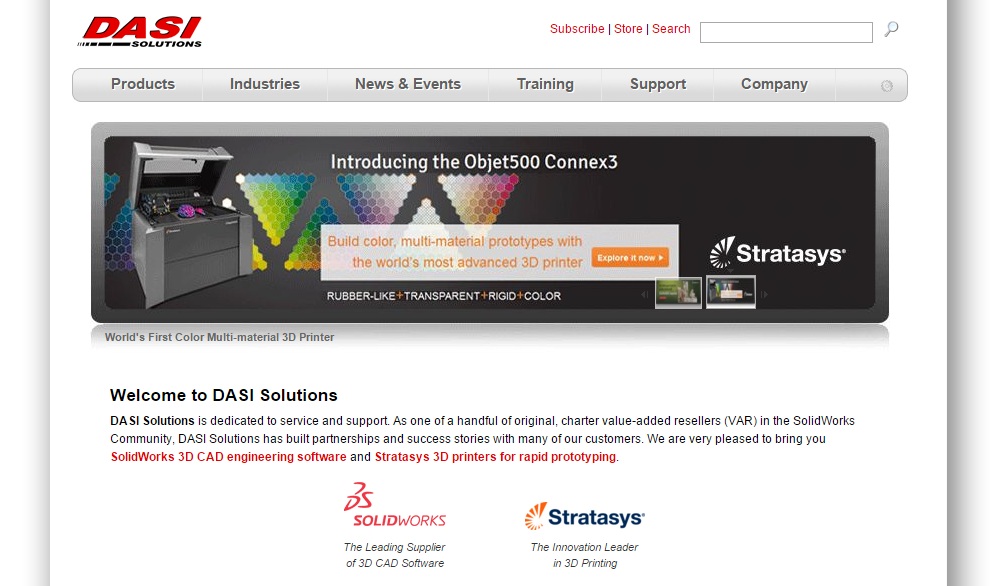 PONTIAC — Nearly 20 members of The Engineering Society of Detroit got a peek at the “next industrial revolution” Thursday with a tour of the 3D printing laboratory of Pontiac-based DASI Solutions.

DASI owner and co-founder David Darbyshire gave the members a detailed history of the family-owned business — which now employs four of the 11 children of David’s father, an engineer.

The company’s roots to back to 1991 as an engineering consulting company with the clearly family-oriented name Cyb LLings LLC. In 1995, the company added the name Microsolid Solutions, selling SolidWorks computer assisted engineering and design software. DASI Solutions was founded as an offshoot of Microsolid in 2002. It opened offices in rand Rapids and Saginaw in 2003, and in Flint and Saginaw in 2004.

Today’s 3D printers offer a far wider range of raw materials, colors and object textures than those of a few yaers ago. DASI offers two kinds of 3D printing — polyjet with photopolymers that change from liquid to solid in the presence of ultraviolet light, and FDM, fused deposition modeling, in which objects are built with layer upon layer of thin monofilament line squirted through a very fine-tuned hot glue gun.

Darbyshire said 3D printing is here to stay in manufacturing — for example, both Boeing and Airbus use dozens of 3D printed parts in their latest airplanes. 3D printing offers unrivalled flexibility in the design and look of manufactured parts, with 3D printers now able to combine three different materials and dozens of color combinations in the same part.

More about DASI at www.dasisolutions.com.

Darbyshire’s other passion is the revitalization of downtown Pontiac. He encouraged those attending to explore real estate opportunities in the Pontiac area.