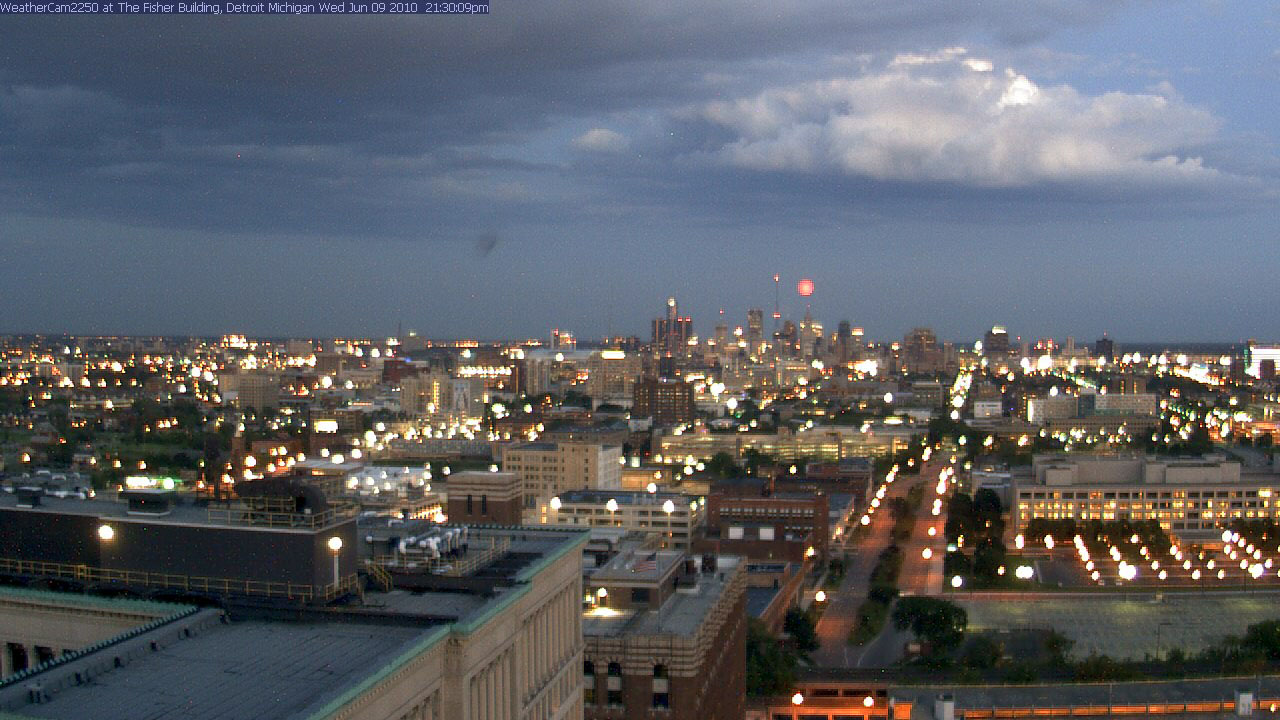 DETROIT — The Detroit Institute of Arts recently acquired “Detroit Weather: 365 Days,” a 2011 video by Susan Goethel Campbell that documents one year of weather in Detroit and the effect of weather on the surrounding environment. The piece will initially be on view Nov. 21, 2015 through April 24, 2016 in a gallery adjacent to Rivera Court.

The purchase was funded by long-time DIA patron Ruth Rattner. “We are grateful to Ruth for her loyal commitment to the DIA and her support for the arts,” said Salvador Salort-Pons, DIA director. “I am sure this Detroit-focused video will be a favorite among our visitors.”

The 90-minute, two-channel video splits the year of weather in half based on the summer and winter solstices and comprises thousands of still images taken every minute, 24 hours a day for a year from a webcam on the 22nd floor of Detroit’s Fisher Building.

Running at 30 frames per second, the video shows three different areas of Detroit: the southern view includes downtown and midtown; the view to the southwest captures Zug Island, the Ford River Rouge complex and the Ambassador Bridge near the horizon; and the eastern view shows the Detroit incinerator and a reflection of Lake St. Clair in the distance.

Campbell, who lives in Huntington Woods, said she was inspired by the webcams located in national parks.

“I was most interested in a camera located in Yellowstone National Park that was aimed at Old Faithful, which refreshed an image of the park every 15 minutes,” said Campbell. “I wanted to create a piece that was significant around the concept of time, so I chose to record a year’s worth of weather over the city.”

Campbell collects, documents and observes seasonal change and ephemera in both natural and artificial environments. Her art focuses on landscape as an integrated system where nature, culture and the engineered environment are indistinguishable from one another.

The DIA is home to 60,000 works of art that present a multicultural survey of the human creative impulse from prehistoric times to the present day. More at www.dia.org.