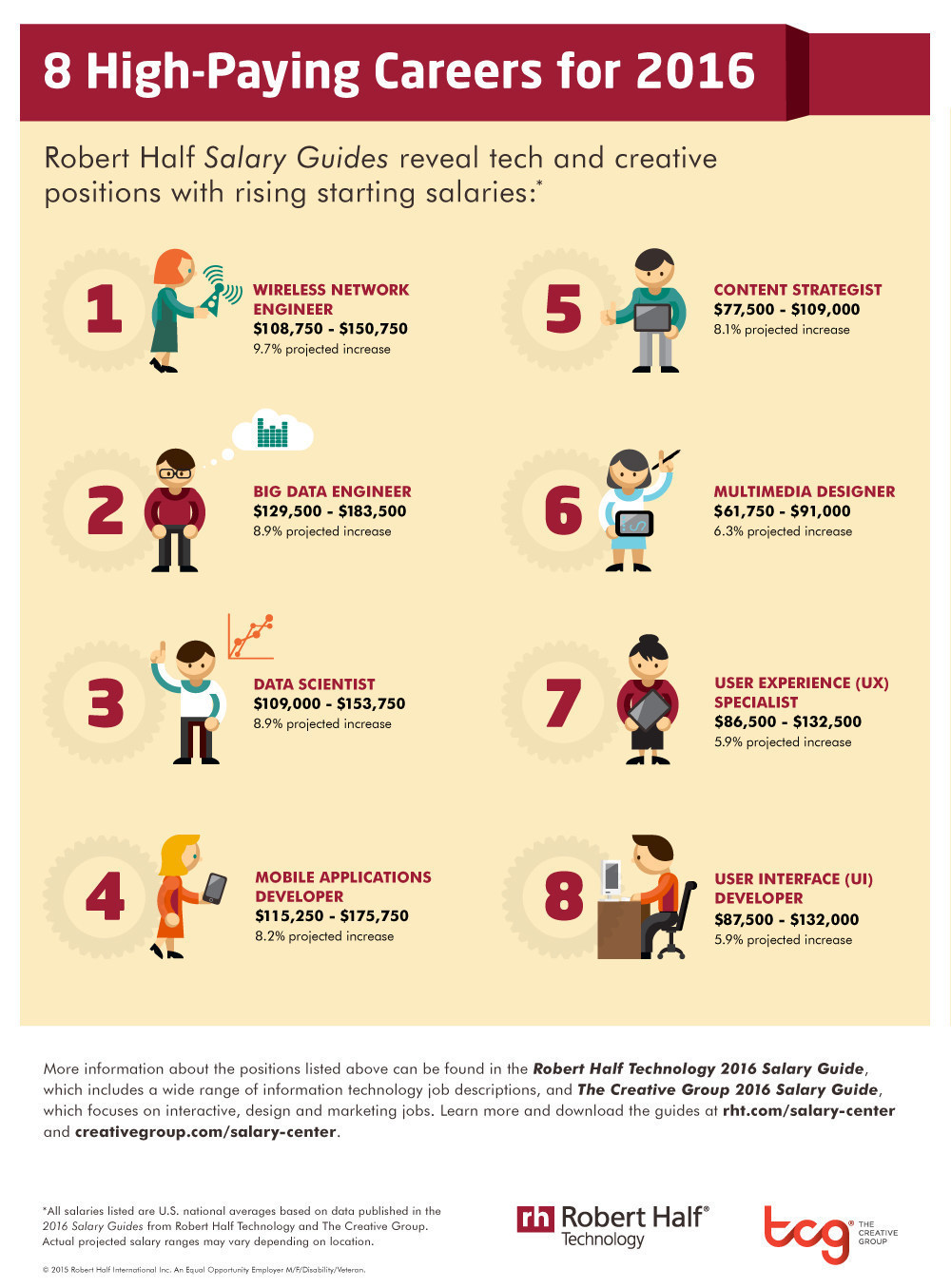 MENLO PARK, Calif. — The IT staffing firm Robert Half Technology has released 2016 Salary Guides for technology and creative fields that show steep pay increases ahead for some specialties.

Base salaries in technology and creative fields are expected to increase 5.3 percent and 3.8 percent, respectively, in the coming year. But some roles are projected to see even bigger pay bumps. For example, wireless network engineers’ salaries are expected to jump 9.7 percent and range from $108,750 to $150,750.

They’re available from www.rht.com and www.creativegroup.com. Both are divisions of Robert Half, the world’s largest staffing firm.